Bitcoin Has One Day Left Until Fatal Flaw Destroys It, According to Craig Wright's Prediction

Alex Dovbnya
In 2018, Craig Wright brazenly predicted that Bitcoin (BTC) could be ultimately destroyed in 2019 due to a "fatal flaw." He has one day left 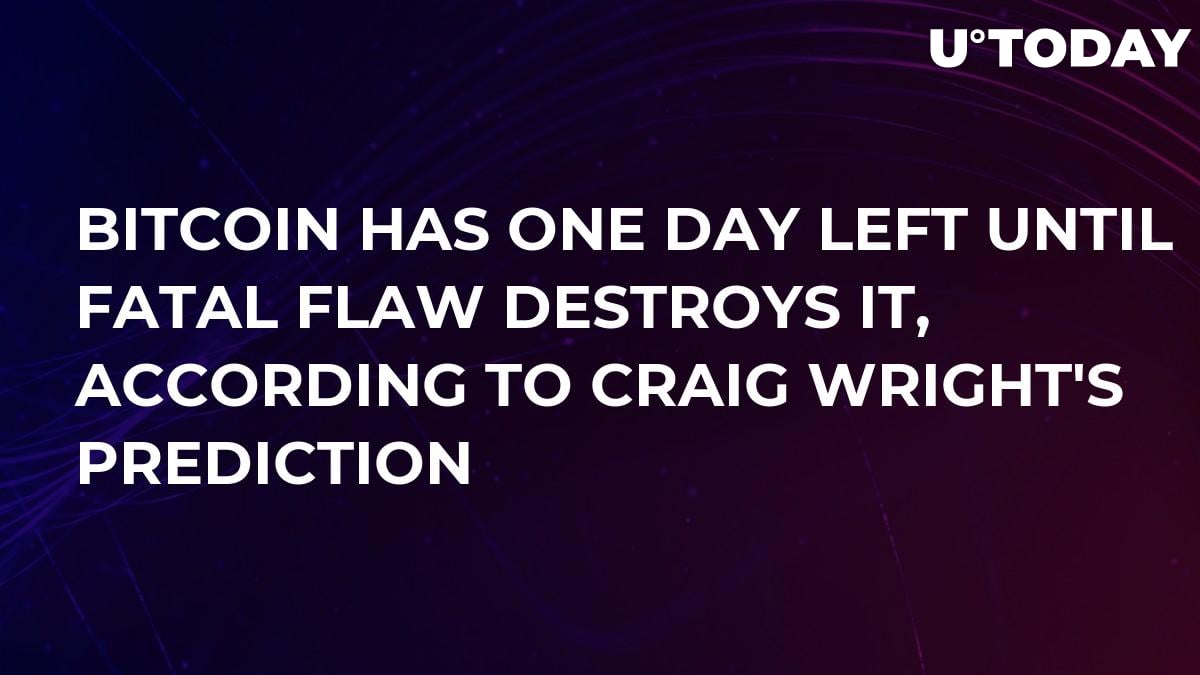 During one of his anti-Bitcoin tirades, nChain scientist Craig Wright, who claims to be the man behind the Satoshi Nakamoto pseudonym, made a bold prediction that BTC would go down in flames the following year due to a fatal flaw in its code.

"...they will learn next year that there is a fatal flaw in BTC and by fatal I mean there won't be any BTC by the end of next year."

As expected, this was nothing more than fearmongering from the self-proclaimed Satoshi Nakamoto. Bitcoin is still alive and well at the end of 2019 as its network continues to grow stronger.

Wright will also have to eat his words one more time unless the price of his beloved Bitcoin SV (BSV) fork touches $1,200 by the end of the year. Wright stated that there was a 97.8 percent chance that such an outlandish price forecast would come to fruition.

Considering that BSV is currenlty changing hands at $97.29, it would take a mammoth-size 1,137 percent price increase to propel it to Wright's target by the end of this year.