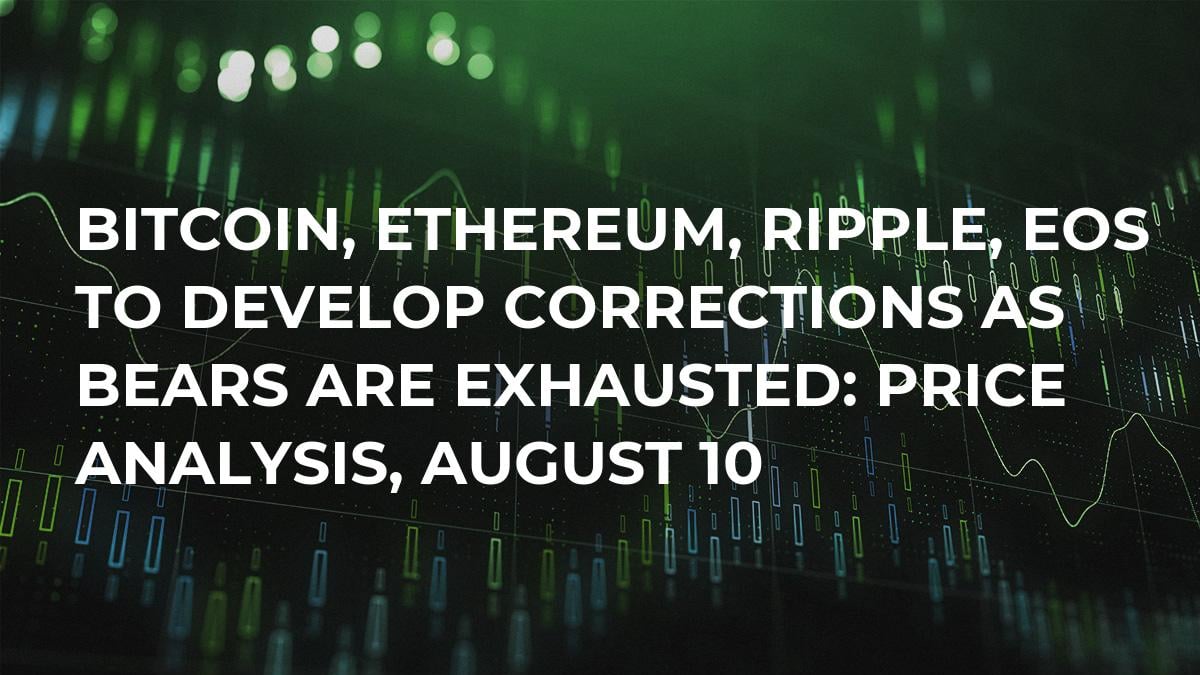 Hello, this is Andrew Strogoff again and today we are going to look at the four most popular I think cryptocurrencies in this industry. First thing that I would like to mention is that the downtrend is done. Bulls have finally found support and were able to build a strong wall, which currently prevents the price from further decline.

As for that downtrend that we had previously, I think that it was partially related to the SEC decision and expectations. I think that market participants were playing this negative scenario in advance. I would like to remind you that SEC postponed the decision on the first Bitcoin ETF.

However, I don’t think that this is the first and the main reason for the downtrend. The fact that Bitcoin ETF’s decision was postponed was not able to be the reason for this huge decline itself. I still believe that there were more psychological reasons and the period of holidays.

As for the interesting events, a young hacker has breached the security system of Bitfi wallet, promoted by McAfee. This young man has made a report on Aug. 1. He has managed to get root access of the wallet. Previously, McAfee stressed that this wallet has the highest level of security from hackers.

Once the tweet by Saleem Rashid was published, McAfee replied that getting access to root is nothing to deal with wallet’s security. However, a teenager has managed to install Doom game in a couple of days. Some members of the community say that this proof is enough to say that Saleem has managed to breach the security system.

Bitcoin stopped to decline on Thursday and reversed towards the closest resistance area. The currency pair still resides below the red descending trend line meaning we still have the downtrend but this upside correction may break it once the price is above the trend line. 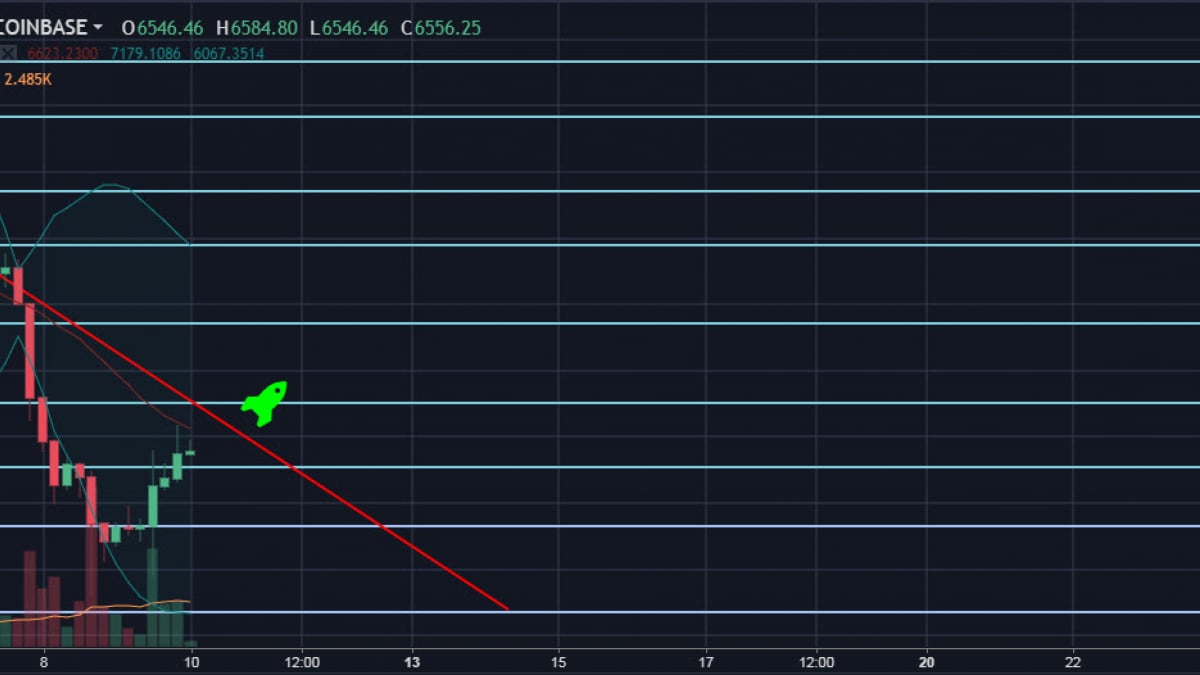 Bitcoin has reached the support area at $6,329 but failed to develop the downtrend as bears were exhausted. I have forecasted this scenario and the downtrend was huge already and BTC/USD had to make a stop and start a correction.

However, if bears regain control, they will be able to break this bullish scenario and push Bitcoin even lower. I think that the moment of truth will be close to the red descending trend line. If buyers are unable to break it, then bears will take care of. 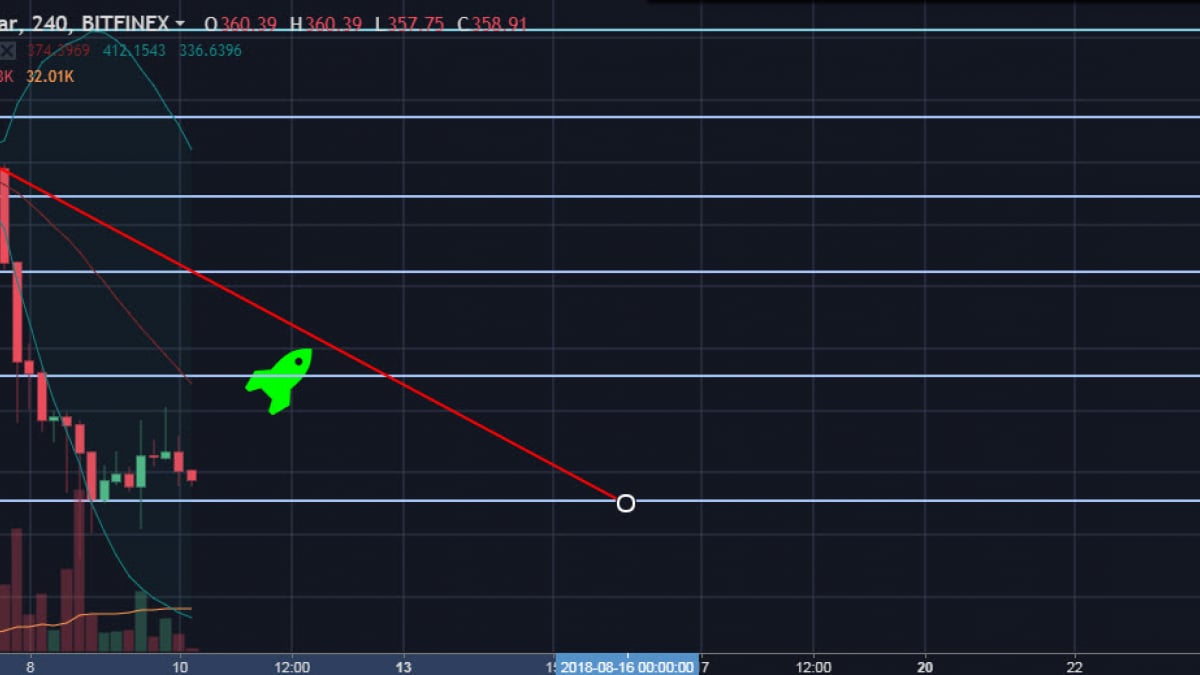 Ethereum has reached the support area at $355.45 but failed to develop its downtrend. The currency pair stopped there and reversed towards the closest resistance area at $375.60. However, ETH/USD’s bulls are still unable to reach this target. Moreover, I can see the bearish flag as I have previously mentioned and the shooting star candlestick model, which is one more single for Ethereum to go downwards.

The closest targets below is the support area at $355.45. However, Ethereum has chances to develop its decline even further.

As for the bullish scenario, it is also possible currently. If the price stops at the support area at $355.45, then ETH/USD will be able to start growing towards $375.60 again.

Ripple is trading below the red descending trend line for a long time already. I have predicted a correction and we had it, but I think it was consolidation alike. XRP price has tested the resistance for several hours and retreated later leaving bears chances to develop the downtrend again. 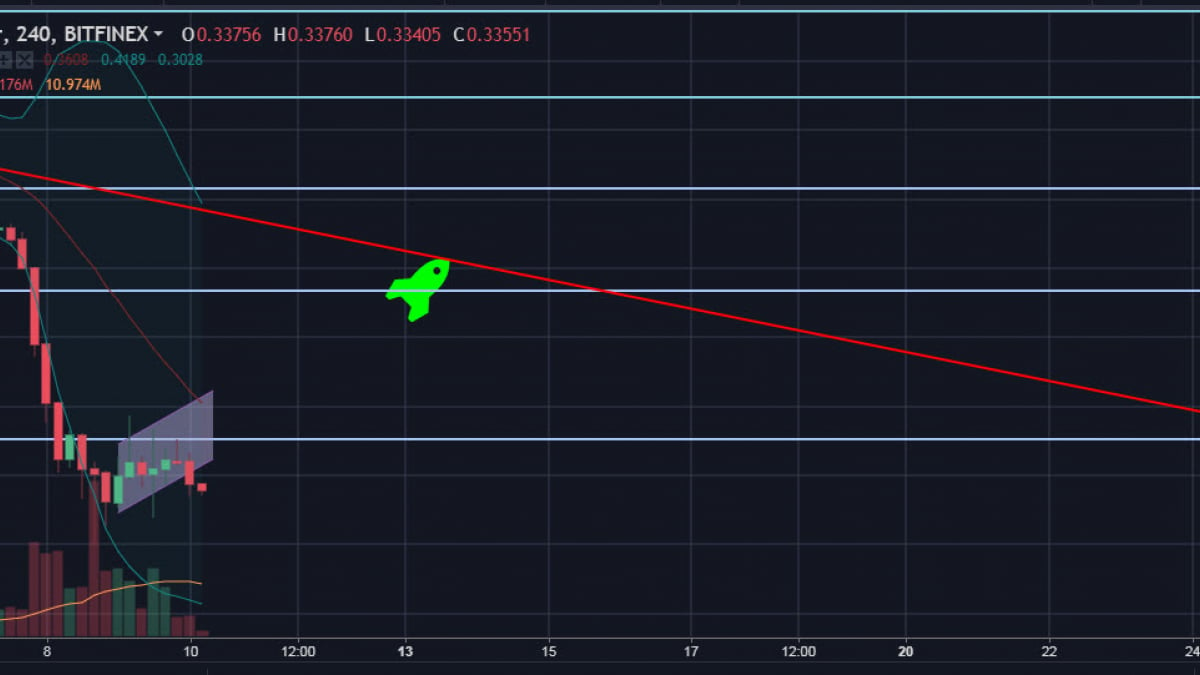 Ripple forms a kind of bearish flag on the four-hour chart. Moreover, I think we have a shooting star among a couple of latest candlesticks. This shooting star is formed close to the resistance area at $0.3503 meaning there is a high probability for Ripple to develop the downtrend as we have a confluence of signals there.

As for the bullish scenario, it is also possible, but buyers need to jump over the closest resistance area at $0.3503 first. Their next target, in this case, will be at $0.3934.

EOS has started a correction on Thursday according to my expectations. The currency pair is still in the downtrend as it resides below the red descending trend line. Today the bulls and the bears are going to decide whether to drive EOS/USD higher or to push it lower. 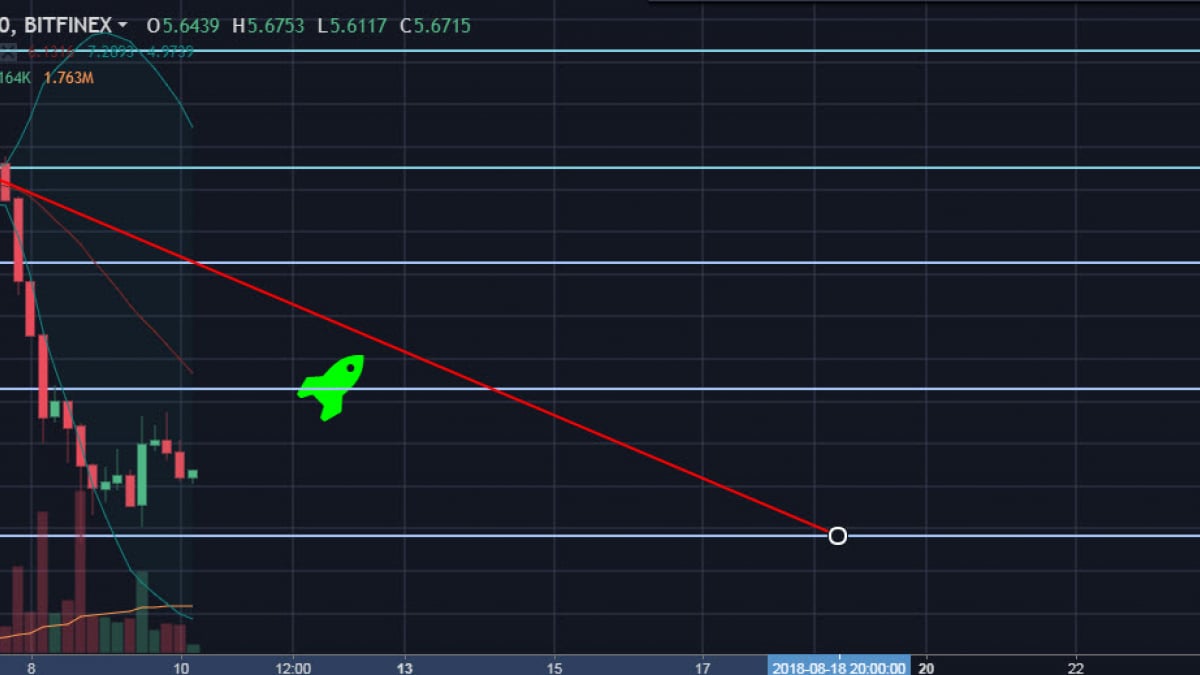 EOS/USD reached the support area at $5.36, which was the target for this downtrend and started its growth on Thursday within the correction framework. EOS/USD has almost reached the resistance area at $6.06 but retreated from there. I see the shooting star candlestick pattern there and I think the currency pair is likely to reach the support area at $5.36 again. What’s next? It is hard to say at the moment. Bears are exhausted but bulls are still cautious.