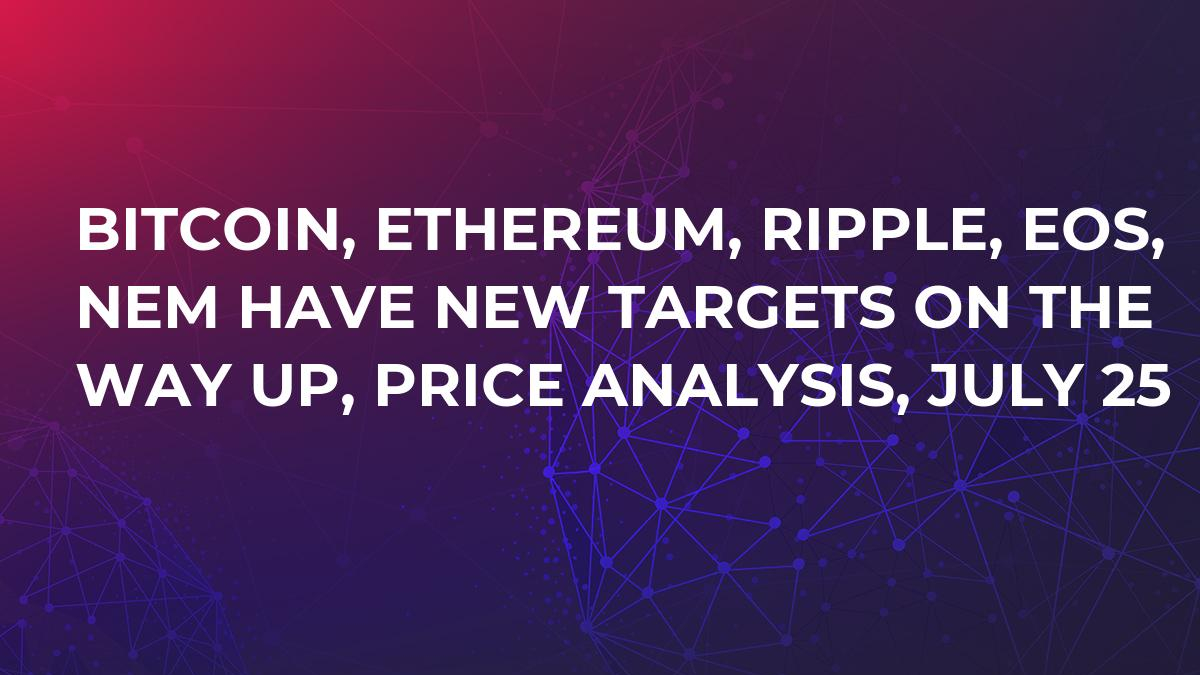 Hello, my dear readers and subscribers! This is Andrew Strogoff again and we are going to make another interesting trip to the world of cryptos. The whole board of the top 20 is on its bullish run and my targets are very close to the current prices.

The crypto industry has positive moods in the moment of writing and I think traders and investors will preserve it for a while at least. I suppose that investors are sick and tired of plating the second role and now they have control over the market.

As for the news, I have some interesting data for you. First, I would like to introduce the opinion of Brian Kelly, famous CEO of BKCM. He thinks that Bitcoin is far from its midterm tops and is going to develop this upside tendency in the nearest future.

Another interesting news comes from McAfee. This famous ICO promoter decided to launch his own MacAfeeMarketCap.com website, which is going to compete with another famous website in this industry.

Let me start with Bitcoin. BTC/USD has added almost six percent in the past 24 hours and I am far from thinking that this cryptocurrency is going to sing Jim Morrison’s famous “The End.” However, I think that BTC/USD needs to visit a gas station before developing its uptrend. 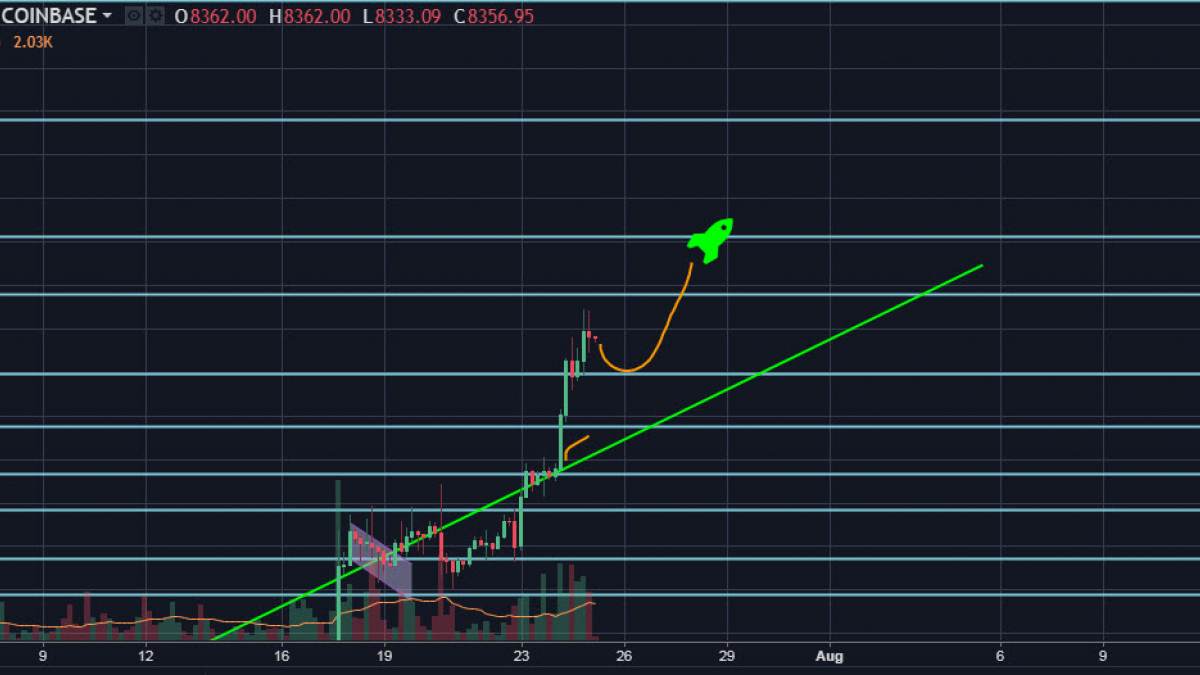 The currency pair has reached my targets on Tuesday and went even higher as BTC/USD reached $8,000 and overcame this level. Bitcoin is currently above $8,300. The currency pair failed to reach $8,560 resistance area.

I think that BTC/USD is going to start a downside correction currently to reach the support area at $8,193 first before going higher. My targets are set at $8,824. However, Bitcoin may be even more active in the next 24 hours and hit higher aims.

Ethereum (ETH/USD) still on the way to my targets, price analysis, July 25

Ethereum makes new gains and ETH price is going towards my targets finally. The correction was a bit deeper but I have indicated on the hammer bullish pattern yesterday and those who bought after it, could have profits as well. 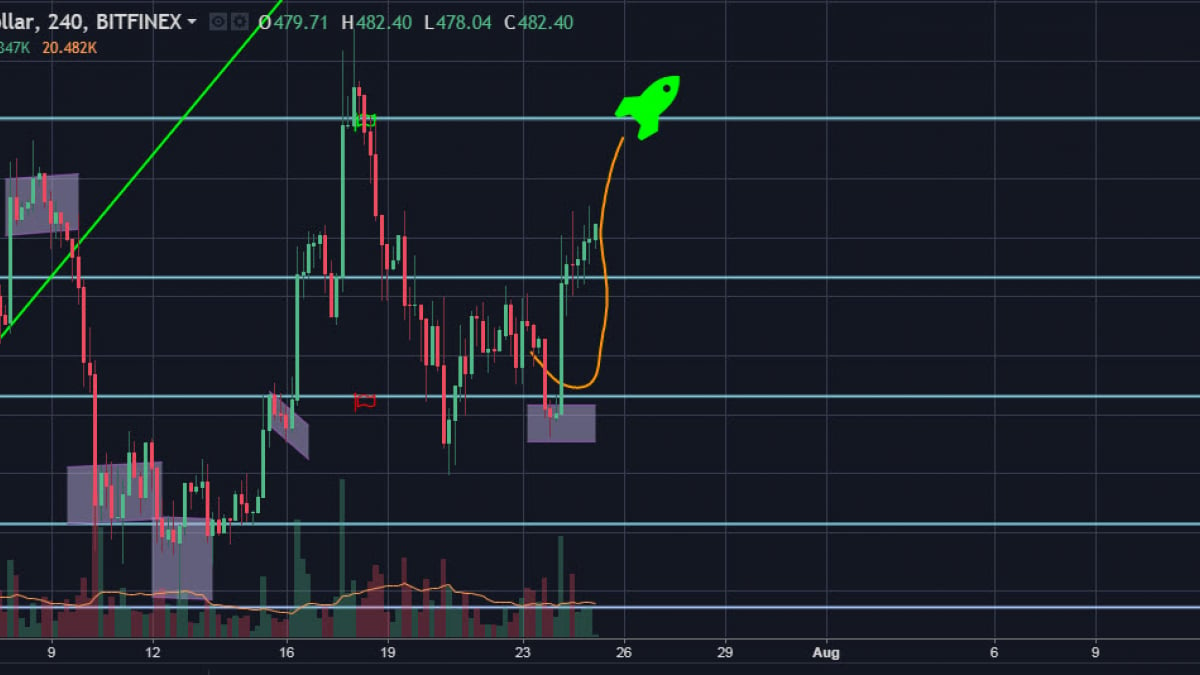 Anyway, this downside correction is done finally and Ethereum is close to $500 again. The currency pair has broken through the resistance area at $473.39 on Tuesday. I have not changed my targets as ETH price still heads towards $500.36. I think that this aim is going to be reached on Wednesday-Thursday.

Are there other scenarios? I’m far from thinking that Ethereum is going to decline and start a downtrend. However, the price may correct towards the closest support area at $473.39 before reaching my target.

Ripple (XRP/USD) the rocket flies to my targets, July 25

Ripple is another gainer of Wednesday as the currency pair added almost four percent in the past 24 hours. As you may see, XRP/USD goes straight to my target and I think it is going to reach it in the next 24-48 hours. The uptrend is confirmed as the downside correction has ended already. 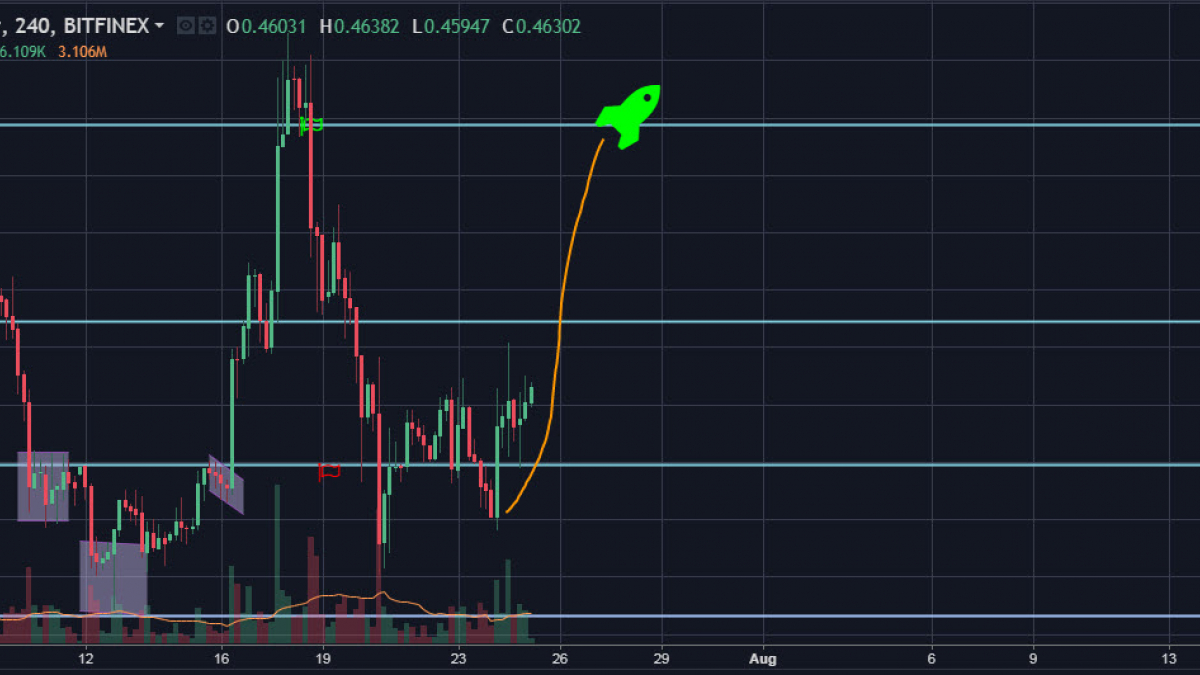 Ripple has reached its lows on Monday-Tuesday but then the currency pair went upwards and is currently trading above the support area at $0.4495. I think that XRP/USD has enough fuel to develop this upside progress and to reach the closest resistance area at $0.4744 at least on Wednesday.

My targets are even higher as I think Ripple will touch the resistance area at $0.5088 in the nearest future. The downside corrections are also possible, but I am far from thinking that they are going to be deep.

EOS has added more than 10 percent in the past 24 hours. This is the best results of all the cryptos I analyze. I suppose the currency pair is likely to develop its uptrend in the nearest future. EOS/USD has enough gas to reach my targets. 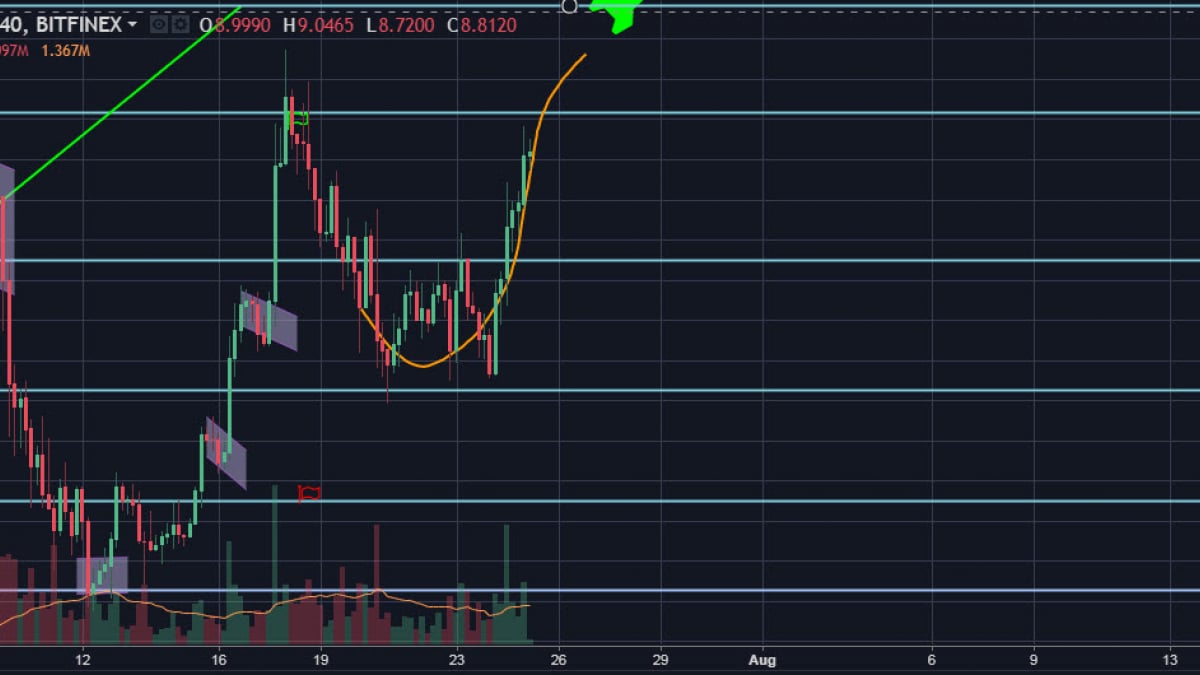 Can a downside correction happen? This scenario is also possible as EOS had a significant momentum in the past 24 hours. However, this correction (even if it happens) will not be deep.

NEM has added almost five percent in the past 24 hours, but the currency pair is still far from reaching my targets. The downside correction is done and XEM/USD is likely to resume its uptrend in the next couple of days. 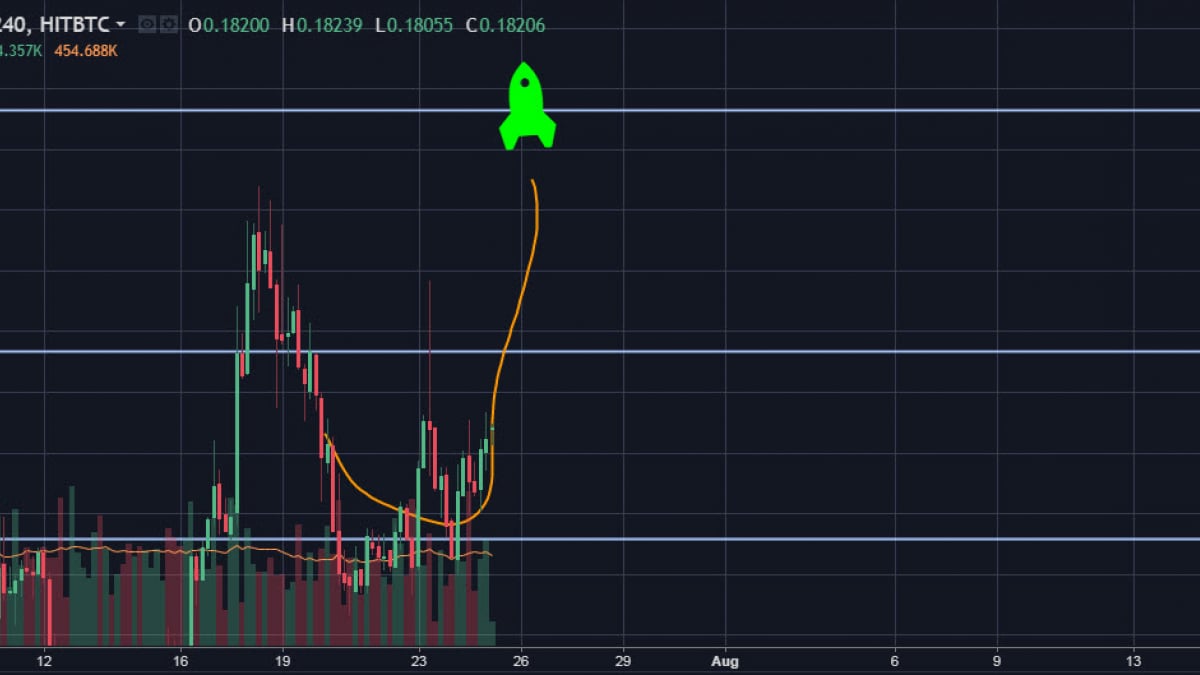 XEM/USD is trading above the support area at $0.1729. The currency pair aims at the closest resistance area at $0.1883. I think this is the closest target for Wednesday. However, as you can see, my rocket is well above this level. I believe NEM is likely to go there in the nearest future.

The correction towards the support are at $0.1729 is also possible, but if it happens, it won’t be the trend breaker. Moreover, I think that this correction has only 10-20 percent of probability.