Andrew Strogoff
Bitcoin and altcoins are flat, no direction is clearly seen 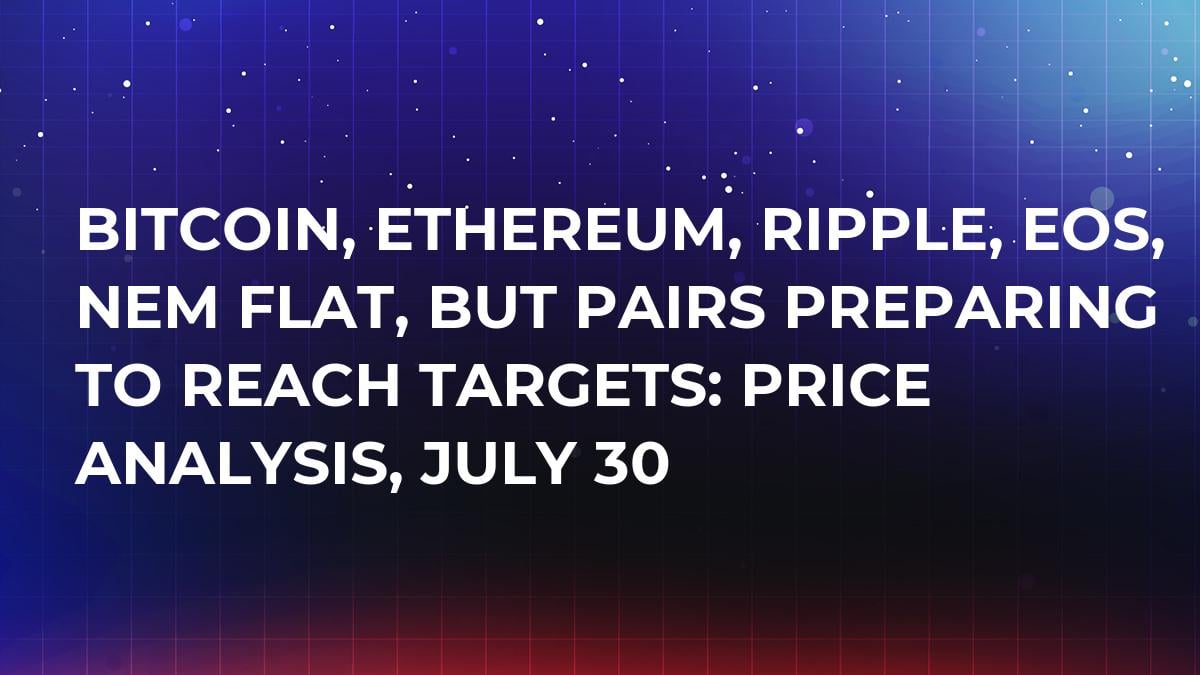 Hello, this is Andrew Strogoff again and today we are going to look at what is happening on the crypto market. This weekend that has ended already, had no interesting events at all. Fluctuations were weak, had no clear direction.

My targets still remain the same as the price is still far from them, but it doesn’t mean they won’t be reached. Moreover, I expect the currency pairs to be there this week. Anyway, I hope for significant fluctuations in the next couple of days.

As for news, the fundamental background is calm. There is nothing important to shake the markets. However, some events and news may be interesting for you. The Poloniex exchange risks its reputation and business at all as the famous trading place neglects users complaints. Many clients say that this exchange freezes their accounts. The US regulatory authority steps in.

US lawmakers see the importance of cryptocurrency regulating and are one step closer to realize their plans. The US is one of the countries that adopt Blockchains and cryptocurrencies but want this market to be strictly regulated to avoid frauds.

Bitcoin had no clear direction during the weekend and fluctuated along the ascending trend line. We have still the uptrend as BTC price is above this trend line. I think that bulls are going to take control in the nearest future. 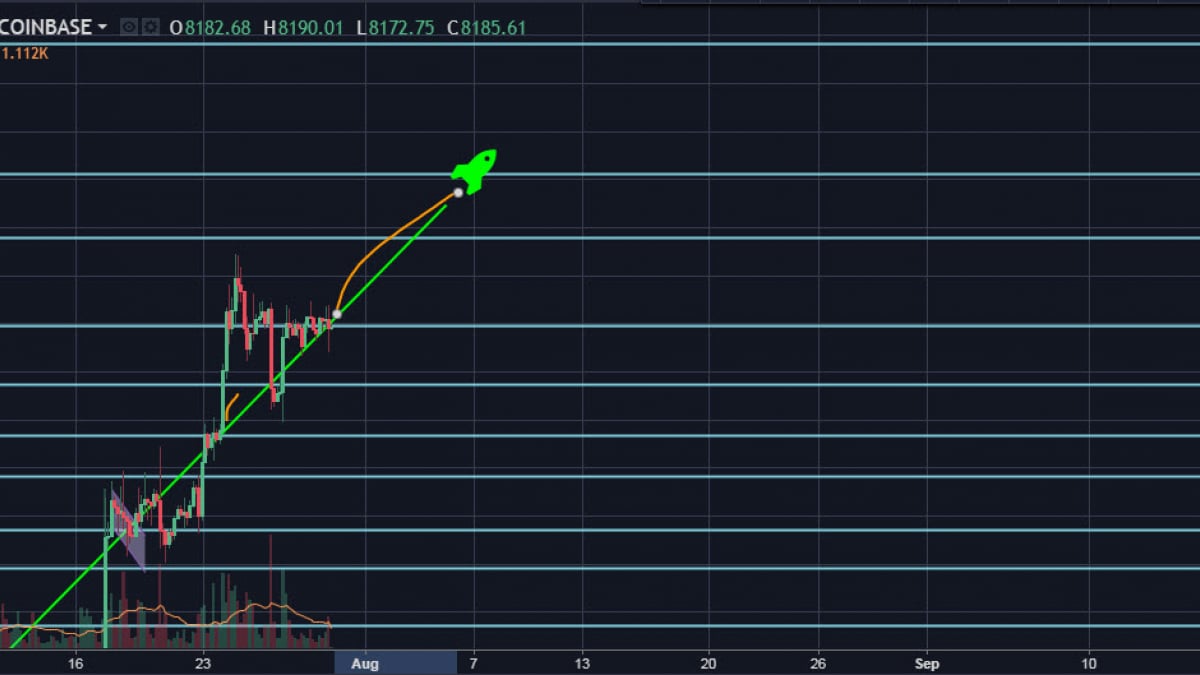 Let’s get a closer look at the four-hour chart. BTC price has several times tested the resistance area at $8,193 but still remains below this level. However, I think that buyers will break through it in the nearest future. Currently, I expect BTC/USD to reach my target which is at $8,824 resistance area.

Before this happens, Bitcoin will have to break through the $8,560 resistance area. This may happen anytime once volatility rises and bulls take control of the market.

However, this flat may last longer if the ascending trend line will be broken. BTC price is likely to move towards the support area at $7,949 in this case.

Ethereum (ETH/USD) prepares for the uptrend

Ethereum develops its consolidation as there is no clear tendency currently. The currency pair decreases volatility on falling volumes, but this may be a sign of future significant fluctuations and huge trend. I still think that bulls will take control over Ethereum and drive it to my targets at least. 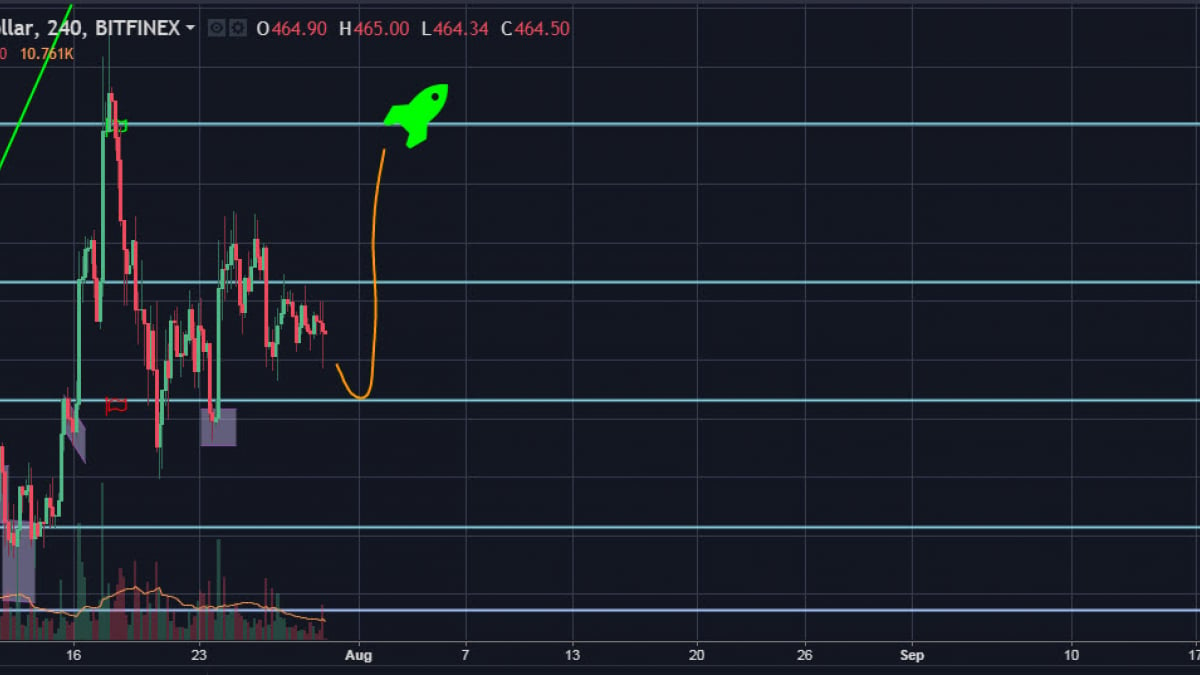 Ethereum stays within the range, limited by the resistance area at $473.39 and the support at $453.24. The currency pair had no significant fluctuations during the weekend. It forms a kind of a triangle currently. I still expect ETH/USD to resume the uptrend and to reach my targets which is at $500.36. I personally think that bulls have such an opportunity to regain control.

While the market is floating between the two levels, you can also try to open long trades at the support area selling the currency pair when it is close to the resistance.

Ripple (XRP/USD) preparing for a boost

Ripple has made almost no gains and no losses in the past 24 hours. Fluctuations during the weekend were flat, no tendency is currently seen. However, I think that the uptrend is on the way. Bulls just need some more fuel to resume it. 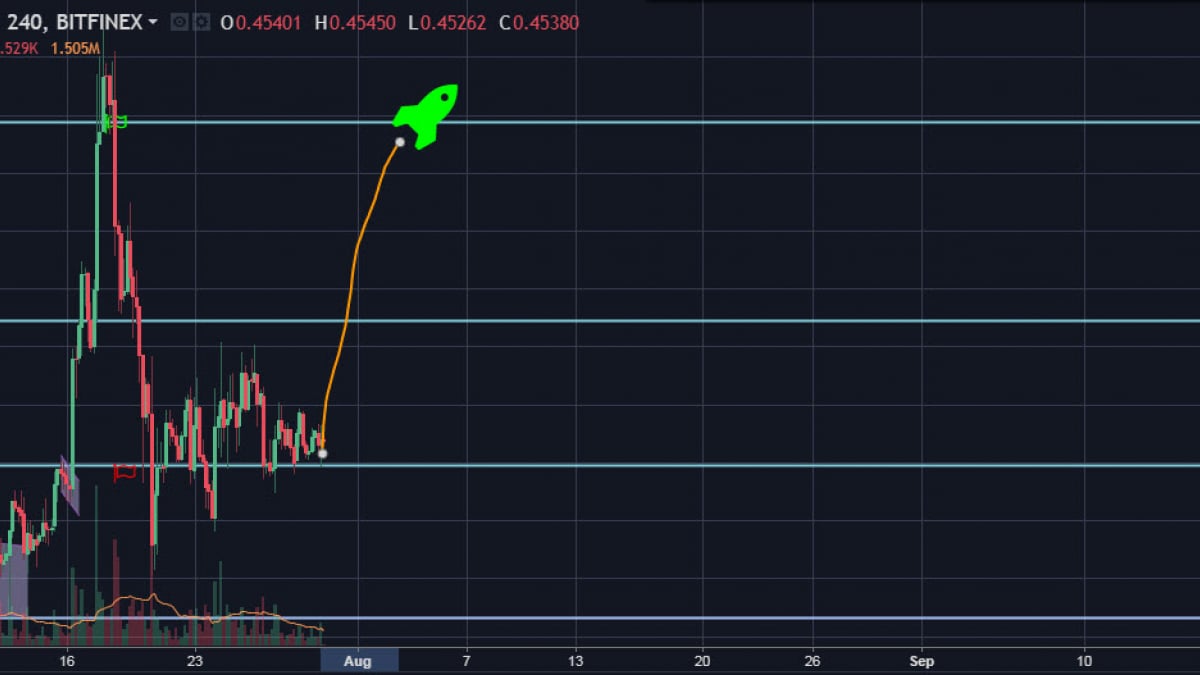 Ripple stays below the resistance area at $0.4744. It is testing the support area at $0.4495 in the moment of writing. The currency pair is likely to jump off this level and to resume the uptrend in the nearest future, I think.

I expect XRP/USD to reach my targets this week. The currency pair is likely to touch the resistance area at $0.5088 according to my trading idea. However, Ripple will need to break through the closest resistance at $0.4744 first.

EOS has no tendency currently as the currency pair fluctuates within a very narrow range. However, I believe EOS/USD is likely to break this range in the nearest future and resumes the uptrend towards my targets. 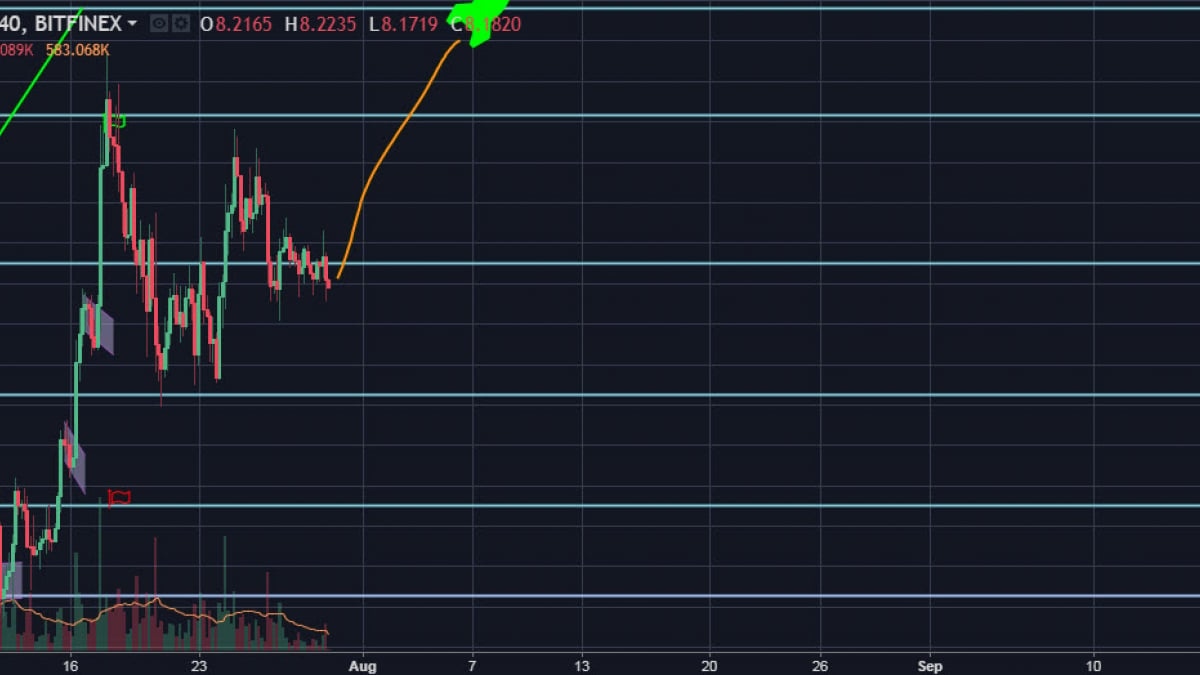 NEM (XEM/USD) the rocket is still on the ground, price analysis, July 30

NEM follow its allies as there is no clear direction currently. The currency pair remained in flat during the weekend and fluctuates in a very narrow range in the moment of writing. 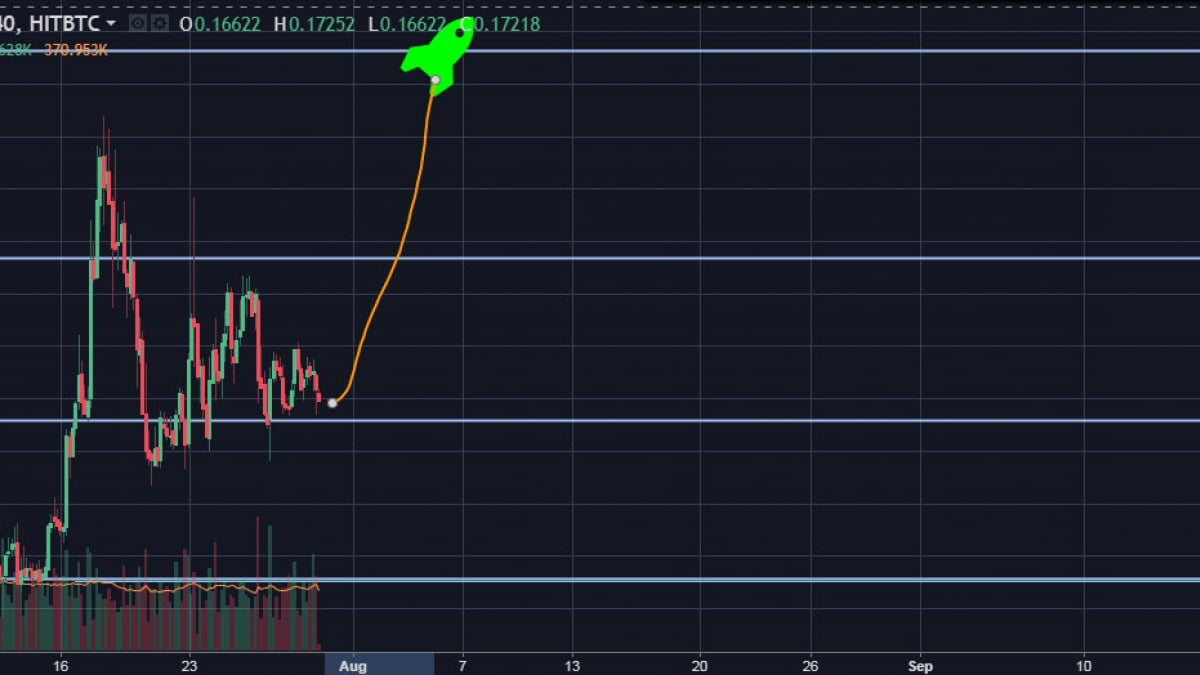 As for the current situation, I believe NEM is likely to start the uptrend again. The currency pair is close to the support area at $0.1729 and this support is strong. I think buyers will resume their attack from there.