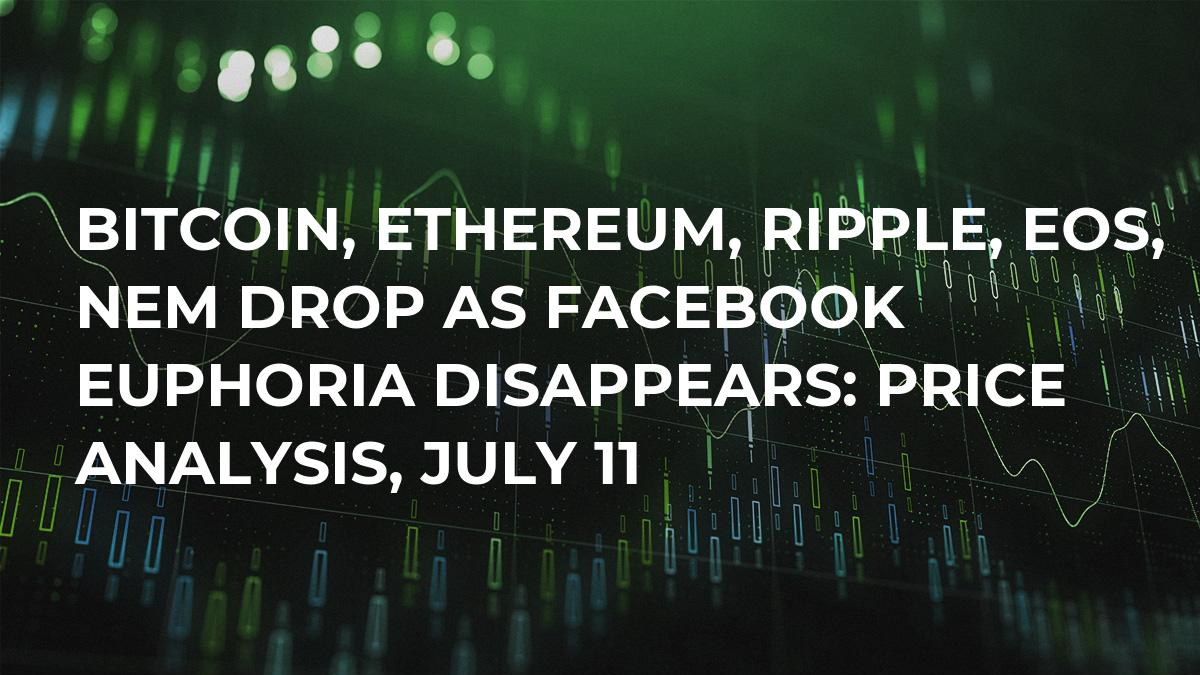 Bears ruin bullish hopes as the price declined on Tuesday and went downwards. It seems like all top 20 altcoins test their June lows. Facebook euphoria disappeared and sellers regain control over the market.

There is some interesting and important news that we would like to mention. The first one comes from Bancor exchange. Famous trading platform was hacked. Around $24 mln in crypto was stolen. This news may cause the wave of sales in the crypto market.

Another interesting thing to pay attention to is the report, issued by crypto experts. They note that Bitcoin and other cryptos may become the next step of money evolution. Experts underline also that cryptocurrencies may become new mainstream payment method within the next ten years.

Bitcoin loses more than five percent in the past 24 hours. The currency pair has broken the uptrend and targets its month lows. Sellers are controlling the market currently and are able to push BTC/USD even lower as we can see some upcoming bearish signals on the chart. 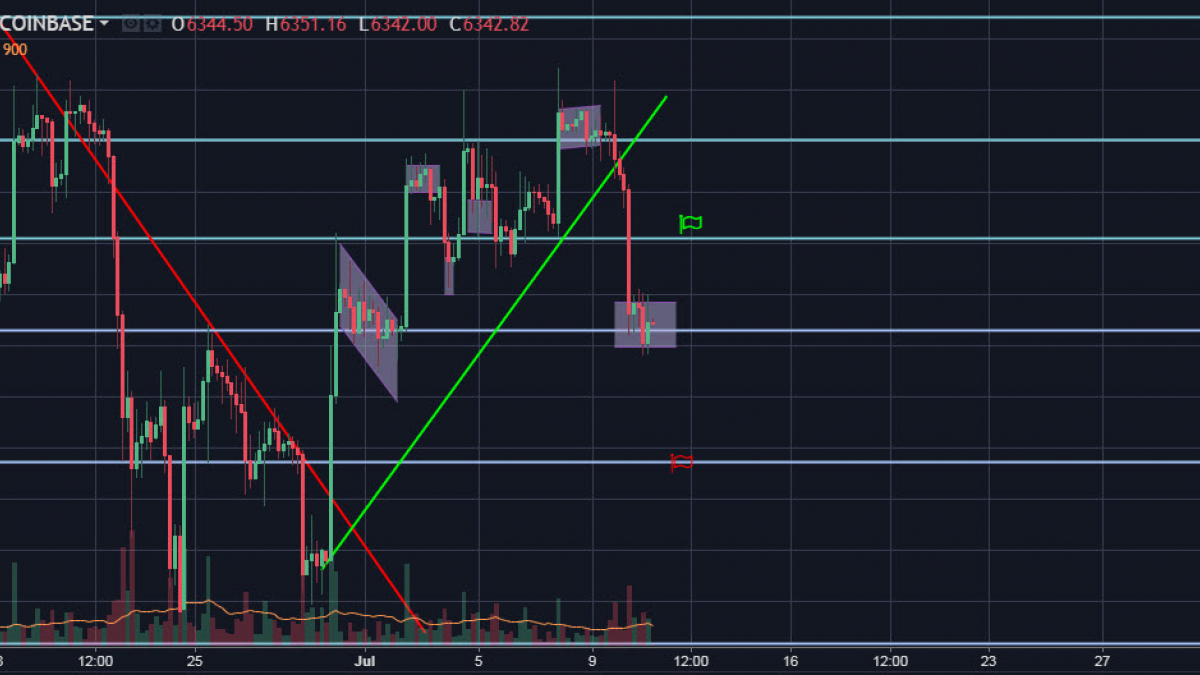 We think that BTC/USD is likely to develop its downtrend in the nearest future as bulls have lost their control over the market. The currency pair forms a bearish flag currently, which means that the next target may be set at $6,071.

However, is bulls make an attempt to counterattack, they will be able to change the situation in their favor and reach the resistance area at $6,510 at least.

Ethereum went downwards on Tuesday as the currency pair has lost nearly seven percent in the past 24 hours. This is a bad news for buyers as Ethereum targets June’s lows currently. The uptrend was broken and we can see that Ethereum still has some potential to develop its downtrend. 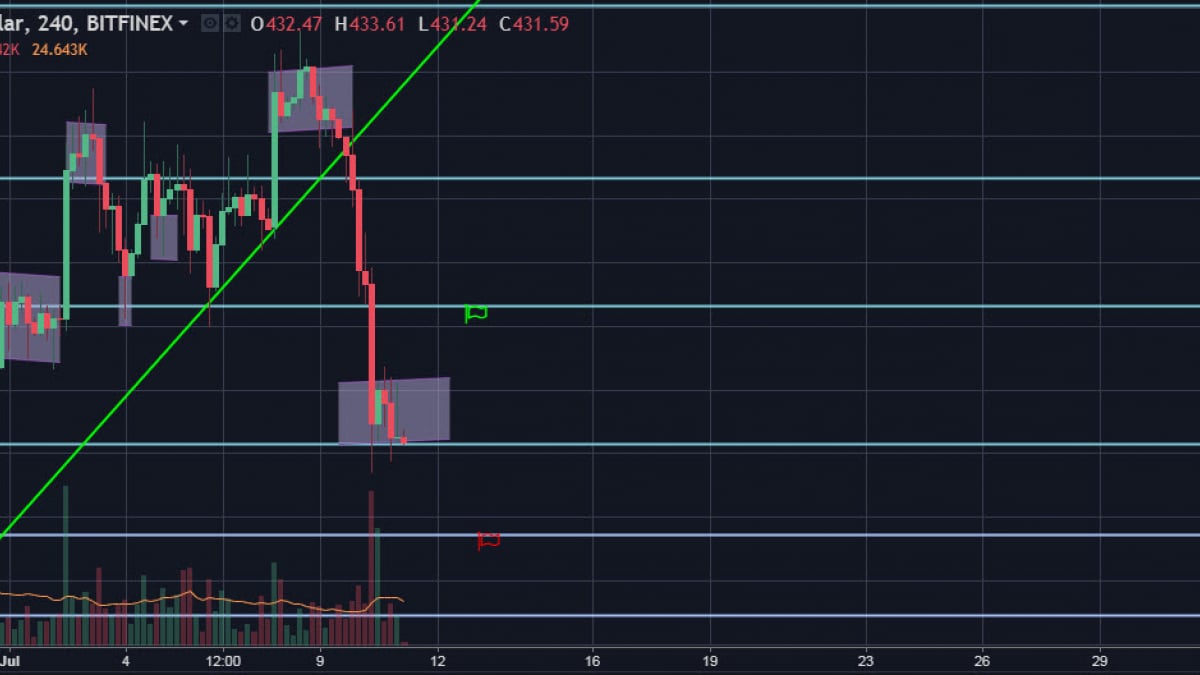 The currency pair has made a breakout of the green ascending trend line without any troubles showing that sellers control the market currently. ETH/USD has broken through a couple of supports at $473.39 and $453.24 and $431.42.

We think that Ethereum is able to develop its downtrend in the nearest future. The currency pair is likely to make a breakout of the closest support at $431.42 and move lower, targeting the next support at $417.28 at least. There is a bearish flag on the chart, which is a signal for bears to develop their progress.

Is Ethereum able to go upwards? In case of good news or bulls regaining control. However, this scenario is less probable.

Ripple follow the other major cryptocurrencies on its way downwards. The currency pair has lost more than four percent in the past 24 hours but shows some signs of further downtrend to develop. XRP/USD targets June’s lows and is able to reach them in the nearest future. 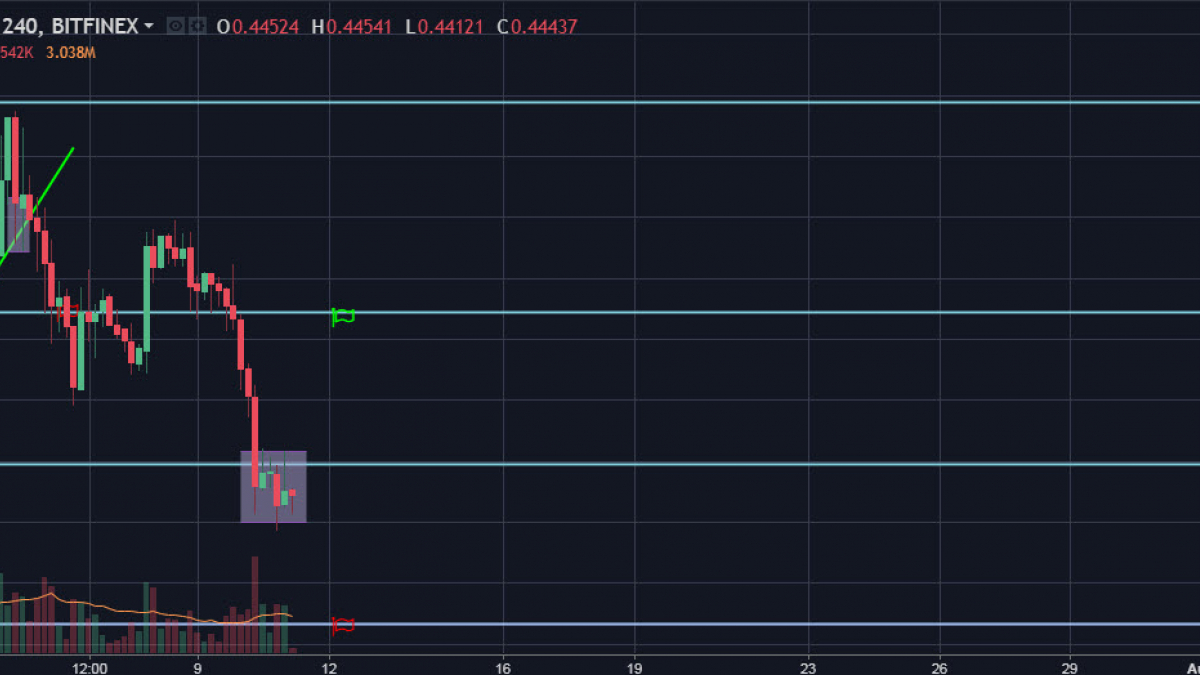 Ripple went downwards on Tuesday and crossed a couple of support areas at $0.4744 and $0.4495. The currency pair fluctuates below $0.4495in the moment of writing and we think that XRP/USD is able to reach the next support in the nearest future.

We have a bearish flag on the chart, which confirms our bearish thoughts. The currency pair is able to test the closest support area at $0.4232 in the nearest future. If bears are successful, they will be able to push XRP/USD even lower.

AS for the alternative, the less probable scenario is growth towards the closest resistance area at $0.4744.

EOS has lost almost seven percent in the past 24 hours and looks bearish. The currency pair changed its tendency and is able to reach June’s lows in the nearest future. EOS/USD follows its the allies as the whole market suffers from negative news. 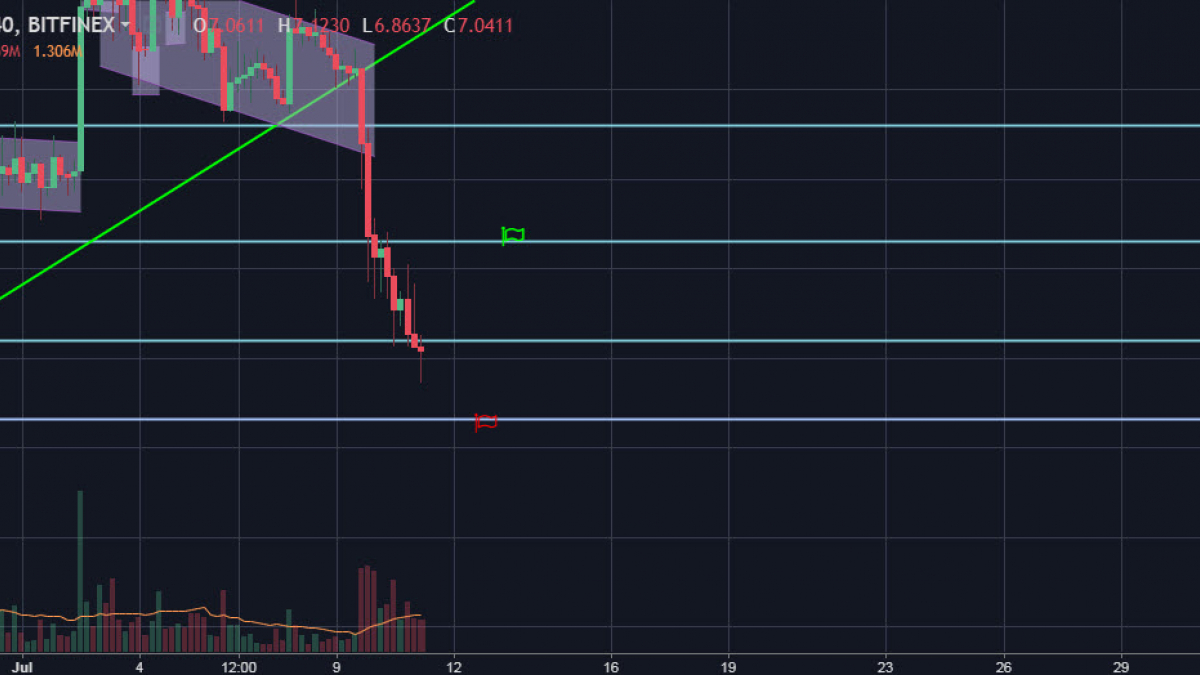 EOS has broken through a couple of support areas at $8.29 and $7.65 and seems to develop its downtrend. The currency pair stays close to the support area at $7.10 and is testing it currently. There is no price action nor graphic pattern signals but EOS will follow its allies once they decide to resume their downtrend.

As for scenarios, we think that EOS/USD is likely to reach the next support area at least. The currency pair will establish new lows, in this case, offering bears huge chances to develop their progress.

The bullish scenario is less possible currently, however, if buyers take control, they will be able to reach the resistance at $7.65 at least.

NEM has lost almost seven percent in the past 24 hours. The currency pair has broken its uptrend and seems to target June’s lows. Bears control the market currently and are able to develop their progress. 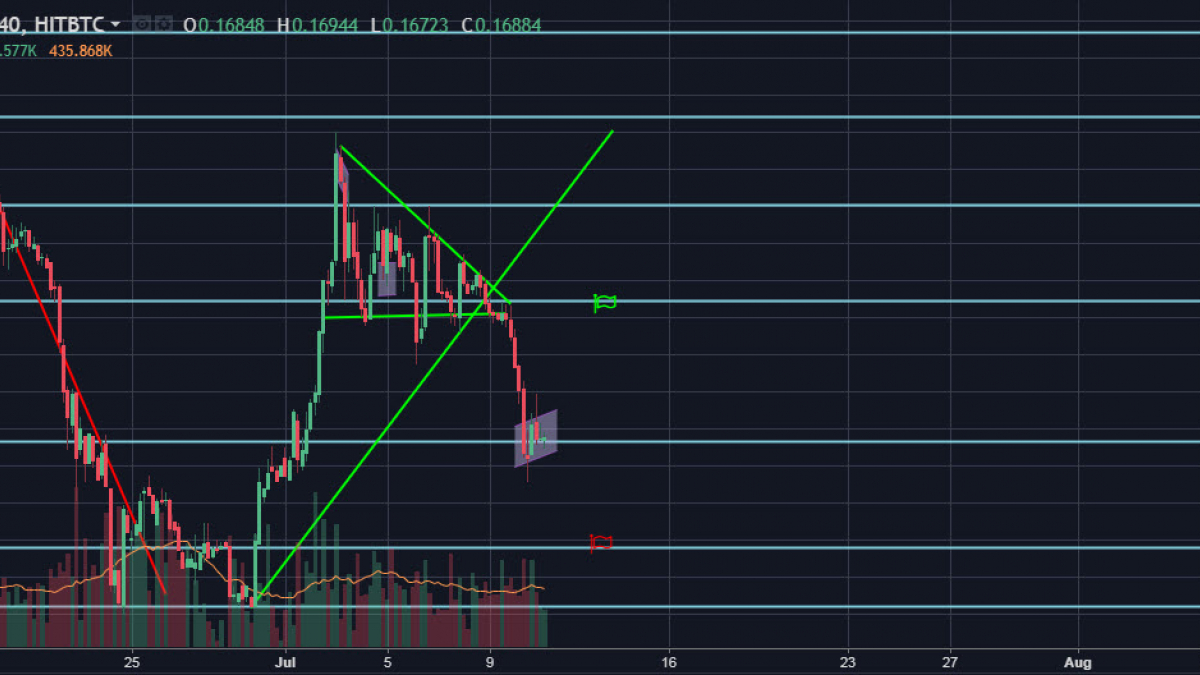 The currency pair went downwards on Tuesday and retreated from $0.1873 area. XEM/USD reached the next support at $0.1682. It fluctuates there in the moment of writing. We have a clear bearish flag meaning sellers are ready to develop their progress.

As for the scenarios, the most probable for the nearest future is decline towards the next support area at $0.1539. XEM price is able to reach it on Wednesday-Thursday. Bullish scenario is less probable, but if buyers take control, they will be able to drive XEM/USD towards the resistance at $0.1873.