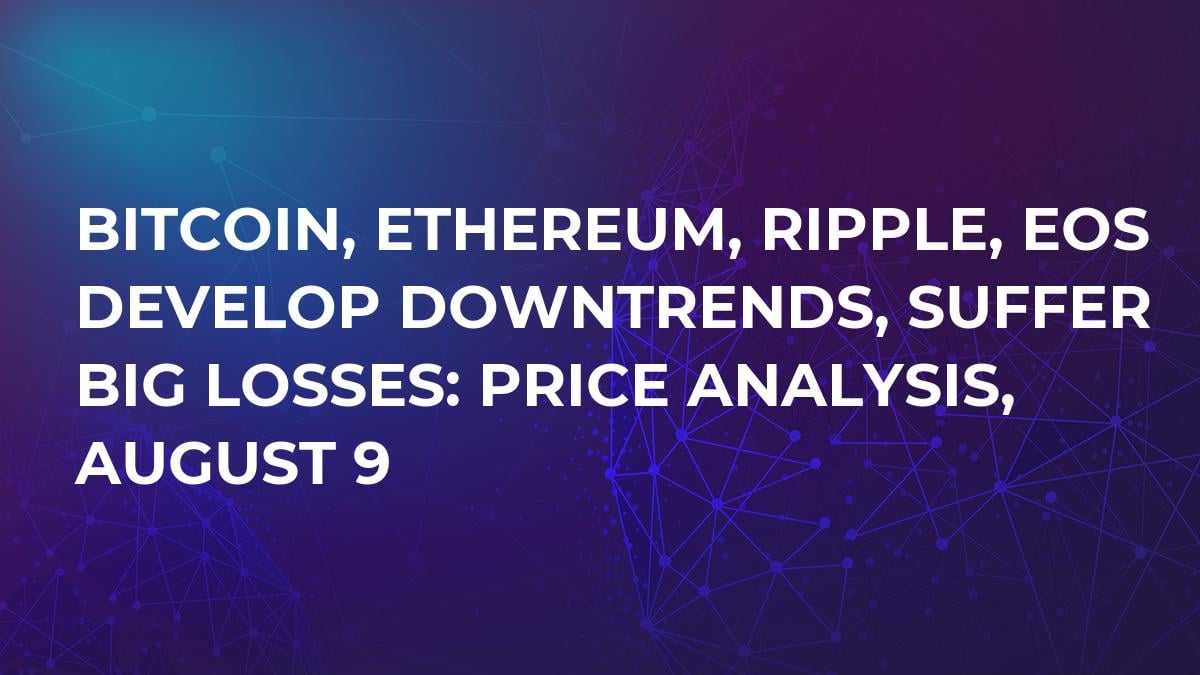 Hello, this is Andrew Strogoff again. This situation in the crypto market remains negative as Bitcoin and altcoins continue to fall and suffer significant losses on Tuesday. I was talking about a probability of a correction, but it seems that investors don’t pay attention to the technical analysis at all as they continue to get rid of cryptos quickly.

However, this downtrend may be a game of whales who want to push the price lower in order to buy it with benefits. If this is true, I think we still have some long distance to do.

As for the events, there is nothing to affect the price significantly. However, I have prepared some interesting events for you. Let’s get down to them. Opera Browser launched their own crypto wallet. This wallet, released in July 2018, is Ethereum compatible. This add-on allows users to make payments using Windows devices.

Bitcoin developed its downtrend on Tuesday as bulls have almost no chances. There were more red candlesticks again. BTC/USD has lost nearly four percent in the past 24 hours and established new local lows. The currency pair resides below the red descending trend line and even failed to approach it yesterday. 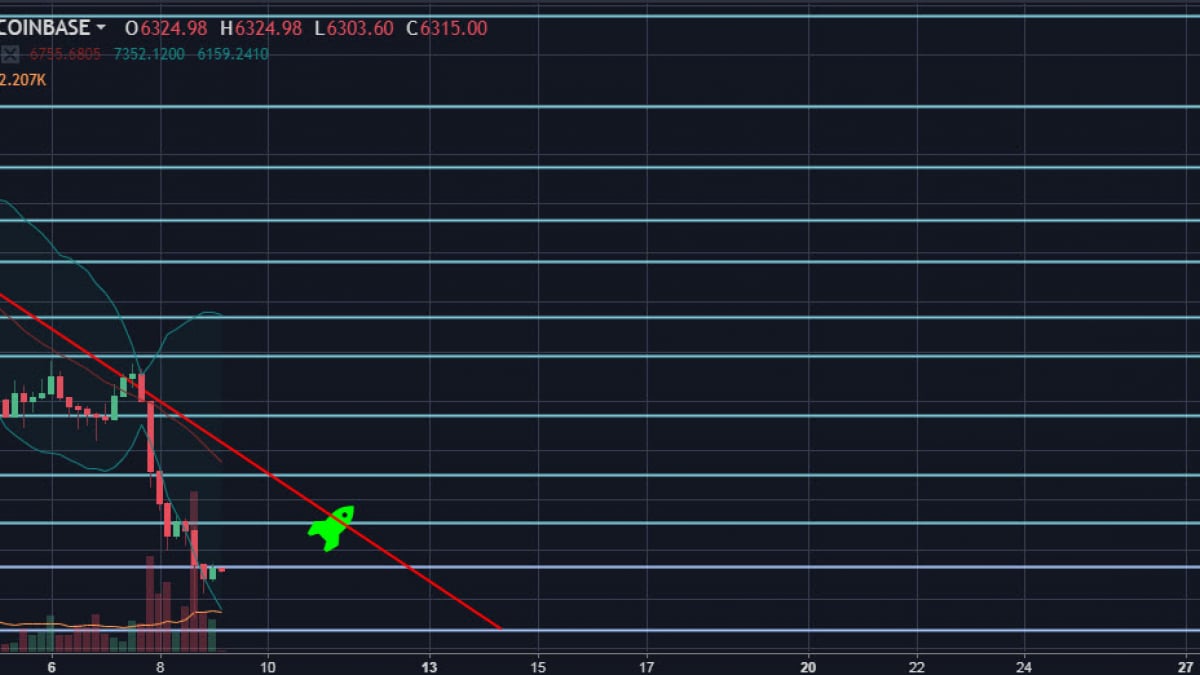 As you can see it on the four-hour chart, Bitcoin develops its downtrend with huge momentum. I spoke about a correction in Tuesday’s review, but it hasn’t happened as bears continued to push it and smash bulls. This sellers’ success is strange, however, I gave a couple of versions at the beginning of this review.

I thought that BTC/USD were going to reach the red descending trend line, but the currency pair failed to get there as Bitcoin developed the downtrend instead. It is hard to predict further fluctuations now. I still think that BTC/USD needs a correction even if it is going to develop its downtrend in future.

This correction may aim $6,510 resistance at least. If buyers are successful, BTC/USD may develop this uptrend targeting next resistance areas.

However, bears are very strong currently and they are able to develop this downtrend even without any correction at all. BTC price is below the resistance area at $6,329 and they may start off from there.

Ethereum (ETH/USD) follows Bitcoin on its way down

Ethereum developed the downtrend following Bitcoin. The whole crypto market shows negative dynamics in the past several days as investors pay less interest to this industry. ETH/USD stays below the descending trend line and far from it. I think that bulls are ready to counterattack, but as I see, investors pay less attention to technical analysis as well currently. 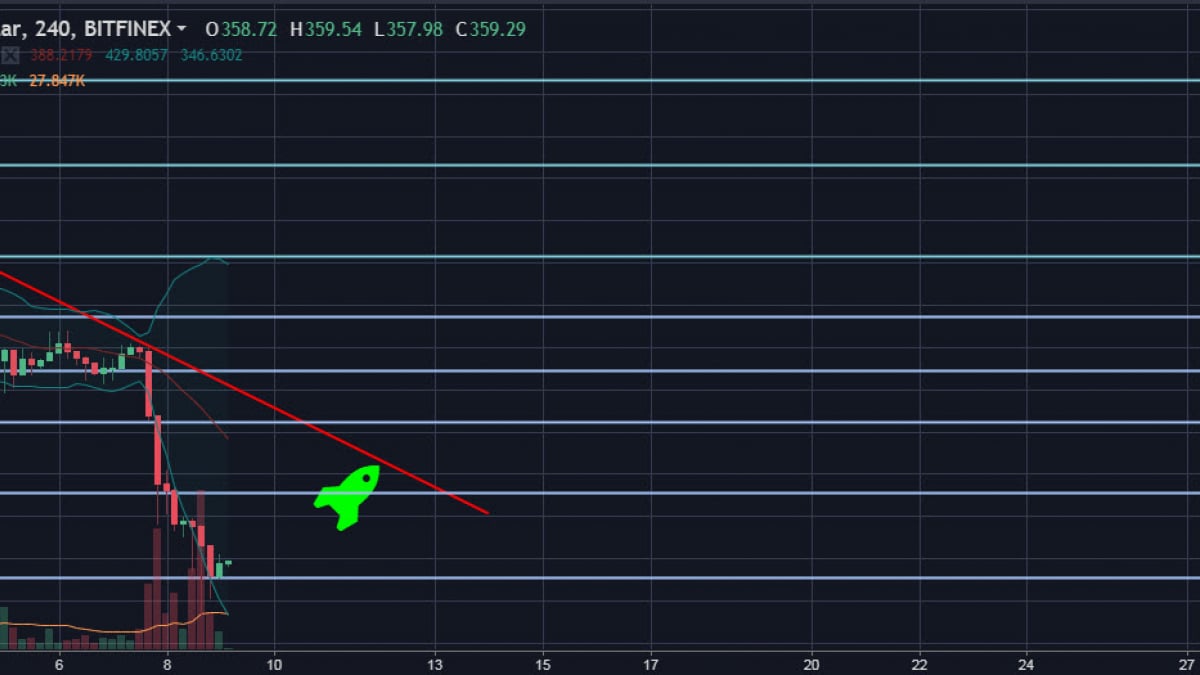 ETH/USD has reached the support area at $355.45 and established new lows. Ethereum has lost more than four percent in the past 24 hours showing that sellers are still very strong as they managed to push it lower without any correction.

I think that the upside correction should happen now and its targets are at the resistance area at $375.60 at least. If bulls are stronger, they will be able to drive Eth/USD even higher. There are several interesting levels above.

However, sellers have control over the market currently and they are very strong and powerful as the moment. This means that you need to be cautious when placing buy orders expecting upside correction.

Ripple has lost more than four percent in the past 24 hours. The currency pair stays far below the descending trend line meaning bears have full control over the situation. Buyers are frustrated as they are unable to counterattack. I have expected some sort of correction on Tuesday, but as you may see it, there was none yesterday. 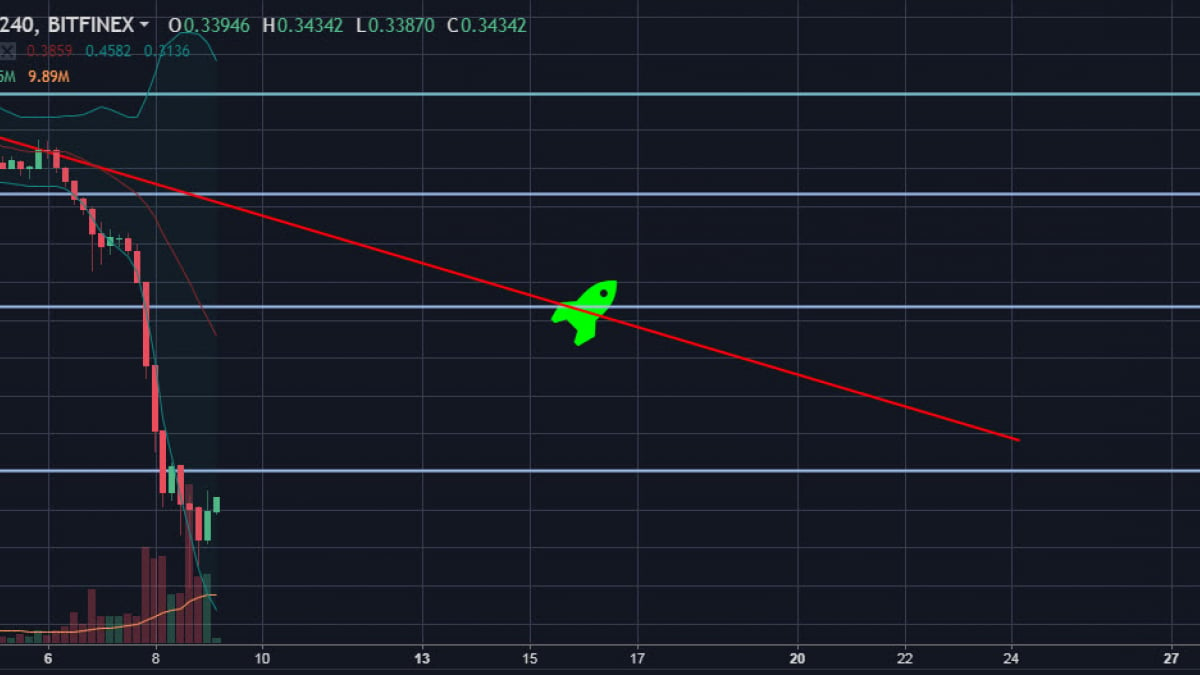 Ripple has reached the support area at $0.3503 and even managed to break it through. However, bulls seem to be able to drive it towards this level to retest it again. Let’s see what will happen in the nearest future.

I think that the buyers are going to counterattack now. The correction is truly needed and XRP price is likely to run towards the closest resistance area at $0.3934 (after jumping over the resistance at $0.3503). I think that this target is primary for today.

What may happen next? If buyers are successful, they will be able to drive Ripple even higher as there are many interesting targets on the way. However, we should not forget that bears are too strong now and they are able to change the situation in their favor at any moment.

EOS has lost more than 10 percent in the past 24 hours. The currency pair failed to start a correction on Tuesday and developed its downtrend instead. EOS/USD is far from the red descending trend line. The downtrend is on the way, but I think the correction is needed. 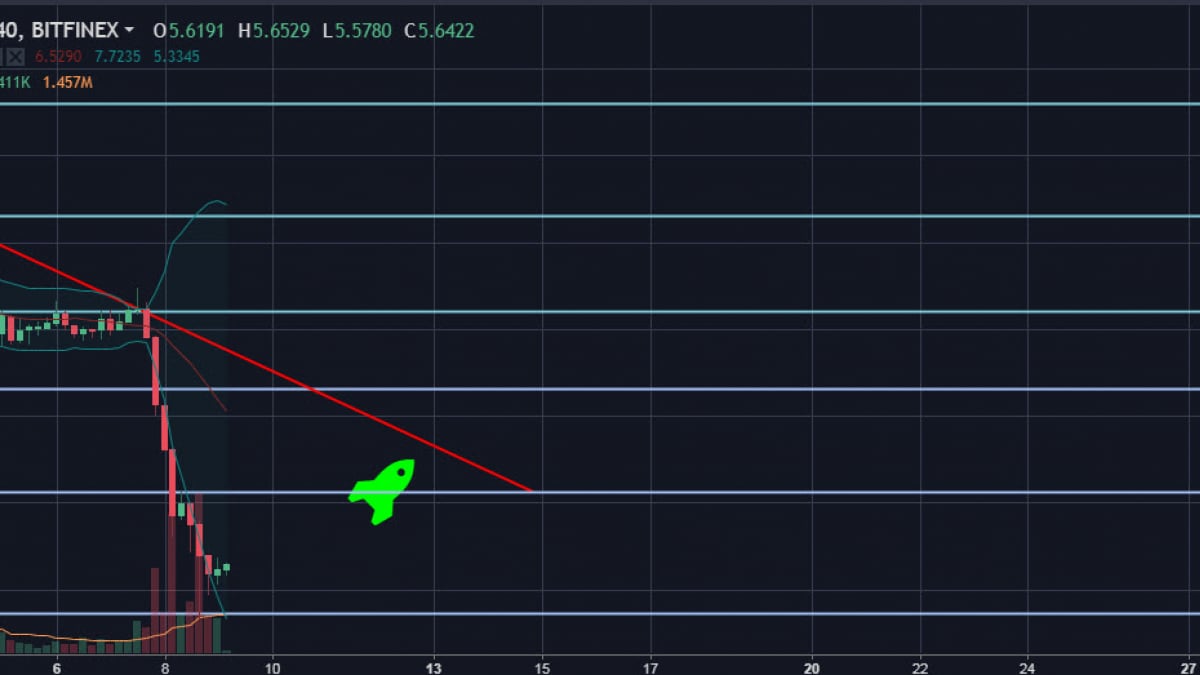 EOS established new lows on Tuesday. The currency pair has jumped over the support area at $6.06 and reached $5.48. This is the local low. I think that EOS/USD is likely to start a correction from there. I expect it at least as the price is truly far from the trend line and according to the technical analysis rules should go to meet this descending trend line in the nearest future.

I think the closest target for this correction is at $6.06. The price is going to reach this level on Wednesday, I expect. If buyers are successful, they will be able to drive EOS even higher targeting new resistance areas.

However, sellers are too strong as you may see and they seem to pay less attention to technical analysis rules. This means that they may start to push EOS/USD lower even without any correction.