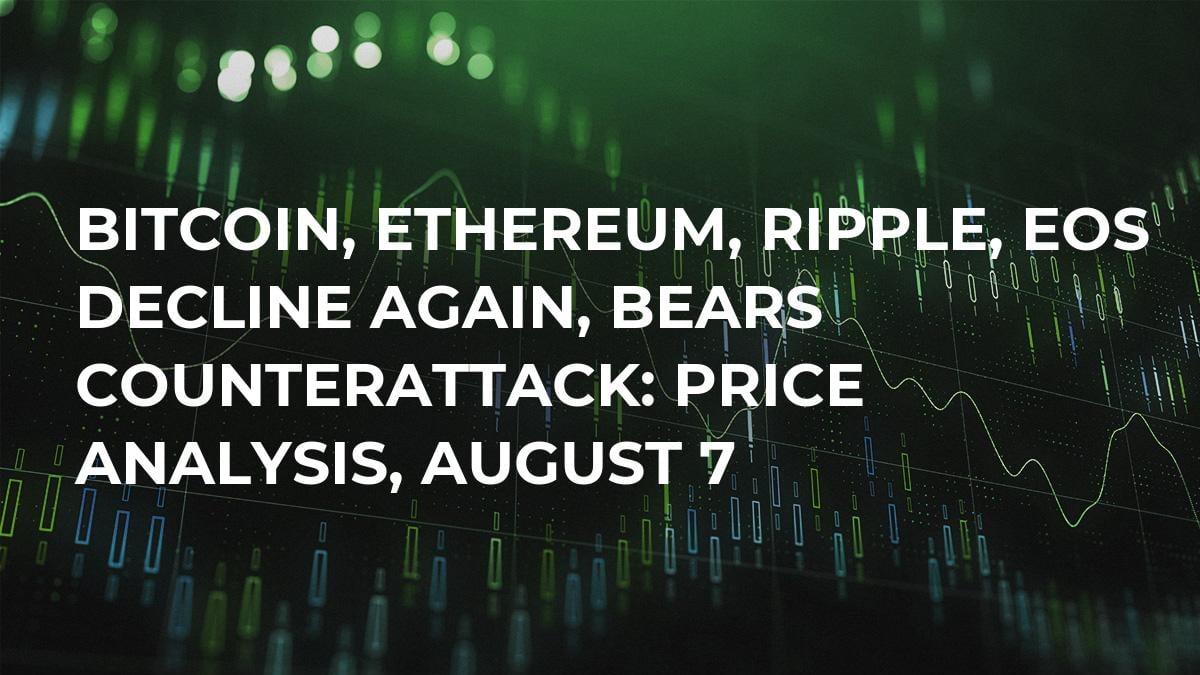 Hello, this is Andrew Strogoff again and today we are going to look through several cryptos in order to see their perspectives. The current situation is neutral as there are no tendencies in the moment of writing. Bears have counterattacked yesterday and most of the cryptos declined.

There are no important events to affect the market still. I think that this is something related to psychology. Investors and traders try to get rid of cryptocurrencies currently but the reasons of such decisions are not uncovered.

As for the interesting news, I have something to show here. Ripple is added to Bitcoin store. This fact increases its adoption and gives some support to the currency pair. However, this support is weak as you will see it later on the charts.

Robert Kiyosaki, famous author of “Rich Dad, Poor Dad” makes his own prediction of the crypto market. He thinks that cryptocurrencies and other digital assets may even overtake traditional money. However, he also forecasts market crash. 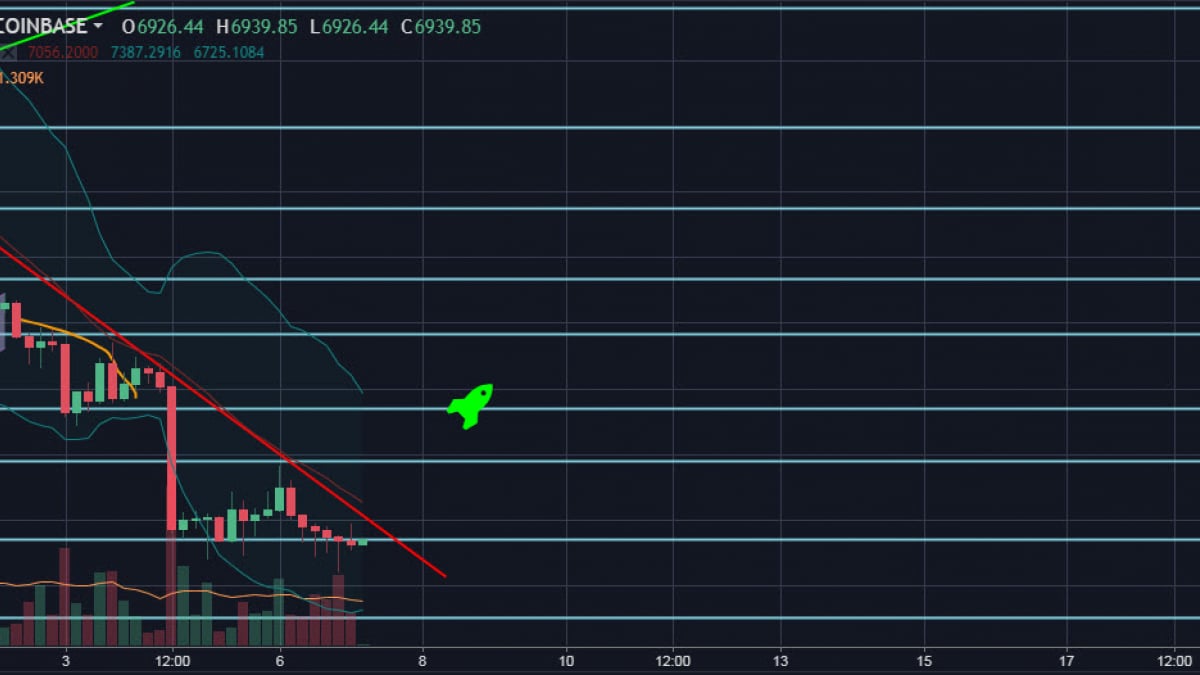 As I have previously mentioned, the situation is neutral currently. Bitcoin has almost reached the descending trend line yesterday, but reversed there and declined towards the support area at $6,943 to test it. The currency pair still fluctuates there close to the red descending trend line again. I think BTC/USD is likely to test this trend line today in an attempt to break through and develop its upside progress later.

I think that bulls and bears chances are equal currently and you are to follow the situation with caution before taking any decisions. If BTC price stays below the red descending trend line, sellers will likely push it further downside targeting the next support area at $6,701. However, once the descending line is breached, we have chances to go higher. I have set targets at $7,341.

The current situation looks really strange to me as there is nothing to support bears. Nor bad news nothing events that may push Ethereum down. However, we see that ETH price is still unable to break this vicious circle. ETH price stays below the red descending trend line meaning we have equal chances for both sides. 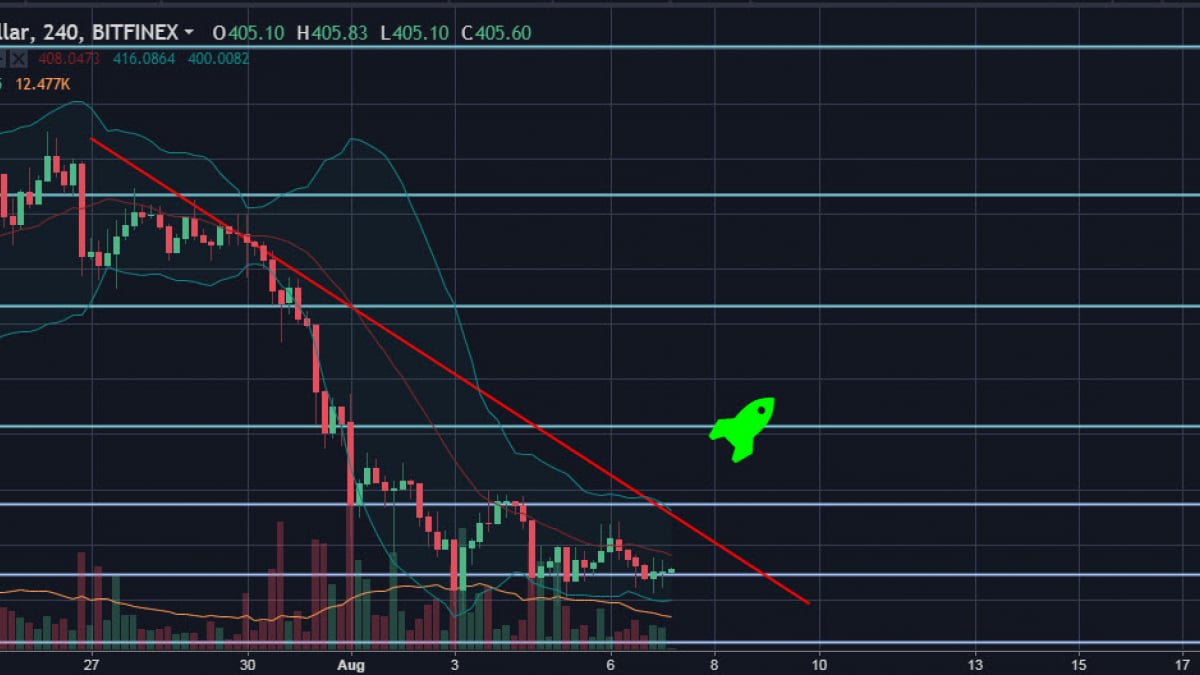 Ethereum failed to test the resistance area at $417.29 and failed to reach the red descending trend line on Monday. The currency pair declined towards the support area instead, reaching $404.55. The situation is really neutral as both sides now have equal perspectives.

I think that ETH price is likely to test the red descending trend line today. In case if bulls fail, sellers will be able to push it lower and retest the support area at $404.55. Once breached, this level opens for Ethereum the path towards the nest support at $392.32.

However, I think that the currency pair will successfully test the red descending trend line and move above it targeting $431.42 at least.

Ripple declined in the past 24 hours for more than five percent as the currency pair breaks its neutrality and follow the other cryptos in their downtrends. Bears have taken control over the market and push the currency pair lower. 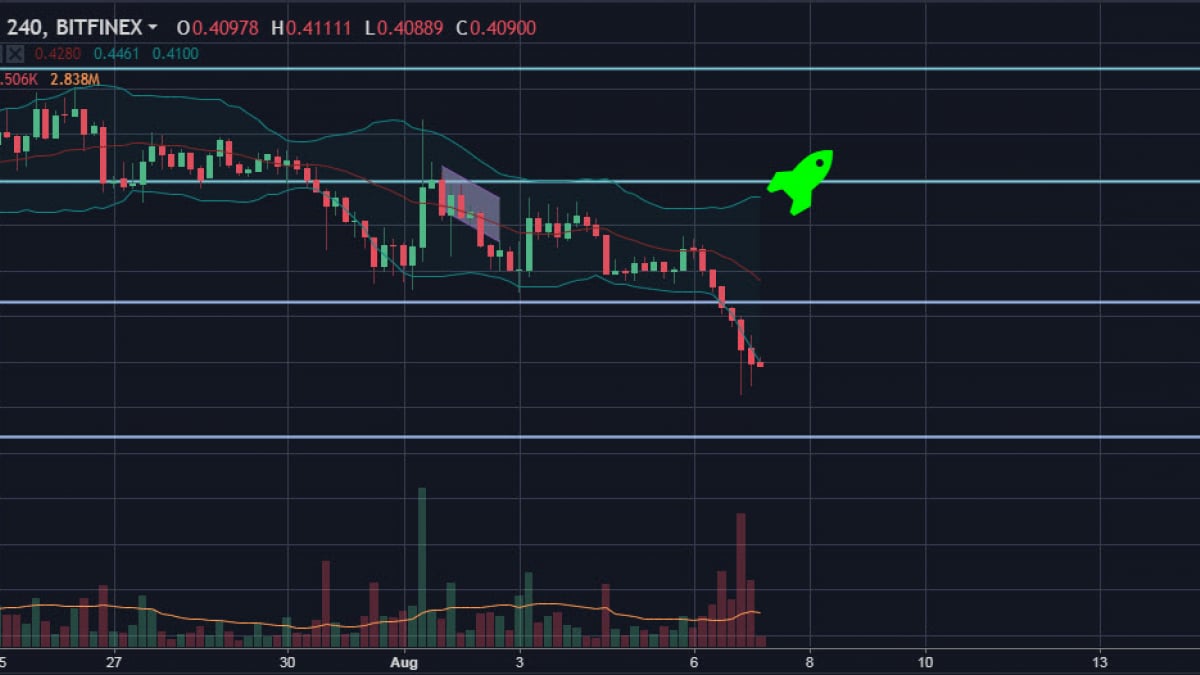 I can see currently the downtrend but I think it won’t last for long. The closest support area lies at $0.3934. There Ripple is going to make a stop in order to start a correction at least. I have set my targets at $0.4495. I think that XRP price is going to move there after it reaches the support at $0.3934.

However, I think that the changes for bulls and bears are equal currently. XRP price already established new local lows and bears have great chances to make new achievements. Bulls can also benefit from the situation when bears are exhausted.

EOS (EOS/USD) the moment of truth is close

EOS has less suffered from bears that Ripple did, but the currency pair is still below the descending trend line meaning we are still in a downtrend. The moment of truth is coming as there EOS price has equal chances to go upwards with a huge momentum or to decline towards next levels. 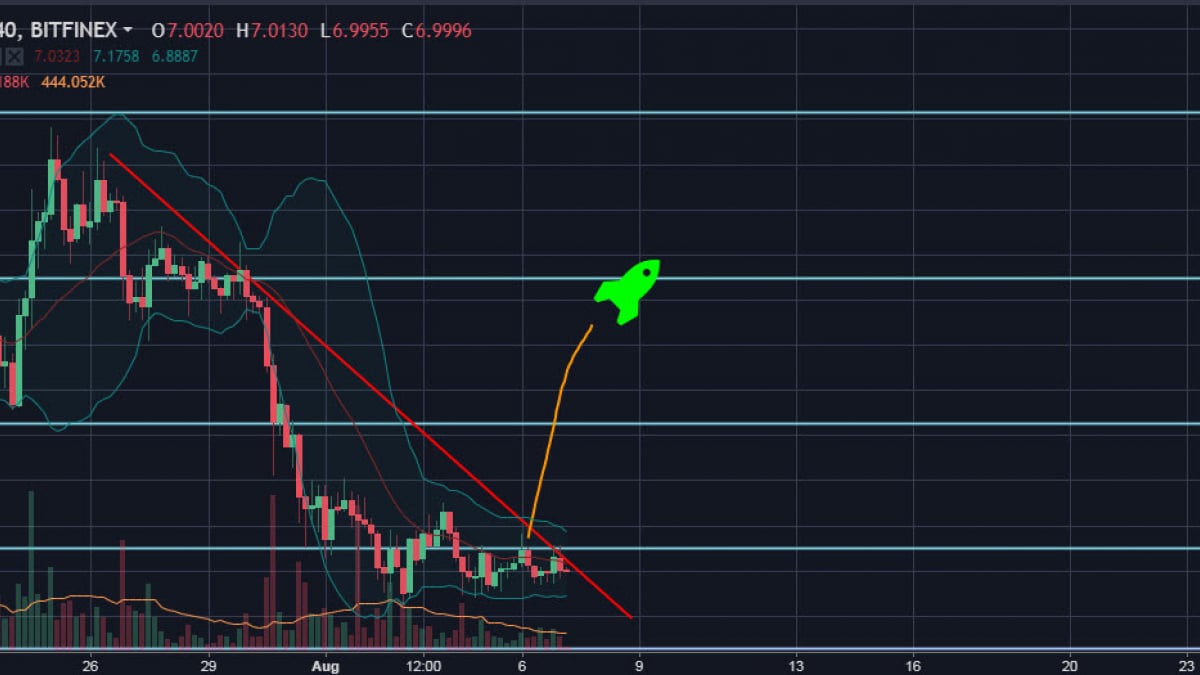 EOS stays below the resistance area at $7.10 but the currency pair is testing it several times. This may be either a good or a bad sign. The good news here is that bulls still make attempts to break it through. The bad news is that the bears have built the great wall there and prevent buyers from going upwards.

As I have previously mentioned, both sides have equal opportunities there. If bears win, they will be able to push the currency pair lower towards $6.65. If bulls are successful, I think their targets will be at the resistance areas at $7.65 and $8.29.