Bitcoin (BTC) Has Set Record of Staying Above $10,000 for Over 3 Months: Details

Yuri Molchan
Flagship cryptocurrency, Bitcoin, favored by retail users, has recently achieved the record of staying above $10,000 for one hundred days, here's why 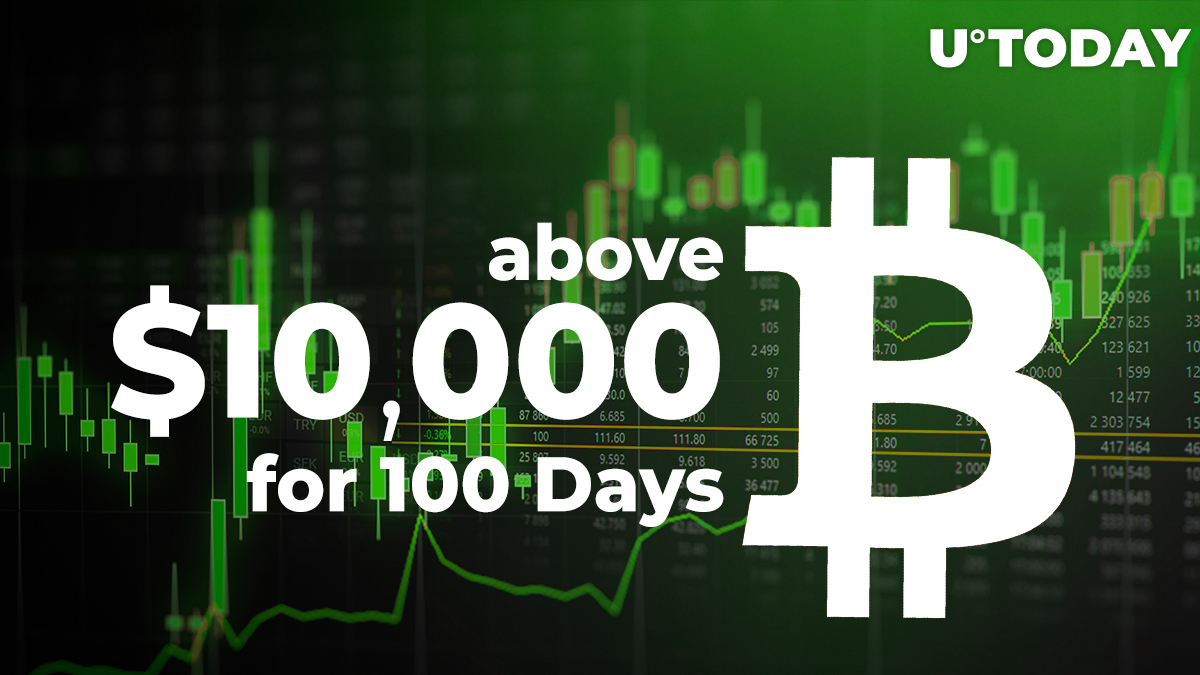 Bitcoin holding up for over 3 months, breaching $14,000 twice

Bitcoin first broke above the $10,000 level on July 26. Since then, it has been holding above that mark and rising.

Twice recently, since early 2018, Bitcoin has broken above the $14,000 resistance. This occurred on Oct. 31 and Nov. 3: on Halloween and on the 12th anniversary of the the Bitcoin white paper release.

Interest from financial institutions has been on the rise lately and is believed to be the major catalyst of the Bitcoin growth, as well as its record of holding above the $10,000 level for over three months.

As a reminder, such market giants as Nasdaq-traded Microstrategy obtained $425 mln worth of Bitcoin recently—on which they have now made larger profits than their revenue from business operations—and Square, spearheaded by Twitter CEO Jack Dorsey, acquired Bitcoin, allocating $50 mln to it.

Is Bitcoin yielding to miners' cashing out?

At press time, Bitcoin is trading at the $13,649 mark, according to data from the CoinMarketCap aggregator. On November 3, Bitcoin was briefly pushed above the $14,000 mark.

At this high price level, Bitcoin miners' outflow and amount of exchange deposits surged, as per Glassnode statistics.

The amount of active BTC addresses has not increased, according to data from Intotheblock, as retail holders are unwilling to part with their BTC.