Alex Dovbnya
?About a dozen FSB officers allegedly demanded a Bitcoin bribe from an ex-publisher of a top media outlet, the leaders of the group are arrested 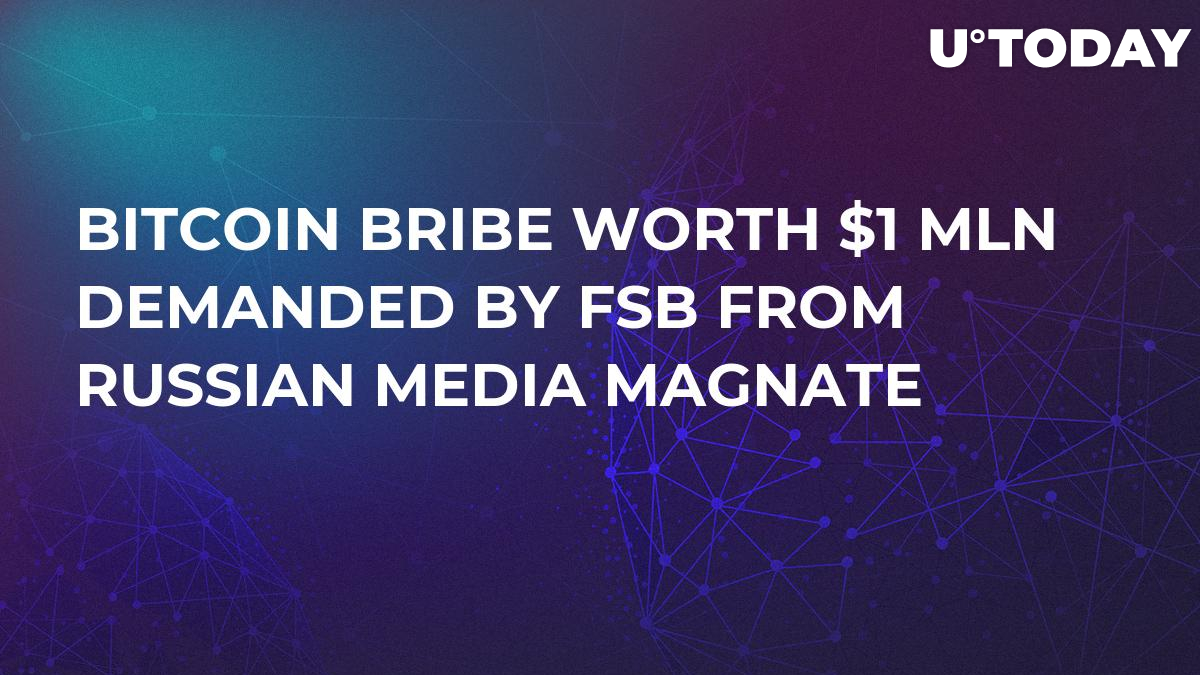 While government officials in Russia, are admitting their failure to regulate cryptocurrencies in a proper manner, central intelligence service (FSB) workers appear to see a high potential in Bitcoin and have attempted to get a bribe in BTC worth $1 mln.

A Russian media outlet reports, that a Russian political analyst, professor, PhD in Politics and the ex-CEO of the top media Izvestiya, Erast Galumov, was secretly arrested, while his family thought he was on a business trip. He was charged with a 43 million-rouble ($630,000) fraud.

Two FSB senior agents from a Moscow bureau in charge of the operation, Belousov and his assistant Kolbov, threatened Galumov’s son Alexandre, a middle-scale entrepreneur, and made him leave Russia, so he can avoid ‘doing time for his father’. Belousov was back then the head of the FSB department dealing with IT crimes.

Related
Bitcoin and Weed: Legal Cannabis Businesses Are Keen on Crypto, but There Are Caveats

Belousov made Galumov admit guilty, though his lawyers kept saying the case had no real grounds. Later on, Kolbov, under an aliased name contacted Galumov junior on Cyprus and told him the family had to pay $1 mln in Bitcoin.

If they do that, he promised, his father would get a better deal in court and would soon get out of prison. For rejection, Kolbov threatened to frame his father with further crimes he never committed.

Alexandre agreed and contacted FSB’s internal security service. Following their directions, he made several payments to Kolbov’s wallet, which were traced by FSB. Belousov and Kolbov were later arrested, but the investigators believe that a total of around 15 agents were working on the case for their share of the bribe

Earlier, U.Today reported that a Russian economist, a member of the Putin Academy, stated in Twitter that Bitcoin must not be priced in fiat, since everything priced in fiat eventually becomes corrupted.

At the moment, the Russian Duma is considering a draft law, which sets limits to crypto investments.

The law assumes that only accredited investors will be able to invest in crypto without limits. IN order to be an ‘accredited investor’ a person would have to possess over $150,000 (more than 10 mln rubles). As for ‘unqualified investors’ they would be able to buy crypto for a maximum amount of $10,000 (600,000 rubles).