Jack Thomas
Binance Coin has once again surged, and it is off some big news that could well cause major competition for Ethereum 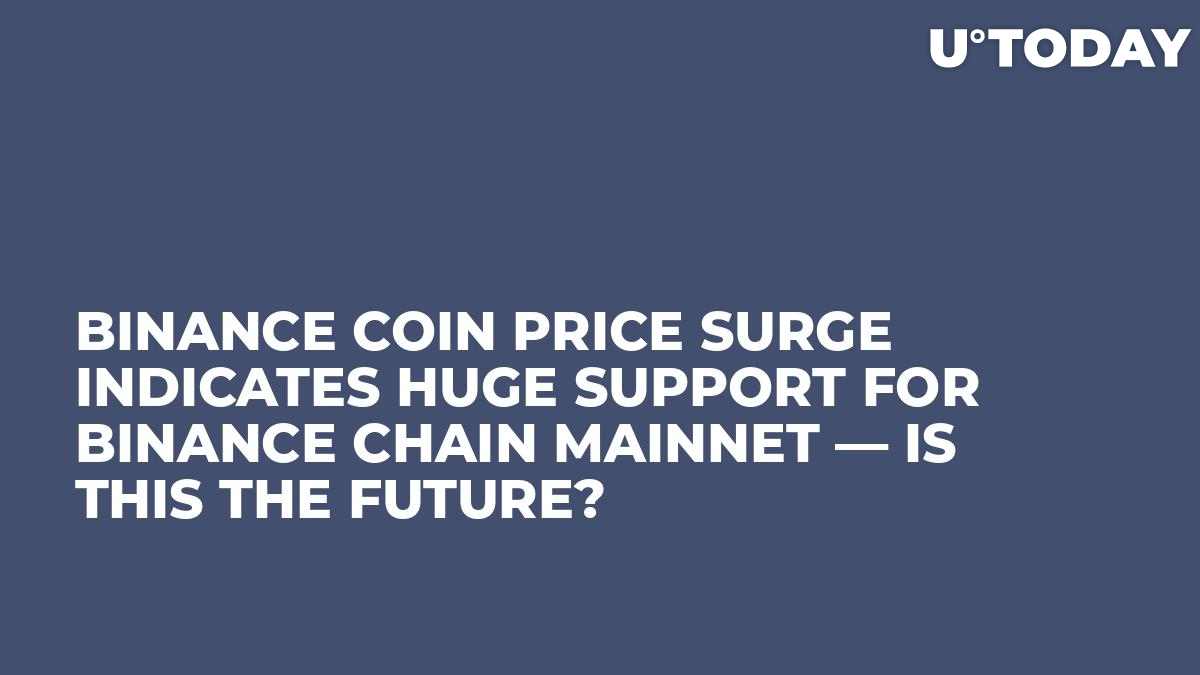 On a day where the markets are predominantly in the red, but only slightly, it is interesting to note that Binance Coin is surging. The exchange token is up fiver percent, but it is totally understandable as to why there is so much positivity around the company.

The biggests news, which comes off the back of its decentralized platform, Binance DEX, is that the Binance Chain mainnet has been launched and that they will be executing their Mainnet Swap on April 23rd.

This means that Binance Coin will be shifting away from Ethereum, leaving questions open as to what this means for Ethereum, which has been under the pump to stay relevant in today’s crypto and blockchain space. This move will result in a migration of $3 billion worth of BNB being moved away from the Ethereum blockchain and onto the new Binance chain.

All the good news emanating out of Binance has not only helped the coin to climb in price when the rest of the market settles down – it is helping it head towards a new all time high. Binance, like many altcoins, reached its ATH in January of 2018 in that parabolic stage.

Binance Coin hit $24 back then, and now, it is at $21 and rising with the thoughts being that when the mainnet move takes place, there could well be an even bigger surge. It is also interesting to note that just a few months ago, at the end of last year, it hit lows of $4.50.

The mainnet move is obviously good news for Binance, as the markets are suggesting, but is it equally bad news for Ethereum, which was the holder of $3 billion thanks to the exchange. Many people have speculated that this new blockchain platform will pose competition to Ethereum, but ultimately it will help diversify Binance Coin’s use cases while also increasing its utility.

So perhaps rather than being a direct competition to ETH, it is only going to strengthen Binance Coin and in doing so perhaps spell out the future of cryptocurrencies as there is good reason to believe that this token, with its added utility and use cases, will be a viable token for the world going forward.