Bitcoin and Weed: Legal Cannabis Businesses Are Keen on Crypto, but There Are Caveats

Alex Dovbnya
Despite Bitcoin’s growing popularity with cannabis merchants, it is unlikely to replace the omnipresent cash 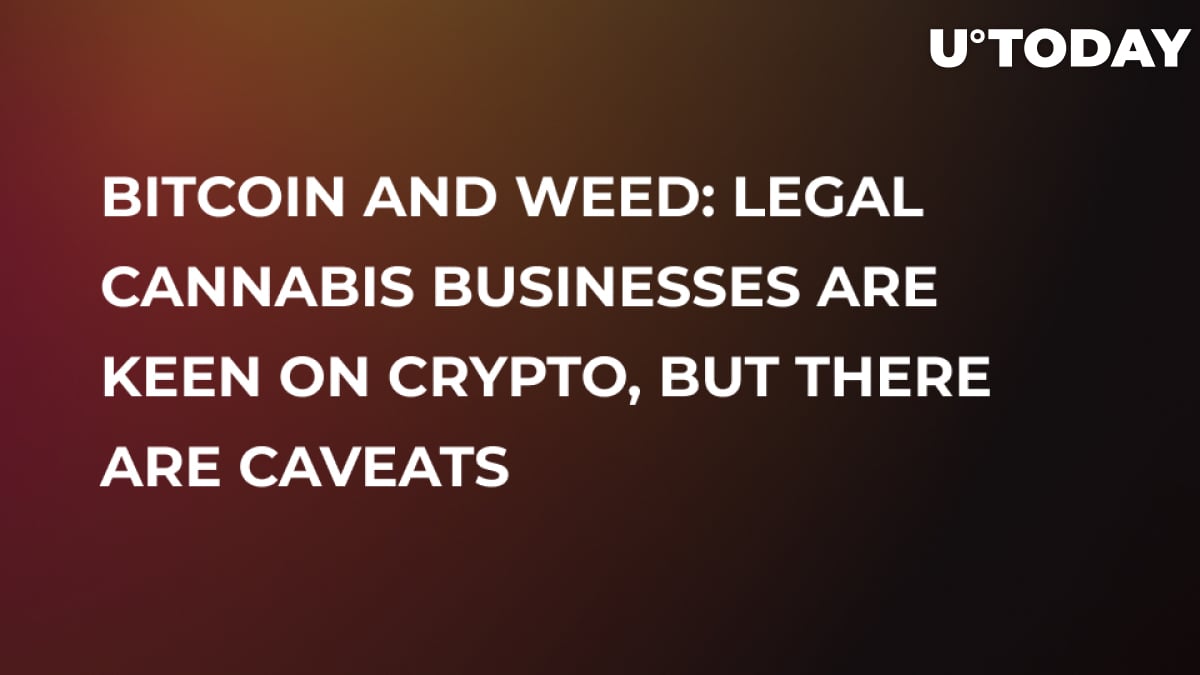 According to a recent Motherboard report, Bitcoin appears to be a boon for the cannabis industry that is currently ‘drowning in cash.’ However, the double-whammy of slow-paced adoption and price speculations prevent pot merchants from considering Bitcoin to be a serious alternative.

Cash is the king in the world of cannabis due to the fact that businesses are barred from accepting any other forms of payment. Banks won’t deal with pot for one simple reason – they are technically breaking federal law. Despite the fact that there are legal ways to get around these restrictions, the cost of compliance is too high for cannabis companies. Some of them being forced to fork out a whopping $10,000 on a monthly basis for simply opening a bank account.

Now, Bitcoin appears to be a game changer. U.Today has already shed light on the similarities between these two nascent (and barely legal) industries. Accepting Bitcoin directly seems like a game-changing alternative.

Still not a solution?

Bitcoin is not necessarily a viable solution when it comes to buying pot. Brooke Royse-Mallers (also known as ‘Bitcoin Mom’) owns a number of dispensaries along with a seed company. For her, accepting crypto seems like a much better option than conventional cash, but there are some bottlenecks.

She claims that very few people own Bitcoin and those who already do want to speculate on its price, so they aren’t eager to spend it on cannabis unless there are incentives involved. Those who buy her pot with BTC can save ten percent.