BENQI, an Avalanche Lending Protocol, Crosses $1B in TVL Only Days After Launch 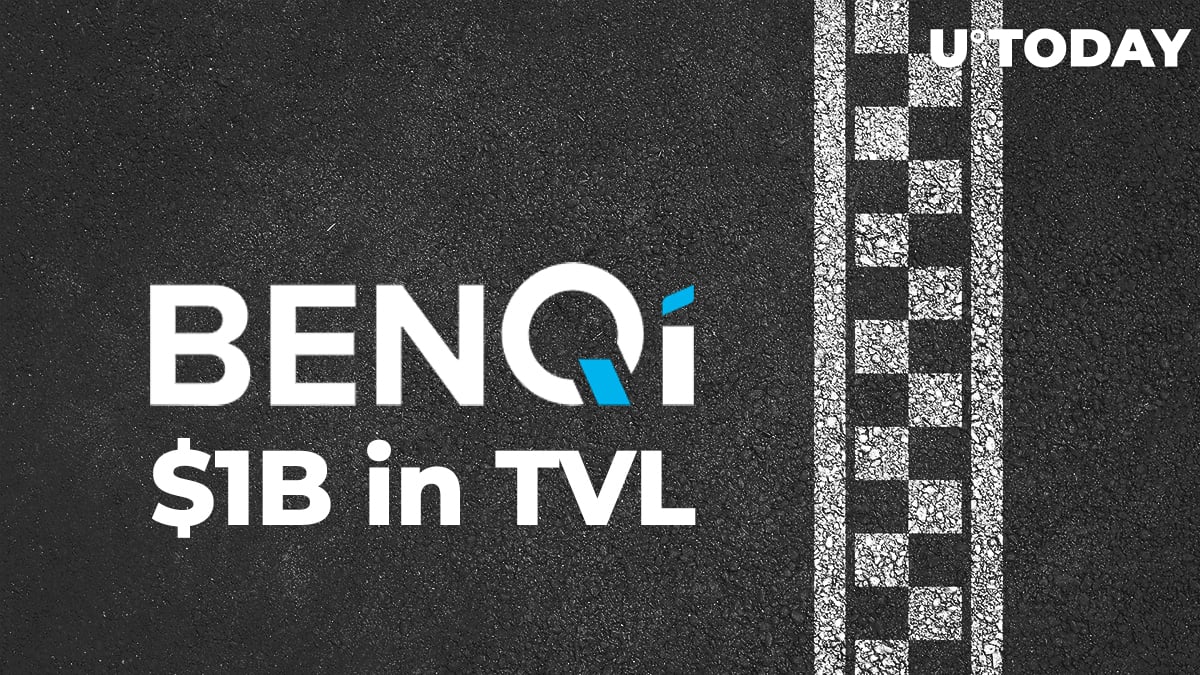 BENQI, an Avalanche lending protocol, has reached $1 billion in total value locked (TVL) only a few days after it launched. It took DeFi lending platform Aave (AAVE) 8 months to hit the billion-dollar mark.

As mentioned in the announcement, BENQI is an algorithmic liquidity market protocol that quickly managed to attract $1B+ in assets to its decentralized platform since being deployed on August 19. This milestone was achieved soon after a collaboration was announced with the Avalanche Foundation.

BENQI and the Avalanche Foundation have decided to participate in a joint liquidity mining program to commemorate the introduction of the BENQI protocol. They’re both eager to work on the next phase of growth within Avalanche’s DeFi ecosystem.

As noted in the update, $3 million worth of AVAX tokens will be allocated as liquidity incentives for BENQI users, with other incentive programs to be launched soon. The AVAX token will be offered as a reward to users who are lending and borrowing different crypto tokens such as AVAX, Ethereum (ETH), Chainlink (LINK), Wrapped Bitcoin (wBTC), Tether (USDT), and stablecoin DAI on the protocol with BENQI.

AVAX is the native token of Avalanche. It’s a hard-capped, scarce digital asset that is used to pay for platform usage fees, secure the platform through staking, and provide a basic unit of account between the multiple subnets currently live on Avalanche.

The upcoming phase will be focusing on further expanding upon high-performance financial primitives, like money markets. With the launch of the Avalanche Bridge, a secure bridging architecture that leverages Intel SGX to support quick, secure, and affordable asset transfers between the Avalanche and Ethereum chains, BENQI and other initiatives are in a position to lead the charge, with several other dApps expected to launch on Avalanche.

JD Gagnon, Co-Founder at BENQI, noted that this has been a solid week for the team and they’re pleased with the amount of support their partners and the Avalanche community have shown them.

John Wu, President of Ava Labs, a team supporting development on Avalanche, said that BENQI was introduced at a key moment for Avalanche users and the larger DeFi sector.

Wu also stated that its technology “adds a missing piece to the puzzle, and will make Avalanche even more attractive to users being priced out of other networks.” He added that this is “an exciting step in a broader community initiative to bring more assets and liquidity onto the platform.”

As noted in the update, BENQI was deployed on Avalanche's “highly scalable” network. It has been designed to bridge DeFi and institutional networks, beginning with the launch of BENQI on the Avalanche C-Chain.

With BENQI, Avalanche users may generate considerable interest on their crypto-assets, obtain credit through over-collateralized loans and also earn QI governance tokens as special rewards for supplying liquidity on the protocol and Pangolin.

During the past year, Avalanche has become one of the leading open-source platforms for creating dApps and enterprise-grade blockchain solutions via an interoperable and scalable ecosystem.

Avalanche is a decentralized, smart contracts-powered platform developed for the scale of international finance, with “near-instant” transaction finality. Ethereum programmers can deploy solutions on Avalanche as Solidity “works out-of-the-box.”

Recently, the new Avalanche Bridge went live. It aims to provide a seamless user experience (UX) when compared to the other versions and is set to replace the Avalanche-Ethereum Bridge that launched in February 2021.

The Avalanche Bridge is about five times cheaper than the previous Avalanche-Ethereum Bridge. It has been created using Intel SGX Enclave tech, which is believed to be a major innovation in secure computing that can handle all operations in a closed, tamper-proof setting.

The Avalanche Bridge has been developed with enhanced audit capability, better overall security, lower costs, quick transaction speeds, the ability for users to view transaction status at any time, multi-chain functionality, among other features.

“The new Avalanche Bridge is a leap forward in bridging technology, but most importantly, it is a dramatic improvement in experience for users and developers across the Avalanche community. It will be a growth engine for the next phase of growth on Avalanche, and set a new standard for secure and efficient cross-chain interoperability.”