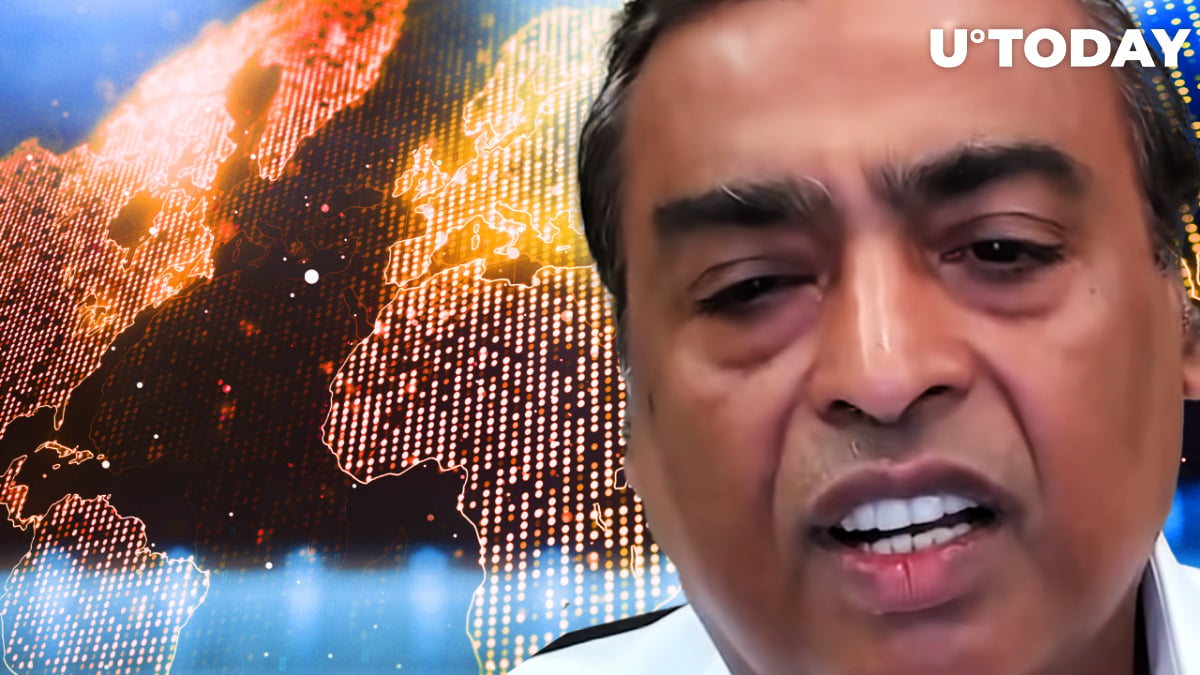 Indian billionaire Mukesh Ambani, whose net worth is estimated at $92.6 billion, spoke favorably about blockchain, the technology that underpins most cryptocurrencies, at the Infinity Forum earlier today, according to local media reports.

Ambani noted that there is a significant difference between blockchain and crypto, adding that the former offers a slew of promising use cases: from ensuring supply chain transparency and enabling fast transaction settlements to digitalizing art and ensuring data privacy:

Using blockchain, we can deliver unprecedented security, trust, automation and efficiency to almost any type of transaction," Ambani said. It can be used to modernize our supply chains that form the lifeblood of our economies.

Unlike some other ultra-wealthy individuals, the Reliance Industries shareholder had been silent about his stance on cryptocurrencies. In early 2018, there were numerous reports about Ambani launching his own cryptocurrency, called "Jio Coin." The project, however, never saw the light of day.

Ambani is not the only billionaire with the once-pervasive "blockchain, not Bitcoin" attitude.

American mogul Warren Buffett, one of the harshest Bitcoin critics, said that blockchain was "important" in early 2019.

As reported by U.Today, the Indian government recently backpedaled on its plan to impose a blanket plan on crypto, but crypto projects and exchanges will have to comply with new regulations.

During the interview, Ambani backed "forward-looking" regulatory proposals introduced by India's lawmaker, including the hotly anticipated cryptocurrency bill that is expected to be cleared by the cabinet by mid-December.