Alexander Goborov
As this year’s fourth quarter is almost through, the annual market cap stats are in: while Bitcoin and Ethereum are in real trouble, Ripple is actually doing better 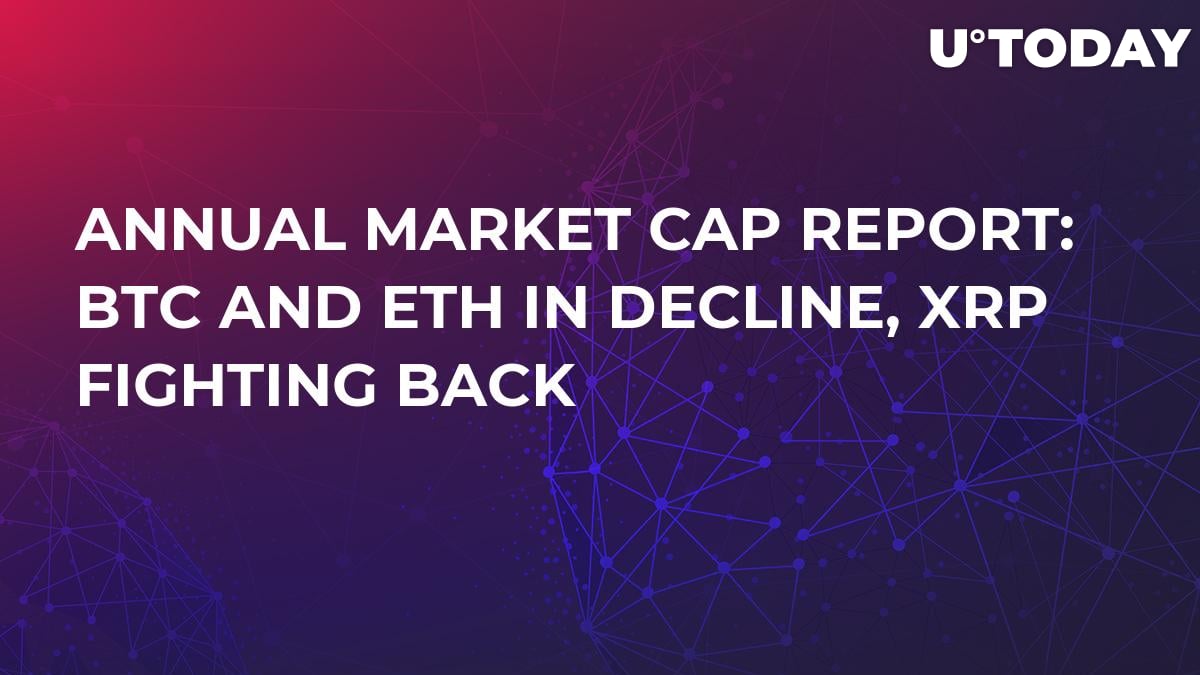 This year has been one big crypto drama unfolding before the eyes of those who have anything to do with the world of Blockchain. It started as the December 2017 Bitcoin bubble was coming to a pop, followed by a period of gradual recession, then stagnation, and finally a sharp dive towards the end of 2018, ironically, the scandalous finale being the exact opposite of the situation from twelve months ago.

But not everything is a gloomy as it might seem, for there are, it turns out, some winners here after all, and not just among devious traders, but, more interestingly, among the crypto coins themselves.

So, let us have a closer look at the latest market cap stats from this year, organized quarterly. This analysis was conducted independently and in the following way: daily market cap figures were collected, then manually turned into monthly averages, and finally into quarterly means. The three current leaders were examined: Bitcoin (BTC), Ripple (XRP), and Ethereum (ETH). Here is the end result: 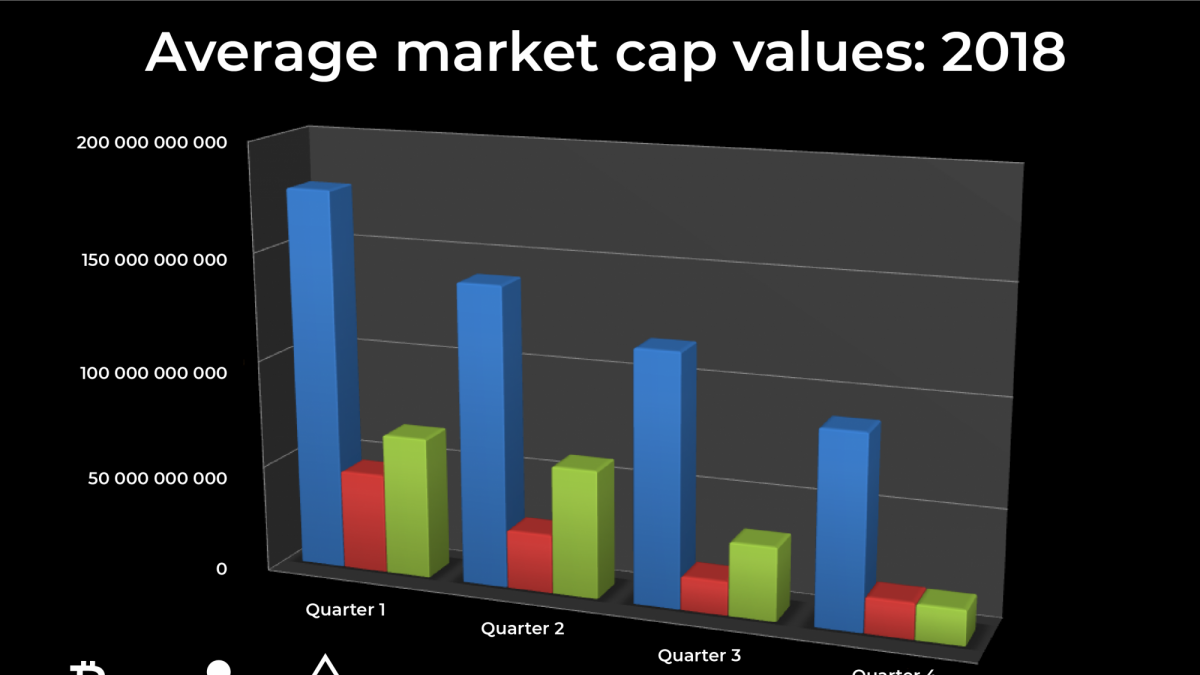 In the second quarter, there was a decline for everyone. Bitcoin dropped to around 140 billion USD, Ethereum to around 60 billion USD, and Ripple to around 27 billion USD. Because BTC’s drop was not yet its biggest (21%) and ETH’s was the smallest of all three (9%), it was XRP that suffered the most: it dropped almost 42%, and the gap between ETH and XRP increased substantially from the first quarter.

The drop continued. Bitcoin fell to around 117 billion USD, Ethereum to around 34 billion USD, and Ripple to around 16 billion USD. BTC’s decrease of 16% was not as heavy as in the second quarter, while XRP’s rate of decline remained the same (around 41%). In this quarter, it was ETH that lost a great deal of vitality: its grip on the market decreased by almost 44%, which led to a less pronounced gap between ETH and XRP.

This quarter is comprised of the months of October, November, and December. While the figures were obviously heavily influenced by the more recent events, these are, of course, quarterly aggregate averages which are meant to reflect an overall situation this year. As a result, the figures from Q4 differ from today’s averages of 71 billion USD (BTC), 15 billion USD (XRP), and 12 billion USD (ETH) by the very nature of this statistic.

So, in this final quarter of 2018, Bitcoin dropped to around 90 billion USD (23%), Ethereum fell to around 16 billion USD (a nosedive of 53%), and XRP actually rose to around 17 billion USD (6%). Ripple’s comeback was possible thanks in parts to XRP’s performance earlier in the fall, and in parts because of BTC’s violent plunge in November which gave XRP a sudden boost from investors and traders alike. Consequently, the gap between BTC and the other two market leaders became proportionally larger, and XRP overtook ETH as the second most valuable currency in the world.

The general trend has a very logical feel to it. At this point, there are two main scenarios: further down or back up. Whichever one prevails is unclear. What is clear, however, is this:

1) The values of major coins (both market cap and price) will in any case, sooner or later, see their former glory and probably even surpass previous records;

2) Unless Ethereum futures become a major game changer, Ripple may prove to be an unbeatable rival for Ethereum to claim back its position as the second most valuable cryptocoin;

3) Such new trading features as Bitcoin Exchange-Traded Funds, which are pending approval by SEC and now gaining in popularity, and security tokens may just alter the crypto landscape so drastically that all other predictions could become largely inadequate in the long run.