Bitcoin ETF, a Tail Wagging the Dog: Interview with the Founder of Virtuse Exchange, Ras Vasilisin

Alexander Goborov
With Bitcoin ETFs being considered for approval, the CEO of Virtuse Exchange, Ras Vasilisin, explains what it might spell for the crypto market 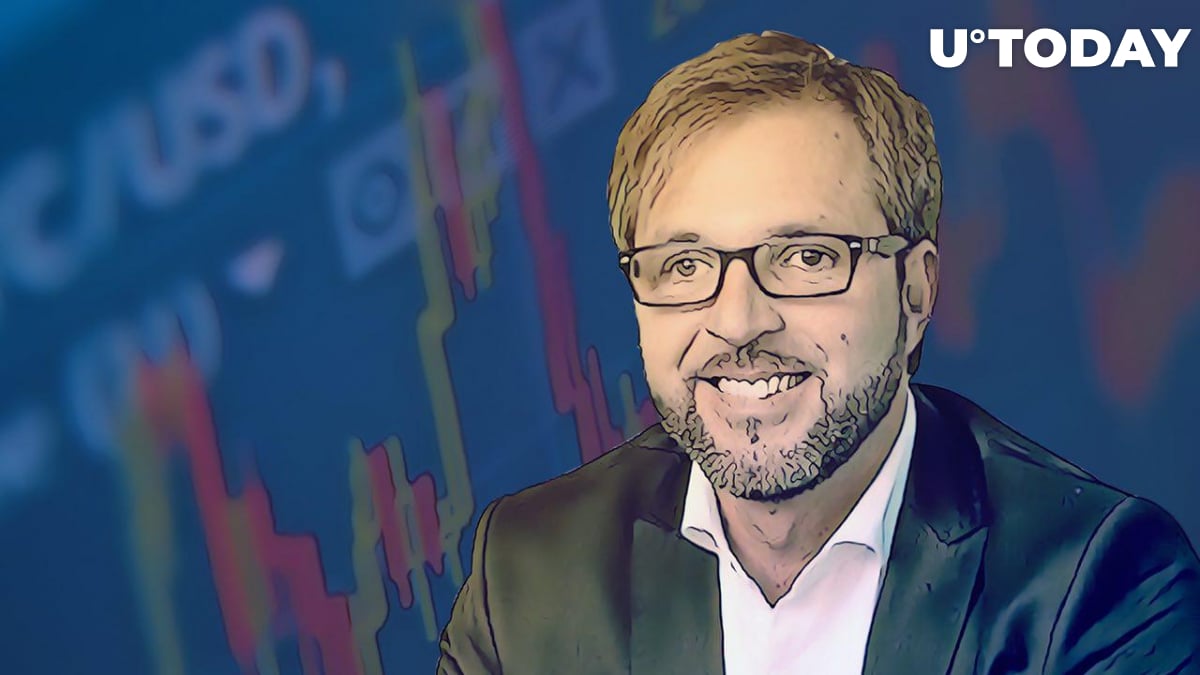 Rastislav Vasilisin, a native of Slovakia, is the founder and CEO of Virtuse Exchange, a crypto exchange platform based in Singapore. With many years of experience as a trader on Wall Street, Ras sat down with U.Today to talk about the current crypto market situation in general and Bitcoin Exchange-Traded Funds in particular.

U.Today: Hello Ras, you are now the CEO of a crypto exchange platform. Why did you leave the life of a traditional New York trader behind?

Ras: My personal trading adventure kicked off 23 years ago in New York as a stockbroker on Wall Street and later as a financial analyst at Mitsui. However, I got bored with the capricious corporate lifestyle and together with a friend of mine decided to move back to Prague in 2001. Five years later, I co-founded a brokerage company, which became a predecessor to the Virtuse Group.

U.Today: Nowadays, there are quite many crypto platforms around. What is the attraction of creating one? How challenging is it really? How is yours different?

Ras: After 12 years as one of the largest carbon emissions traders in Europe and China, we decided to bring commodities to the crypto world. Commodity trading had been traditionally the domain of large banks and institutions. Incumbent exchanges are largely exclusive, requiring chunky collaterals, fees, and extensive prior experience in trading. We decided to change that and make the space more inclusive for everyone, not only for the 0.1% of the world population.

There are many challenges associated with running a platform like that, of course. The main ones are rooted in technology, regulations, and liquidity. The tech hurdle we solved by developing our cutting-edge platform with the smart contract for multi asset trading. Liquidity is being facilitated by the world’s top market makers. And the compliance issue we solved by applying for the first crypto-commodity exchange license in the world, residing in Singapore.

In one sentence, Virtuse Exchange is a crypto exchange that bridges crypto markets with trillions of dollars worth of financials, commodities, and physical assets. We facilitate trading of all these assets on one platform, with minimal incremental investments and deposits. In reality, an investor can invest into oil, silver, or coffee with as little as one Bitcoin or Ether. Naturally, no banks or intermediaries are involved.

U.Today: It seems that Asia is currently leading the world by the number of crypto exchange platforms, in terms of how many there are and how big they are. What is the reason for that? And, of course, you chose Singapore, which is in Asia, as Virtuse’s home. Not a coincidence?

Ras: I relocated my family and Virtuse Group’s HQs to Singapore 4 years ago in order to stay near to China, our largest emissions market. Singapore is the 3rd most favorable country for ICOs in the world, and thanks to the light touch on the regulations from MAS, ICOs are able to thrive in Singapore. Since I had already lived in Singapore previously, it was an obvious choice for me in terms of where to launch the platform.

U.Today: What are your exact thoughts on Bitcoin Exchange-Traded Funds (ETFs), which you seem to be quite critical of?

Over the last decades, Wall Street has perfected the art of leverage-based financialization. Global banks and large hedge funds effectively created several times more financial claims to commodities than there are underlying assets, which distorted the price-discovery mechanism.

Sadly, the financial engineering has already infiltrated the Bitcoin markets too. Thanks to the Bitcoin futures and many other exchange-based leveraged products, we can detect the effect of financialization of Bitcoin. Daily liquidity for synthetic versions of Bitcoin is already approximately $15 billion, which is three times more than Bitcoin's daily spot liquidity of approximately $5 billion.

As we move closer to the date of the potential Security and Exchange Commission's approval of ETFs, there is a legitimate uneasiness in relation to what leverage-based financialization might bring to the crypto market.

U.Today: You have said before that a Bitcoin ETF could become absolutely disastrous. Could you elaborate on that?

Ras: Let me take a step back and clarify. It is no secret that the Bitcoin price reached its peak on December 17, 2017, when CoinMarketCap recorded the aggregate price of Bitcoin standing at 19.535.70. Coincidentally, this was the very same day that CME (Chicago Mercantile Exchange), the financial giant, had their Bitcoin futures trading launched.

I warned at the time that artificial Bitcoins in the form of futures are artificial cash settled IOUs (debt acknowledgments) without the physical delivery of Bitcoin. All the institutional money flowing into this “fake Bitcoin” has not been affecting the price of Bitcoin positively. In fact, it’s been affecting it in the opposite way mostly, since this flow dilutes the highly cherished scarcity by artificially creating Bitcoins.

U.Today: How much capital exactly are we talking about here?

Ras: It’s a huge amount. In the third quarter of this year, Bitcoin futures average daily volume rose 41% and open interest was up 19% over the second quarter, according to the CME website. In Q3, on average 757,950 paper Bitcoins were traded per month. Which is about 3.6% of all Bitcoins ever in existence. That amount doubled from the first quarter. The average daily volume on the spot is about $6 billion.

Introduction of cash settled futures in other assets caused the same market price to decline. Take the gold market for example, although numerous other examples can be used.

U.Today: The gold prices were also influenced by CME in this way?

Ras: Gold markets have been in steady decline since 2011, from the peak price of roughly $1,900 to $1,230 /oz. CME runs COMEX, which is the derivatives market where gold futures are traded. COMEX through its clearing banks provides margin trading and on average issues 360x more paper gold than physical gold. It makes Bitmex’s 100x leverage with its socialized losses look like child’s play.

And this all comes at the expense of the gold investors. The large banks and brokerages can technically create 360x more gold out of thin air, while an average retail investor has to come up with hard cash to buy gold at full price.

Bitcoin ETFs might eventually be leveraged in the same manner as the futures contracts. The same financial engineering dynamic as this year might be played out next year, too. This will most probably take the wind out of the sails in 2019.

U.Today: Is there any space left to be optimistic about these funds at all?

The first reason is that HODLers can resist the aforementioned pattern simply by keeping their coins outside of the financial system. Unlike gold or silver, most of the spot holders in Bitcoin markets are already storing their coins away from the system, making it hard for financial institutions to borrow it.

Due to the hard-to-borrow nature of Bitcoin, the magnitude of the impact of ETFs, futures, and other Bitcoin derivatives might be smaller than with commodities derivatives that are mostly settled in underlying assets. Nonetheless, cash-settled derivatives have a lot of potential to affect the price of the underlying coins.

U.Today: We’d better keep our eyes peeled then. But let’s shift our focus. You do a fair bit of travelling attending forums and giving talks. Anything in particular that stood out for you this year?

Ras: I’ve been extremely pleased with the turnout at the largest crypto events in Asia. The tremendous amount of entrepreneurial talent, energy, and funds that are still being poured into the space is mind-boggling. This market has an enormous potential to disrupt and transform the entire economy, particularly financial, healthcare, and government ecosystems.

U.Today: How do you see the future of the crypto market and, perhaps more importantly, Blockchain and DLT in general?

Ras: I believe the DLT and crypto are alongside inventions like the steam engine, computer or Internet, one the most disruptive technologies in history.

Blockchain is set to fundamentally transform the way business is carried out in industries all over the world. I would encourage everybody to start paying attention right now.