Denys Serhiichuk
Has the time arrived to buy back the altcoins market? 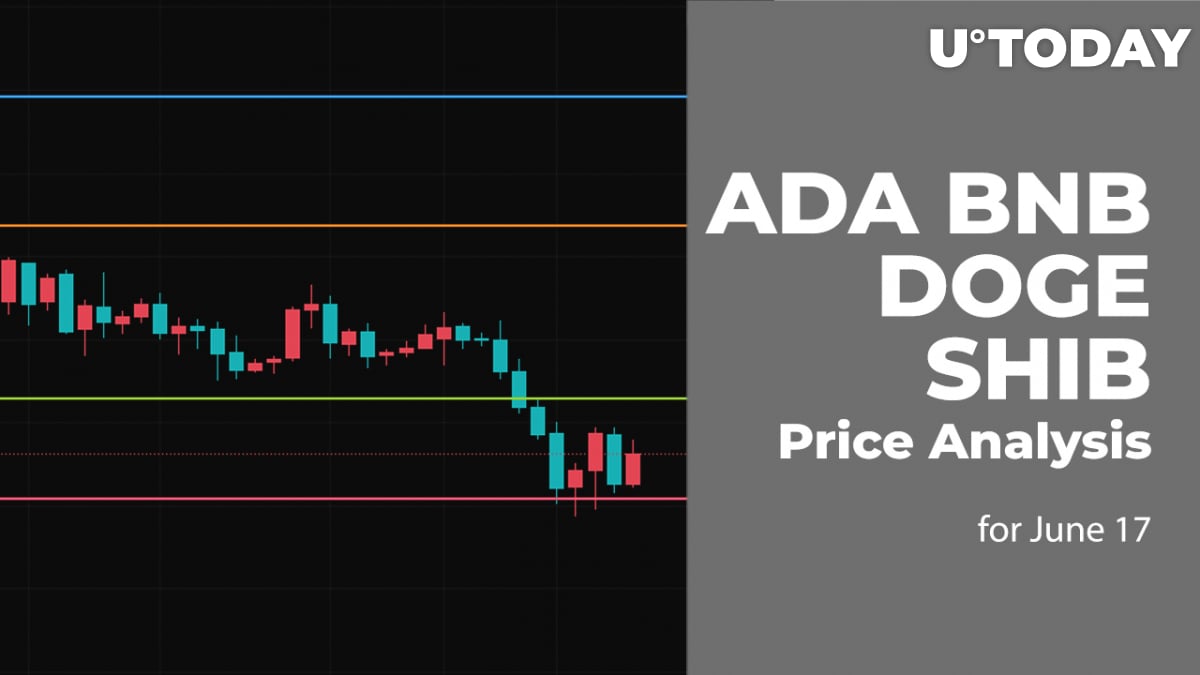 Most of the coins are recovering after a few days of decline; however, there are a few exceptions to the rule.

The rate of Binance Coin (BNB) has risen by almost 2% over the last 24 hours.

Despite slight growth today, the rate of the native exchange coin is located near the support zone, which means that bears' pressure continues.

Thus, the buying volume is low, confirming bulls' weakness. In this case, the daily candle near the $210 mark might be a prerequisite for a breakout below $200 soon.

Cardano (ADA) has gained less than Binance Coin (BNB), with a growth of 1.74% since yesterday.

From the technical point of view, Cardano (ADA) is looking better than Binance Coin (BNB) as the rate is far away from the support level at $0.3974. However, the altcoin could not come back above the $0.50 zone, which means that it has not accumulated enough power for a further rise. Respectively, sideways trading in the range of $0.45-$0.50 is the more likely scenario for the upcoming days.

DOGE is the biggest gainer from the list today, going up by 2.45%.

DOGE is trying to return to the middle of the wide channel after the false breakout of the support level at $0.05134. At the moment, neither bulls nor bears are dominating as the price is stuck around the $0.056 mark. All in all, if buyers can hold the support, there are chances to see the test of the $0.060 zone shortly.

SHIB could not follow the rise of DOGE, falling by 0.24%.