89% of Bitcoin Addresses Are in Profit, On-Chain Data Finds

Joseph Young
The overwhelming majority of Bitcoin addresses are in profit, on-chain data from intotheblock shows 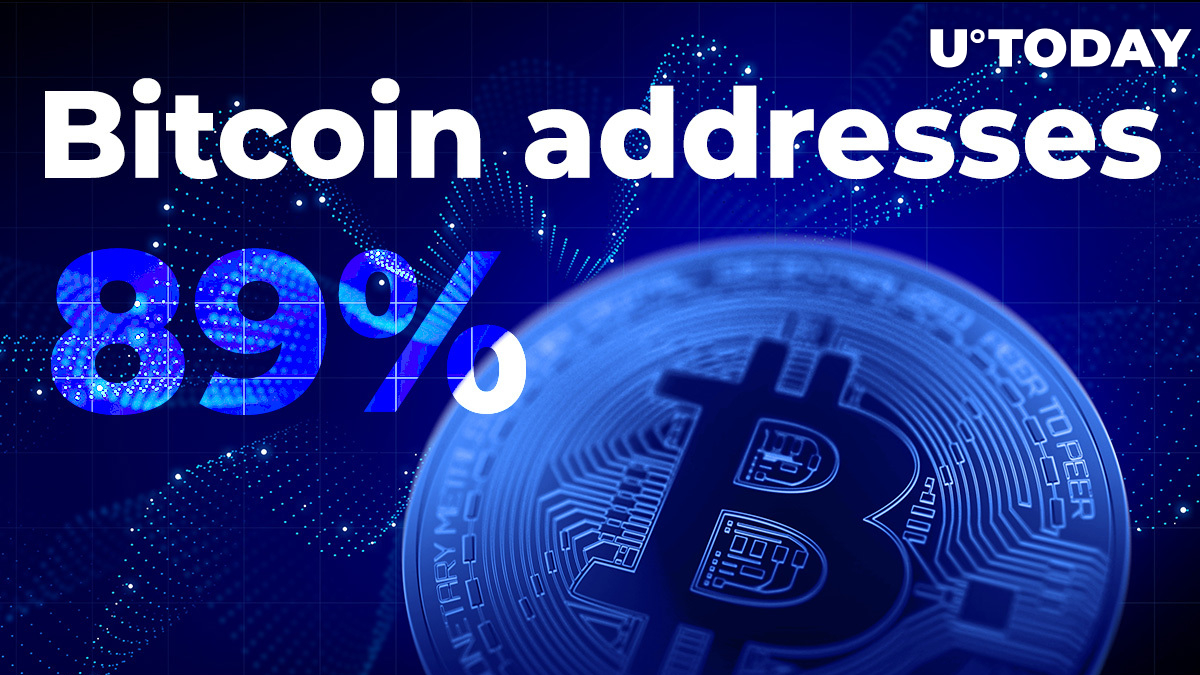 According to data from the blockchain analytics firm intotheblock, 89.28% of Bitcoin addresses are currently in profit.

On-chain data show that there are 31.94 million addresses on the Bitcoin blockchain network with a balance. That means a total of 28.5 million Bitcoin addresses are in profit with the BTC price above $11,000.

A Mixed Sign: Why the Data Can be Analyzed as Both a Negative and Positive Factor

The analysts at intotheblock suggested that the figure is a positive factor for the medium-term price cycle of Bitcoin.

Since the overwhelming majority of Bitcoin holders are in profit, it could hint that the current Bitcoin price cycle is optimistic.

The data could also indicate that the price of Bitcoin has increased substantially throughout the past seven months to the point where most buyers are now in the positive.

But, one could analyze the data as a potentially negative statistic because it means buyers could want to sell BTC.

Whales often wait until their position is either breakeven or in profit to sell. If BTC drops below their entries, they tend to wait until BTC recovers.

Retail investors, in contrast, tend to have no specific pattern in selling or buying Bitcoin. For that reason, during times of extreme uncertainty, there are often capitulation phases.

Still, there is a strong possibility that retail investors could be compelled to sell BTC while they are in profit.

There are many investors that have accumulated from the $3,000s to $11,000 since March. Whether that could lead to a take-profit pullback remains uncertain.

In the near term, on-chain data suggests that retail investors are unlikely to move quickly to sell their Bitcoin holdings.

The two key figures back the argument of analysts that anticipate a stronger accumulation phase for BTC in the fourth quarter.