70 Percent of Brits Have No Clue About Bitcoin

Alex Dovbnya
❓₿?Most Brits still view Bitcoin as a ‘get-rich-quick’ scheme, but the FCA warns that their lucid dreams can be disrupted by the volatile nature of crypto 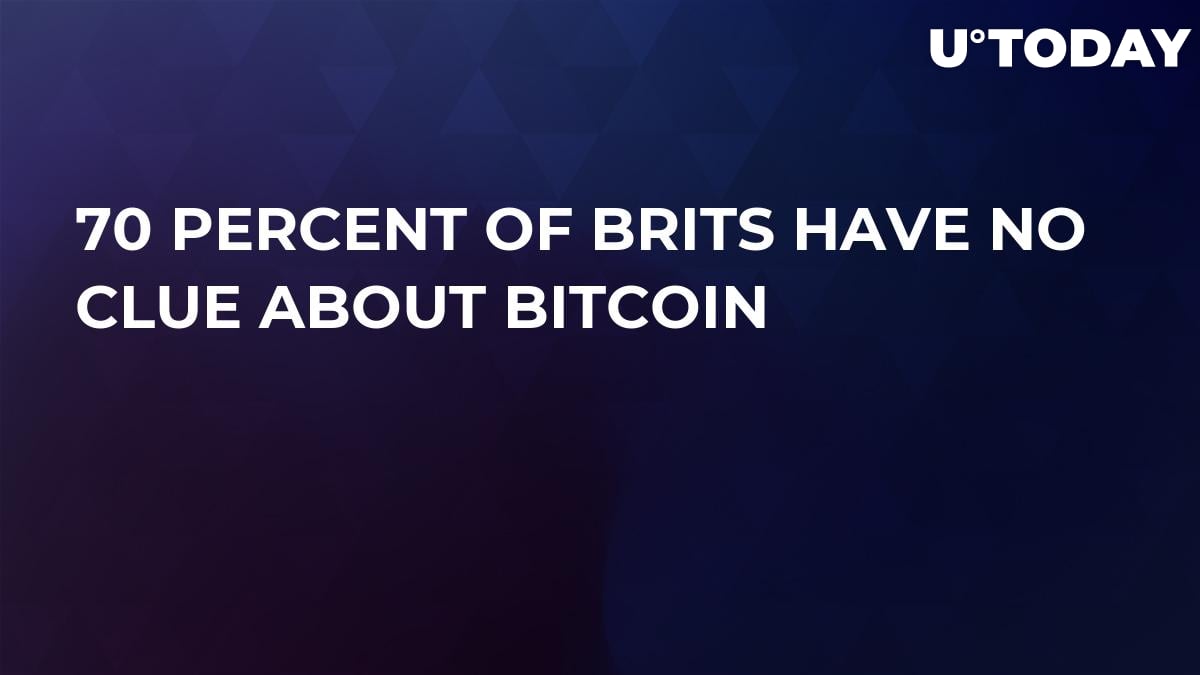 The Financial Conduct Authority (FCA) has recently published a study which shows that the majority of British people have a very vague understanding of how cryptocurrencies work. The UK financial watchdog also warns British consumers about the potential risks of cryptocurrency investments.

The majority of those interviewed would talk about buying a ‘whole’ Bitcoin without understanding that any digital asset can be divided into a myriad of smaller parts. People also struggled to define what a cryptocurrency asset actually is. Not surprisingly, millennial men turned out to be the most knowledgeable demographic when it comes to crypto.

Only 3 percent own Bitcoin

Another FCA-commissioned survey, which was conducted by research firm Kantar, suggests that 70 percent of people aren’t aware of crypto or are unable to define it. Meanwhile, only 3 percent of Brits own crypto assets, with Bitcoin being their primary choice.

When it comes to the reasons why Britons are investing in cryptocurrencies, the desire to get rich quickly definitely takes the cake. Young people are enticed by the possibility of making ‘easy money’ without breaking a sweat. FOMO (fear of missing out), aversion to traditional investment instruments and advice from a friend are cited as other popular motives behind the responders’ interest in cryptocurrencies.

While the FCA does warn UK consumers that they can lose all their money, the authority also states that the harm caused by cryptocurrency assets might have been over-exaggerated. Hence, there is no need to introduce ‘draconian’ rules as of now.

Notably, the watchdog also recently exposed a Bulgarian crypto scam dubbed ‘Next Coin Market’, which claims to be FCA-authorized.