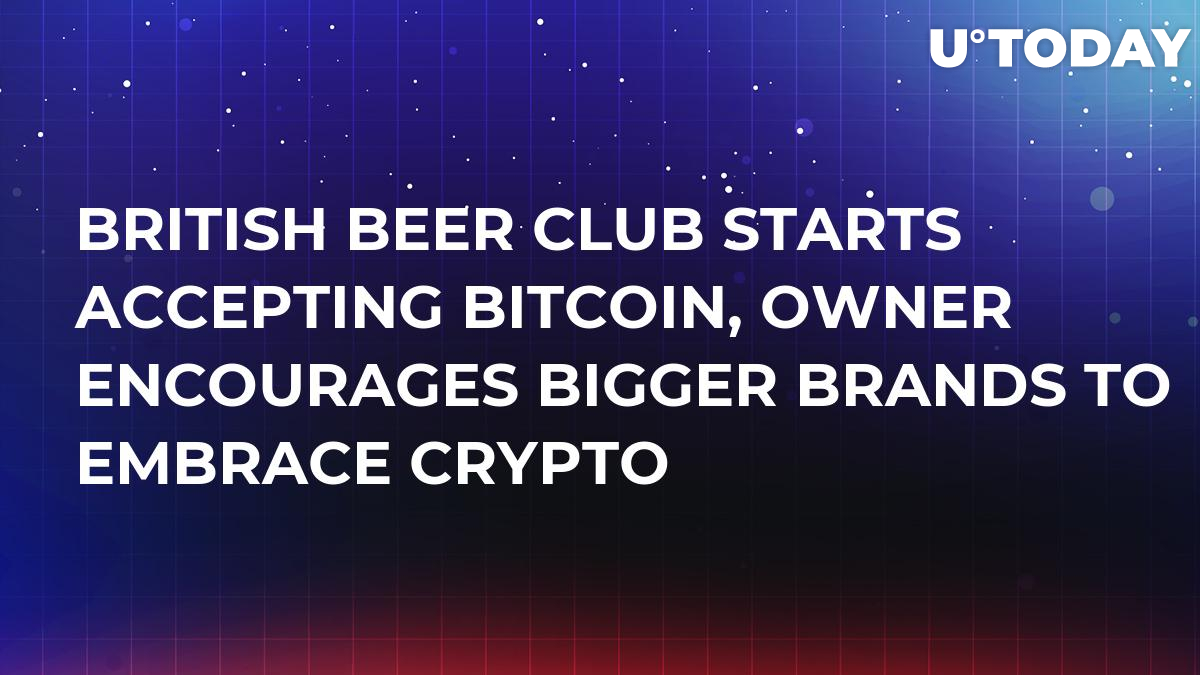 A popular beer club in Bristol (the UK) has recently embraced Bitcoin as a potential means of payment, a local media outlet BristolLive reports. From now on, their clients will only need their digital wallets in order to fetch a drink.

Exploring the world and crypto

The club owners claim that the Dog and Bird media production company that is situated just above the club inspired them to embrace Bitcoin. While globetrotting to film its new crypto-related movie, Liam Turner and Tom McKerrow of Dog and Bird stumbled upon a New Hampshire-based payment system Anypay that allows making purchases with Bitcoin. Shortly after that, Mr Wolf got interested in this technology, and it became the first European company to adopt it.

Liam Turner says that everyone was excited about the innovation, enjoying the possibility to make real-life payments with crypto. He wants to unveil the obscure world of digital assets for his clients by showing the benefits of using them for everyday purchases.

A stepping stone for mainstream adoption

Turner hopes that Bitcoin would soon be able to hit the mainstream in the UK. Meanwhile, as U.Today reported earlier, nearly 30 percent of Londoners are considering investing in crypto, but this figure barely surpasses 13 percent nationwide.

This attitude fully resonates with Mark Wolf, the Mr Wolf owner. He claims that he “fully supports” Bitcoin and believes that the flagship currency has a great future ahead of it. However, he adds that it is crucial for regulators and traditional banking institutions to get on board.