$400 Million Liquidated on Crypto Market as Bitcoin Plunges to $36,000 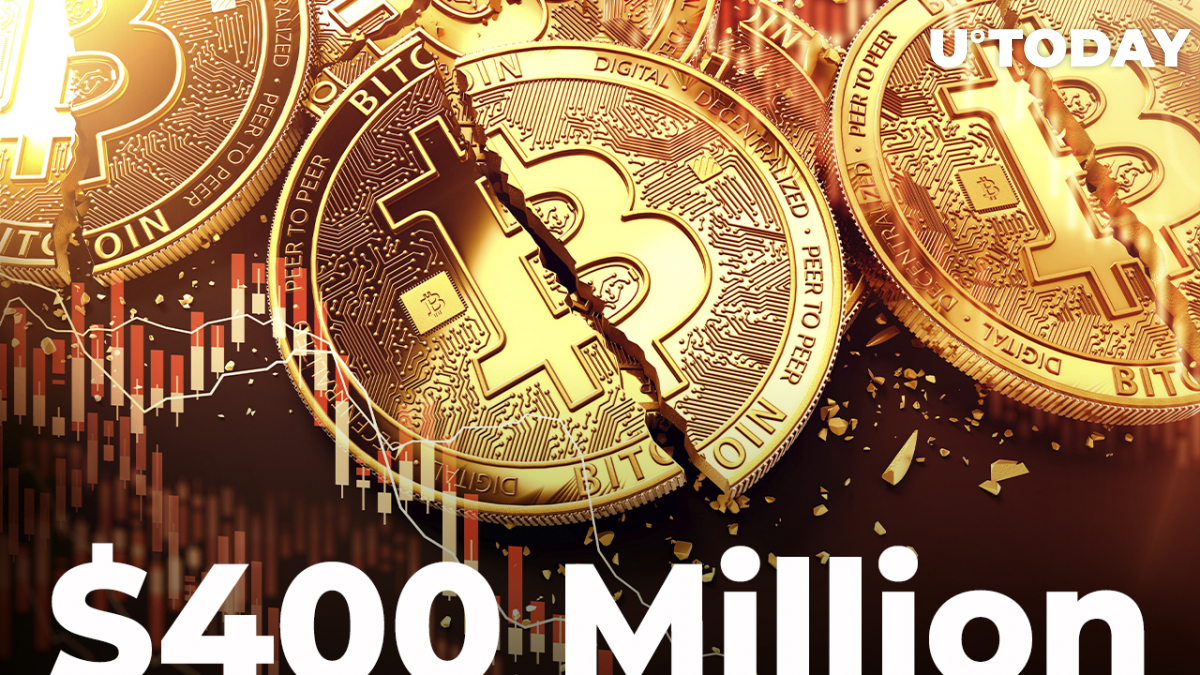 A total of $400 million worth of long orders were liquidated on the cryptocurrency market in the last 24 hours following the massive plunge of Bitcoin to $36,000, per CoinGlass. The first cryptocurrency even managed to briefly test the $35,000 range before a slight recovery.

As the market tracker suggests, $420 million worth of orders on various cryptocurrencies were liquidated during Bitcoin's drop to almost $35,000. On average, 65% of all liquidated orders on various exchanges were longs, which may appear surprising since Bitcoin has not moved upwards after falling to $36,000.

The largest liquidation volume was provided by Okex as the platform reported $150 million worth of longs liquidated. Back on May 5, liquidated longs accounted for 85% of all liquidated orders.

As for liquidations by symbols, Bitcoin traditionally remains in first place with $200 million worth of orders liquidated. Second place is also traditionally taken by Ethereum, and third place goes to a newcomer, ApeCoin, which provided $12 million in liquidations.

Following the drop below the ascending range, Bitcoin is swiftly moving down while looking for the next support that is yet to be determined by the cryptocurrency market. Some traders are betting on a reversal around $33,500, according to TradingView.

The zone correlates with the beginning of the previous short-term rally on Jan. 24. The next technical resistance is the 200-week moving average, which currently sits at around $27,000.