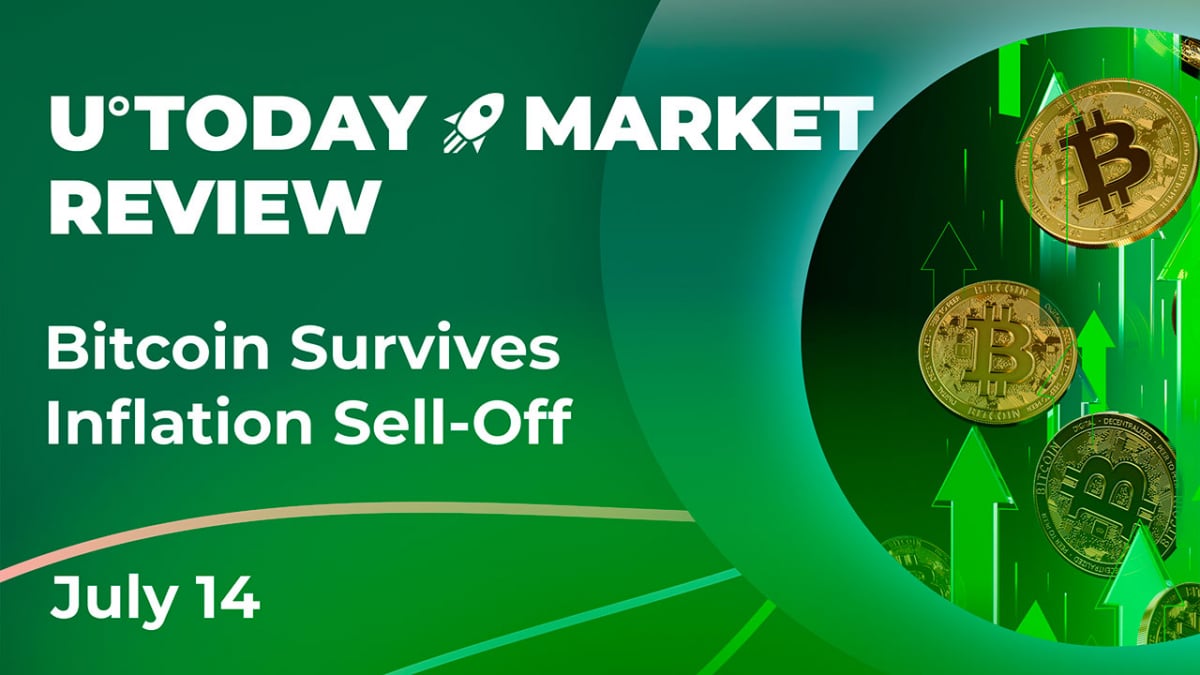 The most surprising thing on the market we have seen on the market this week is Bitcoin's reaction to previously released inflation data. It did not have the expected effect on the cryptocurrency market or on Bitcoin itself.

The main reason behind the lack of downward volatility on Bitcoin is the fact that the market had already priced the scenario at which CPI inflation data would be higher than the industry's consensus on it.

Buy the rumor, sell the news

Historically, Bitcoin always had a tendency to move irrationally relative to events happening around the industry. It is mostly tied to the fact that traders and investors act before something that they expect to happen, happens.

By acting in advance, they leveled the potential outcome of the unexpectedly high inflation data, which negatively affects the cryptocurrency market in general. In contrast to the previous CPI data release, the market was more than ready to take a hit.

Long before the inflation acceleration and series of rate hikes in the U.S., macroeconomic data had almost no effect on the cryptocurrency market that was blossoming alongside tech stocks and NASDAQ.

The next "big thing" for the cryptocurrency market is the upcoming key rate meeting in the U.S. For now, the market is pricing the 75 bp rate hike, which is why we should not see any unexpected volatility if the regulator increases the rate in the previously mentioned range.

However, the stricter rate hike might shake the market and cause more outflows from Bitcoin, which craves new inflows and fresh funds that could help it to enter a reversal rally.

Despite the positive performance of Bitcoin, the altcoin market still shows almost no movement at all as the average volatility of assets like Ethereum and Cardano stay around 3%, which is significantly lower compared to the same period one year ago.

Today's highlight on the altcoin market is most certainly MATIC token, which rallied by 25% after Polygon announced joining the Disney Accelerator program. The Walt Disney program is created to support the growth of entertainment companies and solutions that involve development in augmented reality, NFTs and artificial intelligence.

Thanks to the massive announcement, Polygon's token, Matic, gained a foothold above the $5 billion market capitalization and took 17th place in the top 20 digital assets sorted by capitalization.