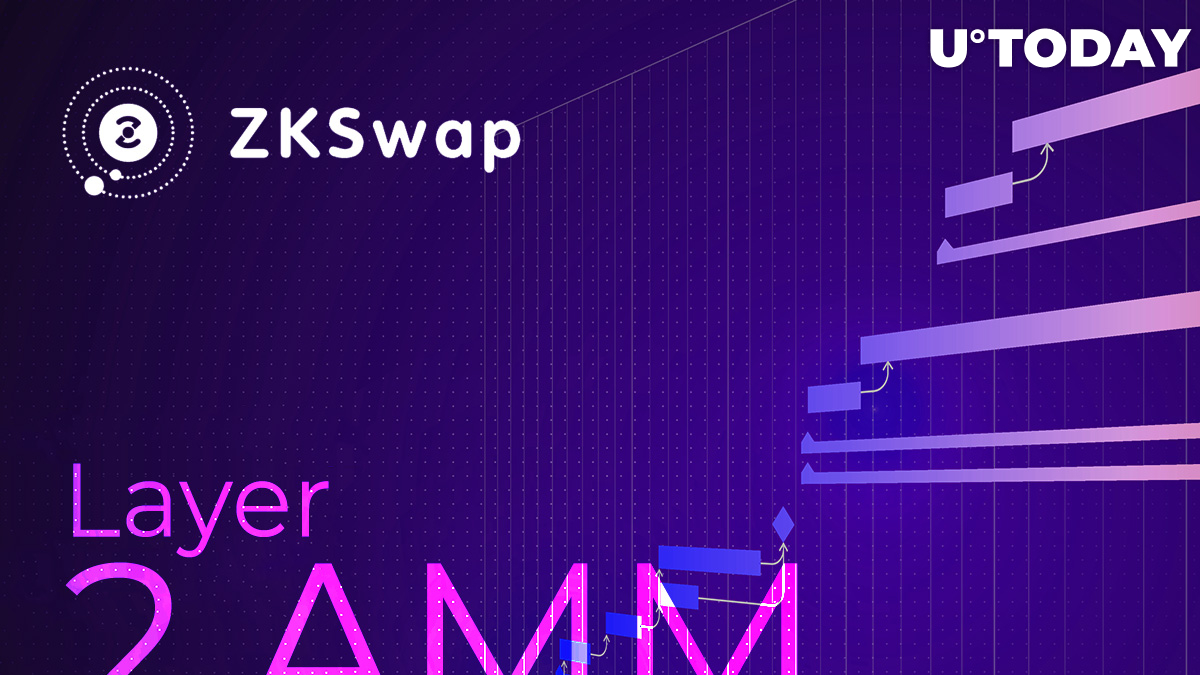 ZKSwap is a novel AMM-powered decentralized exchange on Ethereum (ETH).

As its version V2 has successfully launched in mainnet, the time has come to note the most impressive milestones on its path to leadership in L2-empowered trading on Ethereum.

What is ZKSwap, and why is it special?

ZKSwap is a decentralized exchange (DEX) with an automated market-making engine (AMM) built on Ethereum’s Layer 2 scaling solution, ZK-Rollup technology. Due to its technical supremacy and novel tokenomics design, it introduced resource-efficient decentralized trading for all crypto enthusiasts.

Here are some “killer features” ZKSwap demonstrates as of late Q3, 2021:

• Fully decentralized model of operations: users are in charge of their assets;

2020 on ZKSwap: whitepaper and testing

ZKSwap (derived from a “ZK-Rollups-based Swap protocol”) was therefore designed to tackle the bottlenecks of Uniswap v1 and Uniswap v2 in terms of on-chain swaps and liquidity provision.

Since its very first days, ZKSwap was focused on high-performance Layer 2 solutions with a particular focus on cross-chain interaction, DeFi-specific use cases and even on the next levels of scaling (so-called Layer 3 solutions). Also, its team hinted at plans to move the governance to a DAO model.

In November 2020, testing of ZKSwap mechanisms in Ethereum’s sandbox environment began. On November 17, 2020, ZKSwap smart contracts were deployed on the Ropsten testnet.

This network used to act as a sandbox environment for the majority of modern cutting-edge Ethereum-centric initiatives. The first 10 days of testing took place in a closed “dev-net” environment while, from Q4, 2020 to Q1, 2021, full-fledged incentivized testing managed to stress test all of the functions of the new exchange.

The first-ever community program designed to attract voluntary testers on ZKSwap testnet gathered more than 60,000 users from around the globe. To reward the testers, the ZKSwap team allocated 1,600,000 ZKS tokens, the core native assets of ZKSwap. Blockchain enthusiasts from more than 90 countries signed up for the final phases of ZKSwap testing.

The incentivized community-driven testing closed on February 2, 2021. All bugs unveiled by testers were immediately fixed by ZKSwap engineers.

While the smart contract architecture of ZKSwap was undergoing stress tests, the non-CS team members prepared advanced tokenomics models and curated a number of community-focused initiatives.

As covered above, in terms of technology, the year of 2021 for ZKSwap started from incentivized testing. Once the engineers fixed all of the bugs discovered by testers, the projects’ smart contracts were submitted for a third-party security audit.

The audit was independently performed by three top-notch teams: SlowMist, CertiK and ABDK.

All of these teams are recognized by the global decentralization community as premier-league cybersecurity vendors; their experts have audited the smart contracts of nearly all flagship DeFi protocols, GameFi and NFT-oriented projects.

Shortly after the release of the security audit results, the engineers were ready to deploy ZKSwap smart contracts to Ethereum’s mainnet. The first “real-life” ZKSwap iteration went live in mainnet on Feb. 14. The interest of Ethereum (ETH) enthusiasts in the project was incredibly high: in the first 48 hours after the inception of mainnet operations, the userbase of ZKSwap witnessed unmatched 60x growth.

In February 2021, four inaugural liquidity mining initiatives were begun by the ZKSwap team: proof of gas (PoG), proof of stake (PoS), proof of liquidity (PoL) and proof of transFee (PoT). All of these programs rewarded the most active traders and liquidity providers with lucrative premiums shared proportionally to different pools. That said, the ZKSwap team guaranteed fair distribution of rewards to all community participants with no regard for the tokens they brought to the liquidity pools of the exchange.

On March 22, the developers of ZKSwap rolled out the “100% ZK-Rollup Update” in order to move all of the operations of the DEX to Layer 2. This upgrade increased the performance of ZKSwap: its transactional bandwidth rocketed to unmatched figures. Also, the team concluded the first stages of proof of liquidity (PoL) and proof of transFee (PoT) events with 9,000,000 ZKS distributed. Net locked value has surpassed $1.5 billion, and daily transactions were stable at $50 million.

On April 28, a crucial milestone was accomplished in terms of mainstream adoption of ZKSwap solutions. The project engineers unveiled the first versions of mobile applications for both Android-based and iOS-based devices. Both releases were published in beta to ensure a smooth testing experience in a real-life environment. With mobile applications available, DeFi enthusiasts onboarded by ZKSwap were able to yield farm and exchange their assets on the go.

The second iteration of ZKSwap’s smart contracts was ready for incentivized testing by mid-June. Thus, on June 23, V2 testnet launched officially with the novel functionality of “Unlimited Token Listing.”

In a nutshell, it is an upgraded version of an initial decentralized token offering (IDO or decentralized ICO). Every team can deploy its token to the ZKSwap spot trading suite, inject liquidity and start offering it to an audience. This upgrade significantly eases tokensales for early-stage teams.

From the very beginning of its operations, the ZKSwap team was laser-focused on growing a large and passionate community around the ideology and technology of the project. Mid-February “proofs” demonstrated yet again that ZKSwap is super serious about the benefits of its community members.

Once the “100 percent ZK-Rollup Update” was activated, the team introduced a special token as the backbone for community-driven ideas. gZKS governance tokens allowed all community activists to have a say in referendums regarding crucial updates to project structure.

By the end of April, 7,000,000 gZKS tokens were minted as the first portion of the governance asset supply.

On April 15, the first community forum was launched by ZKSwap contributors. Very soon, this forum established itself as a platform for the interaction of all community activists, innovators and tokenholders.

In May 2021, the project’s community became part of the DeFi Alliance Accelerator Program. Every tech-savvy advocate of ZKSwap is now able to receive funding and consulting support for his/her project regardless of its stage of progress.

The first crucial event for the ZKSwap economic model is the release of its Economy whitepaper on Jan. 4. The very concept of an “economy whitepaper” still remains a “rare bird” for modern blockchains. At the same time, the ZKSwap team decided to publish it in order to specify the details of the product's lifespan.

Educating the community about the ways to benefit from using ZKSwap is another crucial rationale for the release of the economy whitepaper. As a result, even before the mainnet announcements, Ethereum (ETH) enthusiasts were aware of the core financial features of the new protocol.

On Jan. 6, 2021, the initial portion of ZKS liquidity was transferred to a leading Ethereum-based DEX Uniswap (UNI) and top-tier centralized exchange, Gate.io. Forty million project tokens were sent by the team in order to ensure the sufficient inflow of liquidity for all traders interested in adding ZKS to their portfolios.

A massive ZKS burn event dropped a bombshell for all ZKSwap supporters on April 30, 2021. A total of 397,000 tokens were sent to a “destroying” address to be excluded from the circulating supply of ZKS for good. In USD-denominated prices, this event was one of the largest similar actions in the entire history of decentralized finances on Ethereum (ETH).

In late July 2021, ZKSwap is going to release its V2 in mainnet. In the coming weeks, the project will go cross-chain with the support of Ethereum, Binance Smart Chain, OKChain and Huobi Eco Chain. To sum up, the project booked a seat among the top-ranked DeFis as the first-ever massive AMM-powered DEX that works on Layer 2 solutions.