David Dinkins
Zcash developers are preparing a hard fork that will lay the foundation for future network upgrades. 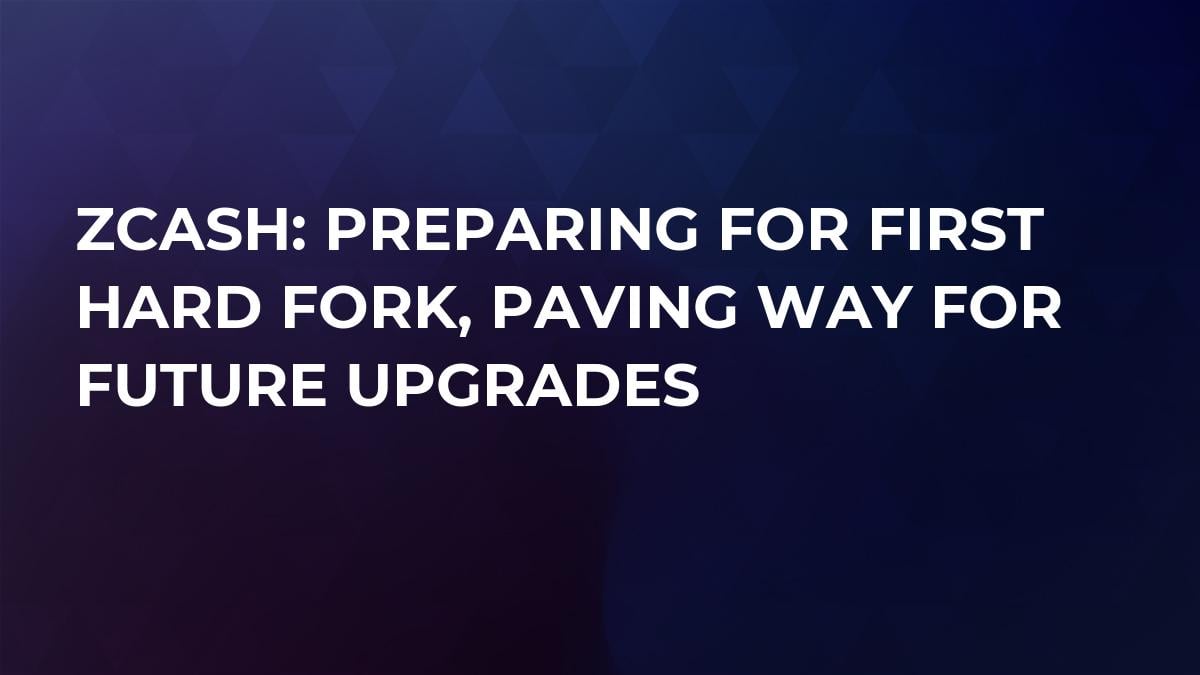 Zcash is currently readying its first network upgrade, which will be launched via hard fork. The upgrade is called Overwinter and does not make any major changes to the network or user experience. What it does, however, is lay the foundation for future changes to the code. It’s a crucial first step to enable future upgrades and test the willingness and ability of the network’s users to upgrade smoothly during a hard fork.

Hard forks have been controversial in the Bitcoin community, although other currencies like Dash use them with great regularity (and few problems). Hard forks can be challenging because they require everybody on the network to upgrade their software to the new version, and to do that within a short space of time. Users who do not upgrade to the new software will find themselves essentially transacting on an empty network.

Among other features, Overwinter adds replay protection. Should any users on the Zcash network choose for any reason not to upgrade to the new version, transactions sent on the old network will not be simultaneously sent on the upgraded network. Overwinter will also add code to allow “stuck” transactions - those sent without high enough fees - to expire after one hour.

Zcash’s developers are already looking forward to Sapling, their next upgrade after Overwinter. Sapling is the hard fork that many users are waiting for, as it is intended to offer new features such as faster transactions. Ultimately the Zcash team hopes to crack the biggest challenge of all in cryptocurrency: scaling. Bitcoin is currently working on Lightning Network and Ethereum is working on Raiden, both off-chain scaling solutions. Dash is working on Evolution, which will include on-chain scaling. It remains to be seen exactly what method Zcash will use to scale.