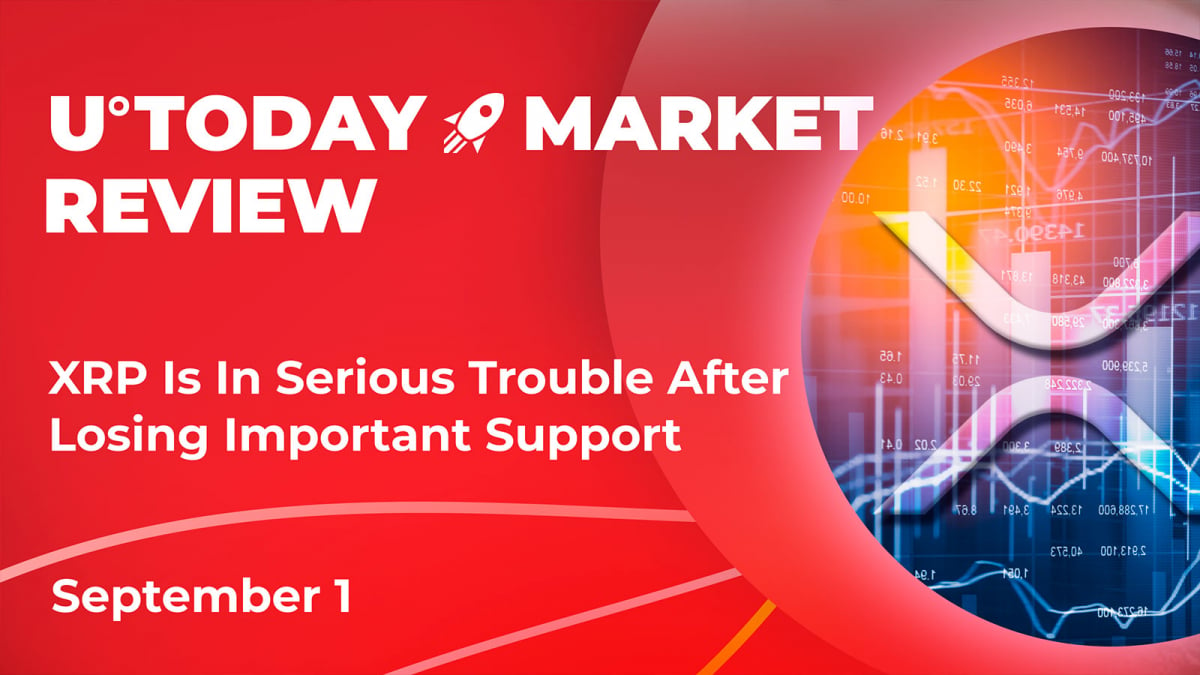 Despite the brief success of Ripple in the court and relatively calm performance on the market, XRP lost the local support level, which should have been the foundation of a potential future rally.

The trendline we discussed previously was present on numerous assets across the market, and XRP was no exception. The trendline formed back in July when XRP bounced off the local psychological resistance of $0.3.

Following increased selling pressure, XRP plunged by more than 10% in less than 24 hours, performing another test that appeared successful at first. Unfortunately, after five days of consolidation, bulls lost the battle against bears, and the price of the token tumbled below $0.33, breaking the 70-day support that guided the asset upward.

Litecoin is back in business

It was a pleasant surprise for old-school cryptocurrency traders to see Litecoin back at the top of the most profitable assets for the first time in a long time. Following the release of private transactions, most exchanges spoke out against the usage of the new technology that put at risk the existence of most trading platforms.

Despite moving in a prolonged downturn since May 2021, Litecoin is desperately trying to enter the reversal rally despite losing more than half of its value in the last three months. In contrast to XRP, Litecoin is guided by the trendline and is now trying to break through the local resistance of the 50-day moving average.

According to the developers' blog and activity on GitHub, Litecoin is still actively supported and being worked on. The most recent important update suggests that the cryptocurrency will gravitate toward the security and privacy path, becoming something similar to Monero.

As we mentioned before, Cardano is moving in a triangle pattern, which is why the volatility of the asset is going to decrease gradually in the upcoming weeks or even days as it reaches the end of the formation.

Luckily, when or if the market sees a spike in trading volume, Cardano's volatility should follow with a breakout in either direction. Taking statistics and trading history into consideration, assets tend to rally upward after the finalization of patterns like ascending triangles.

The cryptocurrency market is entering one of the most complicated months for the industry and will most likely face some serious obstacles in the next 30 days. Luckily, the crypto market has not seen its own "black swan event" and will most likely consolidate until the situation on global financial markets changes.