While a Republic, Hidden Order of the Atomic Swap Goes Unnoticed: Past-ICO Review

Eric Eissler
Don the cape and cowl, the secret trading society is among us. They want to move big crypto without you noticing it, written in the sacred hidden order book 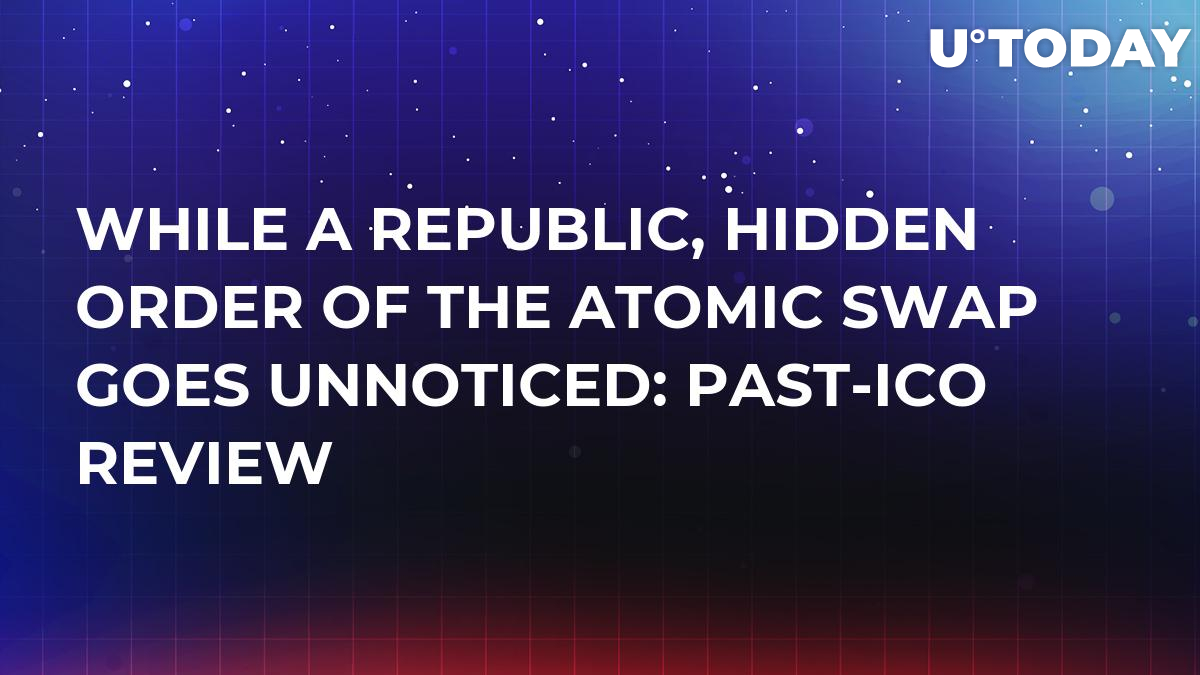 While the name rings of something regal, the dealings of Republic Protocol are all but that. Its claim to fame is its dark pools and it’s hidden transactions. This is something people who don’t want there transfers to be seen would be keen to employ, such as whales, who do not want to upset markets when they sell off, in order to put a bit of walking-around money in their pockets. This is an atomic-swap technology, which allows for the exchange of one cryptocurrency for another without going through an exchange, where all the transactions are recorded.

For the creators of the darkness might have reason to hide, this team is obscure.

Has had several positions over the past four years as a developer or advisor, but lists nothing before 2015, nor his education.

Also shrouded in mystery, Wang has only listed several years of experience on his LinkedIn profile. He does list a university but without a graduation date. His work experience only dates back to 2015.

There is no LinkedIn profile, he is totally in the shadows.

There are hidden order books and atomic swaps, which do not pass through exchanges but directly exchange one token for another. Browsing the website, there is not much information offered up by its creators. While it does not appear to function fully, there is a testnet link. But not much else. Therefore, the review of this can only remain shrouded in mystery because the website leaves many questions to be answered.

Republic Protocol uses a secret sharing scheme to separate orders into multiple fragments distributed throughout the network. The original order could not be recreated without collecting most of the fragments. To protect against malicious acts with these "fragments" of orders, Republic Protocol uses the smart contract Ethereum called Registrar, which collects network nodes in the network topology. This establishes a high price for an attacker to "collect" fragments, because one or more individual nodes, even whole topologies, will not help. The Republic Protocol system is a decentralized exchanger with a hidden order book that executes orders without disclosing specific details, where the Republic Protocol token is used as a motivator and a means of protecting the system.

Related
No Go Naga, Not Yet: Past-ICO Review