Bitcoin Whales Still Make the Biggest Splash in the Markets

Darryn Pollock
Bitcoin is meant to be decentralized and democratic, but there is a core group of Whales who have a lot of sway on the markets 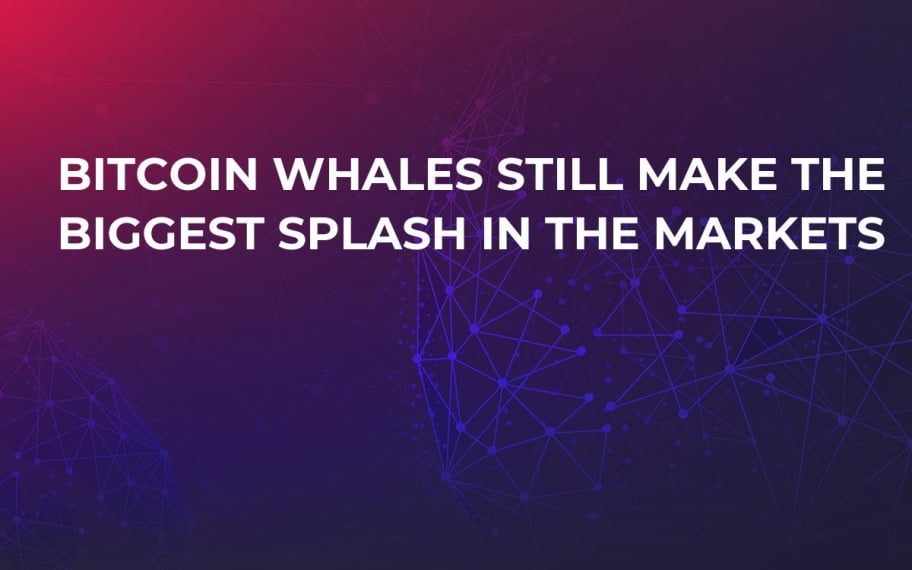 Bitcoin is viewed as a tool of the decentralized and thus totally in the hands of the democracy, however, the fact of the matter is that there are a Bitcoin-wealthy minority that have a big say in the way the markets move.

Bitcoin Whales are still swimming in this digital currency ocean, and their movements are big enough that one person, or a small group, can move the market in certain directions.

Big power in the hands of few

Because of Bitcoin’s anonymous, but transparent nature, it is possible to figure out how many whales there are and how much control they have.

Some 1,000 Bitcoin holders, out of a total 11 mln, hold some 35.4 percent of currency, according to BitInfoCharts.

These Bitcoin whales "literally control the currency," said Bob McDowall, an expert in cryptocurrencies. “They can dictate monetary policy, which is normally the function of a central bank or a government.”

Zooming in and concentrating on the biggest of the whales, he BitInfoCharts also found that the top 10 account holders held 5.96 percent of the Bitcoin.

In a 24-hour period between Monday and Tuesday, the 100 biggest Bitcoin transactions out of 200,000 accounted for 24 percent of the money volumes-an unimaginable level of concentration compared to other markets.

"In the currency market, for example, it's such a huge market with so many transactions in a day that a pure actor can't have any influence on a market," Craig Erlam, an analyst for Oanda, a currency trading platform, told AFP.

There have been instances in the past where these whales have been called out, or into question, about their effect on manipulating the market. In recent times, the markets have felt the effects from the sell off of coins from the infamous Mt. Gox hack.