No Go Naga, Not Yet: Past-ICO Review

Eric Eissler
A panacea for all crypto payments, or an overreach of technological means? 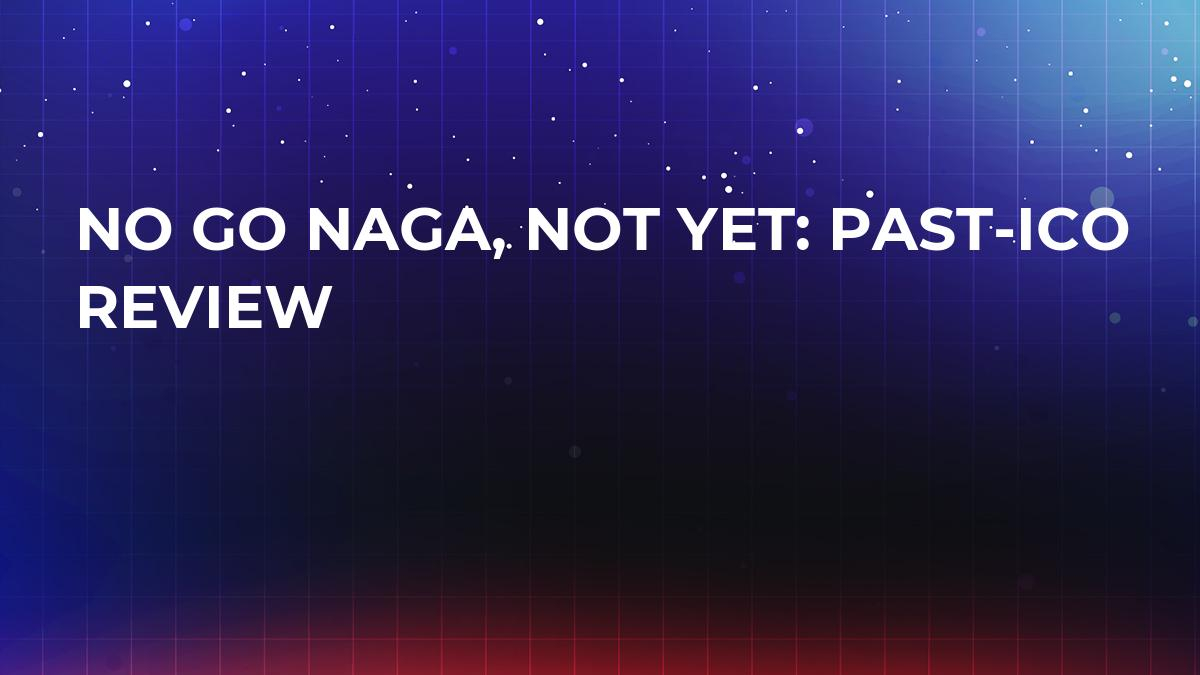 Naga (NGC) is a utility token with which all activity in the network revolves around, from serving as the primary form for fees and collateral, to the main base currency for transactions.

NGC shall become the driver of a sustainable economy where demand grows as more and more users, financial institutions, and game-publishers join the NAGA ecosystem. The token is linking all of these industries into one ecosystem for payments.

While it is a utility token a steady declining price is one that causes worry. The token entered the market on Dec. 23, 2017 at $1.54 and surged to over $4 in January before starting its steady decline all the way down to $0.41 at the time of writing.

The Naga team comprises many young crypto enthusiasts with various backgrounds in finance, business, taxation and of course computer science.

Qureshi was previously the CEO for 20 years at the Varengold Bank AG, before launching into the cryptosphere in 2015 by founding the Naga group AG, which represents Naga coin today.

Has a strong background in tax, having developed a career in taxation and finance in Germany before leaping into crypto in 2015 by joining Naga.

A Forbes 30 under 30 Member, Bilski is a serial internet entrepreneur. He is the Founder and Executive Director of the NAGA Group AG. The company performed Germany's most successful IPO in 2017.

Kulatov has a computer science degree from IMTO University in St. Petersburg, Russia and before joining Naga he worked in IT for several companies- one of which was acquired by Amazon.

The strategic risk is a primary one: NGC is attempting to unite too many different services under a single utility token.

The synergistic effect of such a combination is difficult to calculate and the uncertainty of the future evaluation of NGC token remains high. AGA Coin is a project for creating an original ecosystem based on a variety of services.

The final ecosystem will include two marketplaces- for trading in the financial and in-game item markets, as well as a number of additional services whilst aiming to be the most independent and full-fledged ecosystem for consumers based on the ERC20 NGC token.

Still potential is locked up until later this year when the mainnet goes live and later the payments system is launched.

Despite the slumping price, the mainnet and payment system launches could be a shot in the arm that Naga needs to succeed.

The second half of 2018 will be a crucial and critical time for Naga. If it cannot achieve success with its systems and services fully operational, then it may be doomed to fail.