Do you want to live forever? Opinion

Aliya Prokofieva
Humankind is chasing the dream of immortality 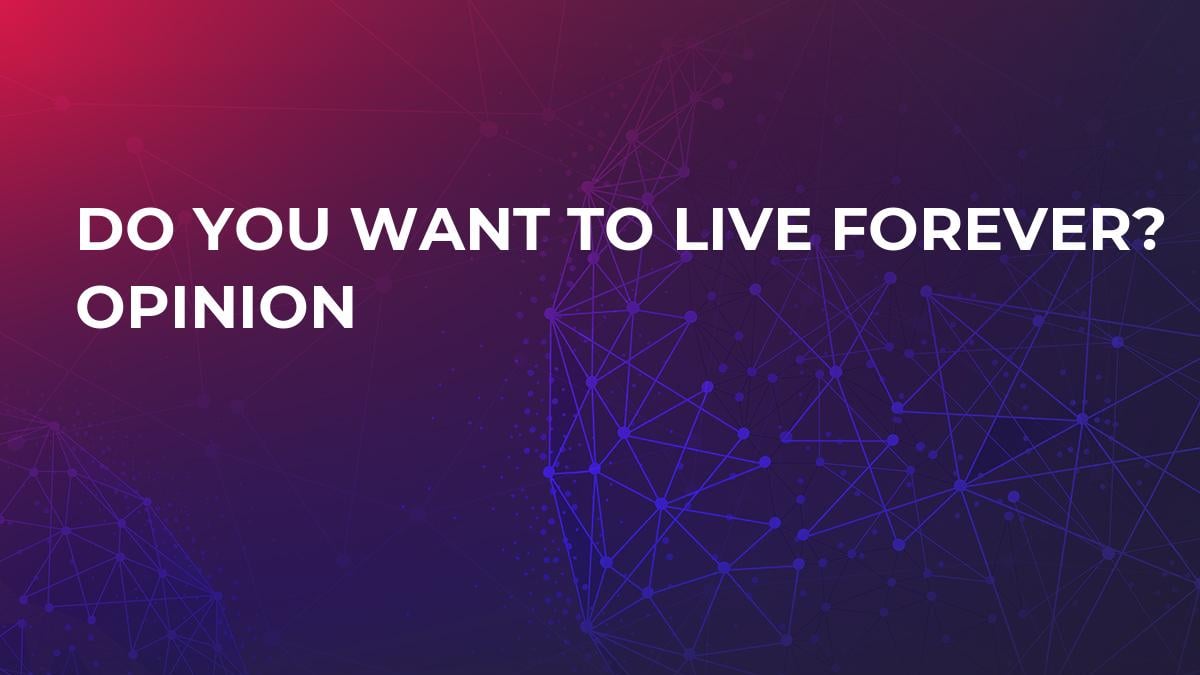 The means of Makropulos, a pill of longevity, secret knowledge, ancient witchcraft, legends of the Countess Bathory and the cult novel of Brem Stoker, "Highlander", "Immortal", "Lord of the Rings", "Zardoz" and many other films and books tell about, perhaps, the desired phenomenon for mankind - about IMMORTALITY.

Perhaps absolute immortality is pure fiction ... Well then, at least, life could be several times longer than is available today. And, if possible, maximally delay the old age and stay forever young! This eternal desire is now being sought out by specialists from medicine, cosmetology, genetics, biochemistry, biophysics and various figures of the occult sciences. Computer games gave this movement an invaluable idea- spare lives. Spare organs and systems are replaced as they wear out their own.

And it should be as simple as changing the oil and filters in a car. Images of the future are depicted, where the latest technologies and discoveries of scientists will allow to live for hundreds of years, changing the worn parts of the body to new ones, the achievements of nanogenetics will fundamentally change the functioning of DNA and RNA, which will lead to a sharp slowdown in aging and body wear. A new, sparkling world…

Start with the basics

Let’s start with genetics. Scientists have found out that human chromosomes have their own system responsible for stability. A kind of seat belt for chromosomes, which prevents unwinding and damage to gene chains. This enzyme is called terminal telomerase. There is a hypothesis that the wear of telomerase over the years leads to irreparable gene changes, cells are replicating worse and worse, many defects appear- this is aging. Natural death occurs when a critical mass of "errors" in replication accumulates. And for all this, the terminal telomerase responds. Here it is, the goal of research and study, you simply need to fix this enzyme and life will last as long as it will be uninterruptedly to perform its telomerase function! But is everything so simple? There are hundreds more questions than answers, many laboratories in the world are dealing with this problem, but the solution and implementation is still very far…

Stepping towards prolonging life will help nanotechnology. Not those on which the state corporation spends budgetary billions, but the creation of nanorobot repairers. This topic is widely represented in modern fiction, one of the first was the film "Innerspace", where the hero was reduced to the size of the red blood cell, and he traveled on the human circulatory system on a special nanosubmarine. Such microscopic automatic repairers will be able to "repair" cellular damage or remove the incipient cancer when it is represented by just a couple of three incorrect cells. And this is no longer a fantasy out of reach, MIT scientists have already used experimental nanorobots to destroy ovarian tumors in experimental laboratory mice. How would you react to the fact that you will be injected into a vein with a solution containing thousands of microscopic doctors that will spread all over your body, conduct a total screening, identify the problems and then proceed to "repair"? While no one still knows if it will hurt .

Related
Past ICO Review: MedicalChain in Severe Pain After Overdose

The next method is the cultivation of organs to be replaced. And here come into play the ubiquitous 3D printers! Yes, the organs will be printed in accordance with the biological scheme from the donor cells or the patient's own cells. Cells are taken from the body, a live culture is grown in special conditions and a nutrient medium, and then the desired organ is printed from this biomass. At first glance - it's easy! But while the technology has not been worked out yet and years of research still need to be done... Imagine a malignant smoker with lung cancer can simply replace the trachea, bronchi and lungs. Exactly as in the film "Constantine", where Keanu Reeves gets a completely new respiratory system????.

Cloning. Since cloning the lamb Dolly, only the lazy one has not discussed the possibility of growing "spare" organisms by cloning. It's so cool- you live and you have a spare body in the warehouse. Expensive? Seems insane, but this is an excellent way out! The spare body, "Products", as it was called in the movie " The Island", at the right time, you can take out the liver, kidneys, heart or spine. But in the "Island" clones were not just alive, but full of thinking and feeling copies of their "sponsors." And the cruel corporation actually killed clones for the sake of transplantation of absolutely identical organs.

The moral conflict in the movie was decided by the revolution, but what about in real life?

The ethical problem of human cloning is still not solved, years of legal, theological and medical battles are coming up for developing a common point of view on human cloning. The UN, WHO and criminal responsibility in many countries of the world for the work on human cloning is in effect, but the evidence and effectiveness of this method will necessarily lead to some mutually acceptable solution that will satisfy all aspects of the process- doctors, patients, lawyers, legislators, clergy and the public.

My choice is none of the tools listed above...