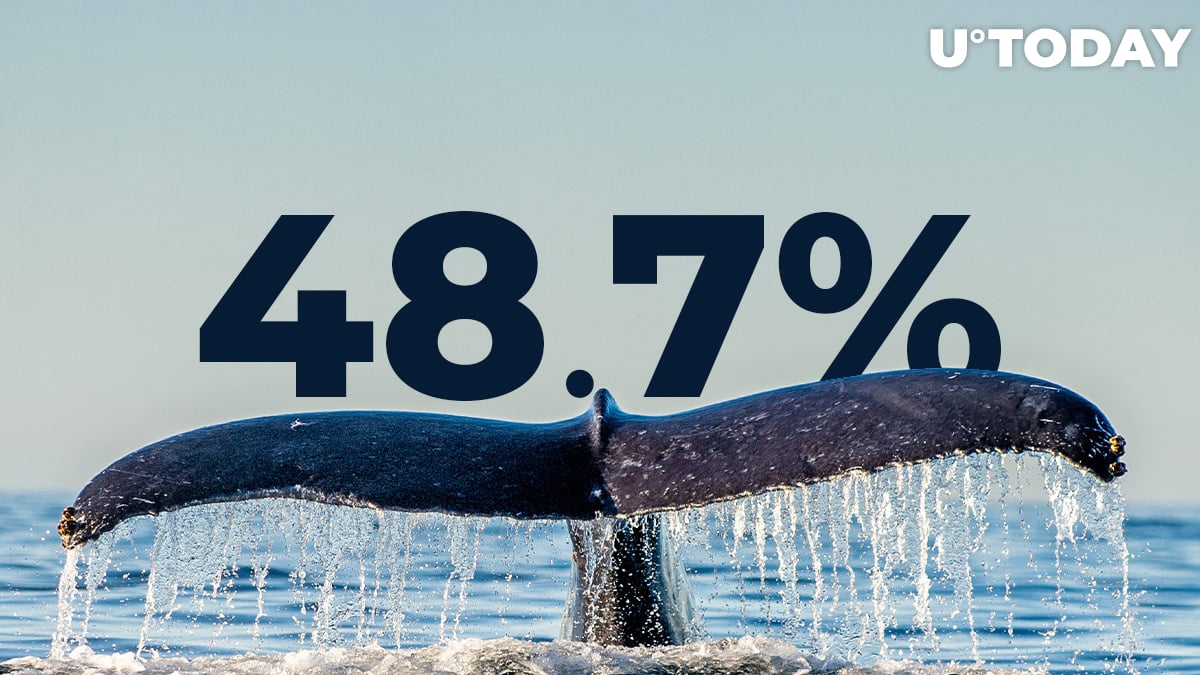 Santiment analytics team has taken to Twitter to share that Bitcoin whales have been increasing their BTC positions in the past three months and now hold half of the whole supply of the largest cryptocurrency.

Santiment’s tweet published earlier today shows that in the past 90 days, the number of wallets that hold 100 – 10,000 BTC have added a total of 90,000 Bitcoins to their holdings.

Overall, these addresses hold a seven-week high of 9.11 million – almost half of the total Bitcoin supply.

Previously, U.Today reported that owners of smaller-sized Bitcoin wallets, 100-1,000 BTC, had also been buying more BTC on the dip.

By June 8, the Santiment chart showed that these purchases had been occurring for almost a month.

The Santiment team back then pointed out that the whales were grabbing the BTC dip with confidence. Besides, they were not in a rush to get rid of their Ethereum stashes either.

Fresh data shared by Glassnode analytics company shows that miners have also been holding the mined Bitcoins to themselves lately.