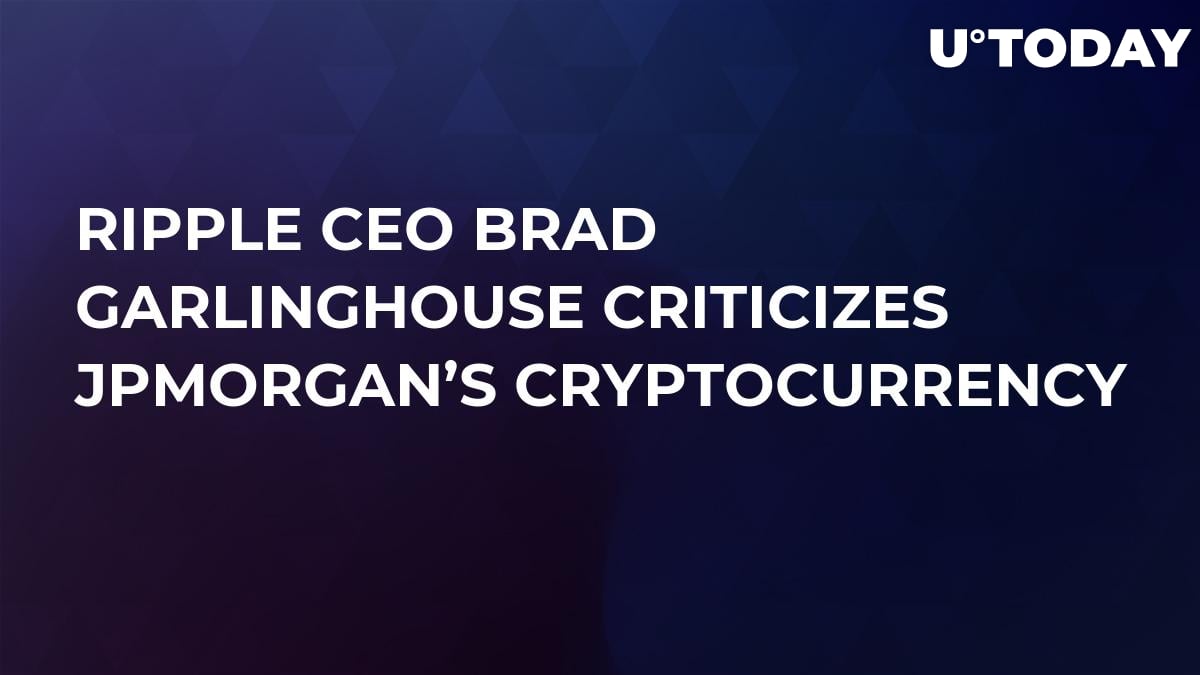 America’s leading bank JPMorgan has stirred a substantial amount of buzz with its newly launched cryptocurrency JPCoin. As you probably guessed, Brad Garlinghouse, the CEO of crypto juggernaut Ripple, is not a fan.

The coin has already been hailed as the next Bitcoin by multiple media outlets, but the Ripple comparisons were also imminent. According to Delphi Digital’s Tom Shaughnessy, JPMorgan’s latest foray into crypto poses a major threat to Ripple, the crypto startup that strives to replace SWIFT as a solution for cross-border payments. JPCoin will potentially bring more stability to the market since it’s a dollar-pegged coin.

Brad Garlinghouse is not impressed

However, Garlinghouse is still certain that bank coins are not the answer. He addressed the issue two years ago, claiming that multiple banks would start issuing their own stablecoins with their own set of rules.

As predicted, banks are changing their tune on crypto. But this JPM project misses the point – introducing a closed network today is like launching AOL after Netscape’s IPO. 2 years later, and bank coins still aren’t the answer https://t.co/39EAiSJwAz https://t.co/e7t7iz7h21

While JPMorgan moves more than $5 trln in wholesale payments, it’s still a closed system. RippleNet connects more than 200 banking insitutions. As reported by U.Today, Al Ahli Bank of Kuwait (ABK) was the latest bank to join the pack.