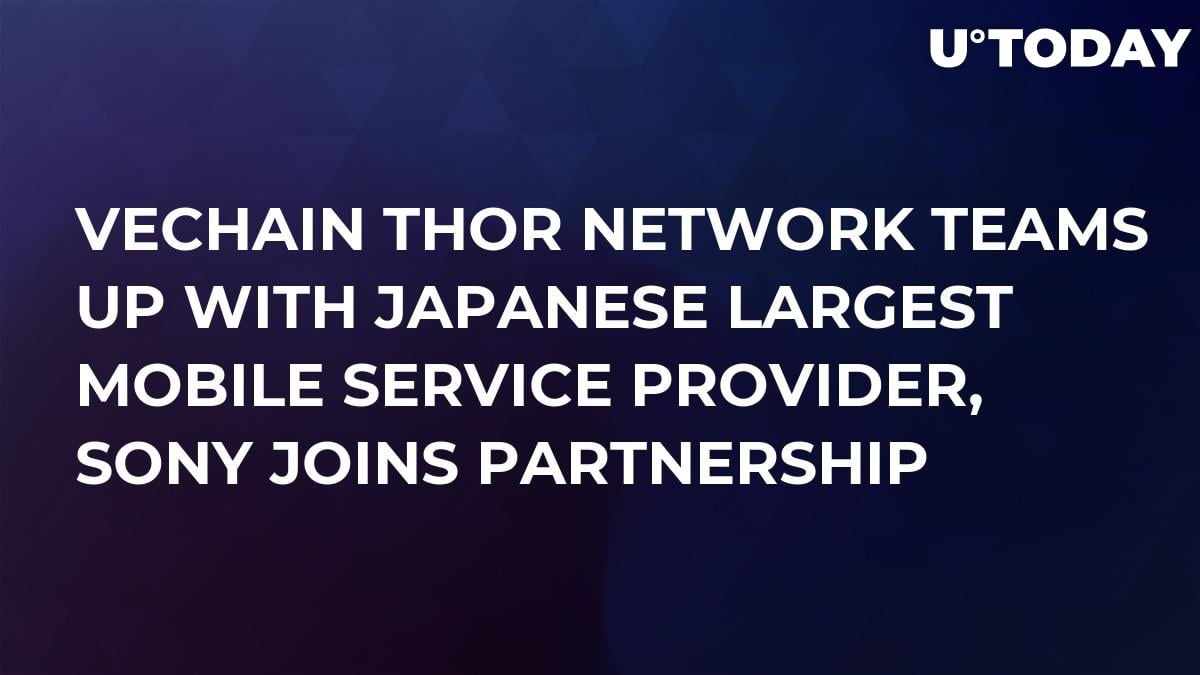 Thanks to partnering with Docomo, VeChain intends to receive a great momentum to spread. It will be used in the new upgrade of the Docomo 5G network scheduled to launch by 2020. Such giants as Sony, MUFG Bank and the local authorities of Okinawa have already joined in and plan to cooperate.

VeChain reps stated in the press-release that by means of this partnership they want to make VeChain’s work in Japan more valuable.

This new collaboration is just one among the recent actions the VeChain crypto firm has undertaken to improve its technical base, promote itself and raise its value for customers.

Recently, the company launched its mainnet on Aug. 1, getting off the Ethereum Blockchain, and launching a token migration, when old VEN coins were swapped for VET on exchanges.

Also, the coin has recently been listed on several exchanges, including Binance. Currently, the VET coin is trading at $0.013234, according to Coinmarketcap.com.