David Dinkins
While some lawmakers are becoming nervous about Bitcoin’s possible effects on the world economy in the event of a crash, experts think the concern is overblown 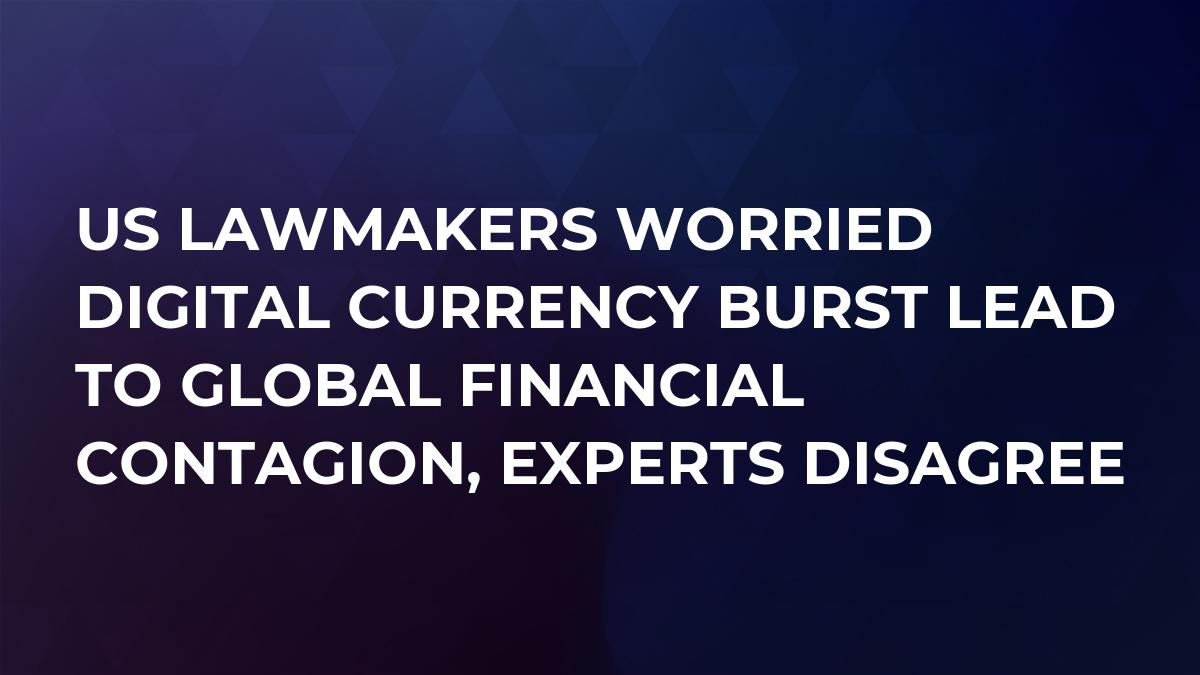 Earlier today, CryptoComes reported that Congressional Republicans are increasingly diverging from their anti-regulatory stance, and are beginning to support efforts by Democrats to regulate Bitcoin and other digital currencies. Some lawmakers have attributed their shifting views to the possibility of a cryptocurrency collapse threatening the global financial system.

I‘m a total free-marketer, so I don’t want to regulate. But if it’s a currency that could destabilize the whole economy, you’re going to have that conversation.

By comparison, the dot-com bubble peaked at around $3 tln, according to CNN Money. In inflation-adjusted terms, that would be equivalent to $4.4 tln today. While the $500 bln crypto market cap is undoubtedly huge, it’s barely a tenth the size of dot-coms in their year 2000 heyday. The dot-com bubble was large enough to tank the entire market, and did, but it’s unlikely that a digital currency bust could do the same.

BlackRock Global Chief Investment Strategist Richard Turnill does consider the cryptocurrency market a bubble, saying “I look at the charts, and to me, that looks pretty scary.” But he doesn’t think it rises to the risk of a systemic threat:

There’s no evidence that if that price went to zero tomorrow that there’d be any broader financial implication over time.

There haven't been enough people who hold them [cryptocurrencies] or institutions that own them or enough credit or leverage used. Having said that, I can imagine scenarios, although I'm not predicting this, where they do become systemically important.

In fact, a survey from London’s Center for Macroeconomics reported that 75 percent of top European economists do not think Bitcoin poses a threat to the financial system’s stability, according to Fortune.