Update: Ripple Unleashes One Bln XRP from Escrow, Puts Back Almost All of It

Yuri Molchan
It is the first day of the month and Ripple has released one billion XRP from its escrow wallet. The community traditionally expects a price drop after such massive dumps 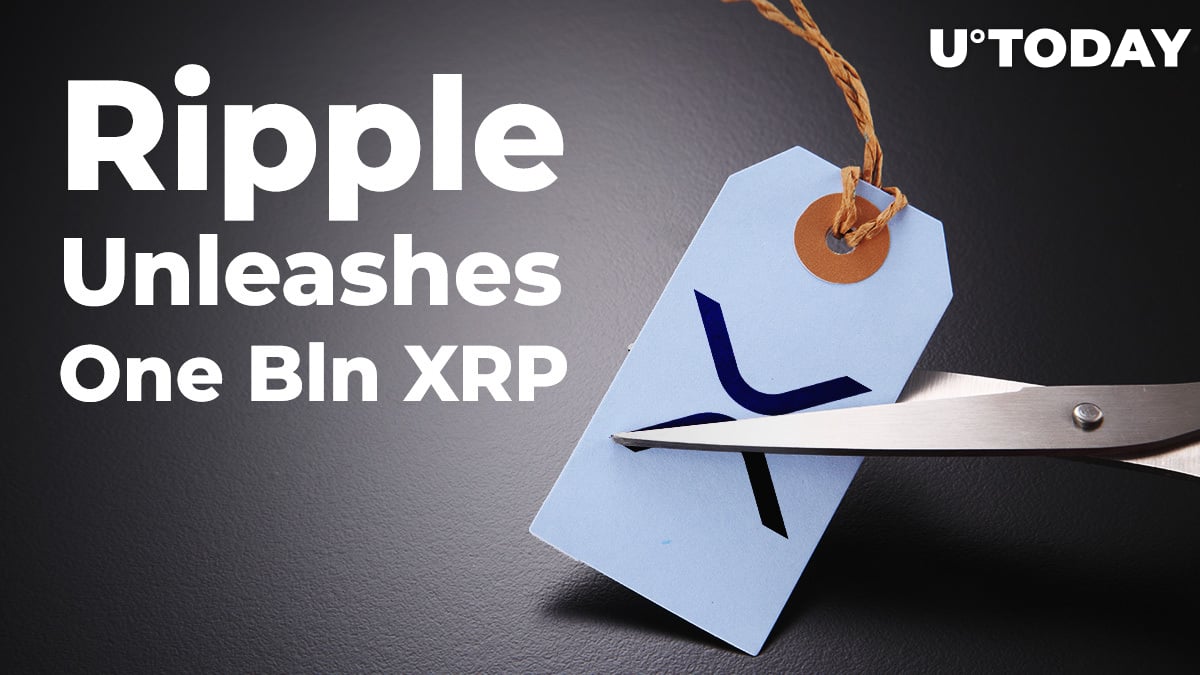 It is the first day of another month – this means that Ripple has lavishly thrown XRP from its escrow wallet – one billion coins. Since the start of 2020, this monthly dragon-sized amount was withdrawn in two portions of 500 mln XRP each.

While the XRP price is in the green zone, trading at $0.173095 on CoinMarketCap, the comments under the tweets about the XRP release signify that the community is either indifferent (having got used to these releases already) or is expecting another price drop in the short term.

In January 2018, XRP, the third-largest cryptocurrency, reached an all-time high of nearly $3. Since then, XRP has been light years away from the ATH.

Many skeptics say that the XRP price is not going to rise even in the long term, mocking those who remain faithful, holding bags of the coin.

And you are still holding it.

As earlier reported by U.Today, many in the community believe that regular XRP releases made by Ripple prevent the price from rising and reaching at least $1. In 2019, a petition was set up on Change.org by crypto influencer ‘Crypto_Bitlord’ who wanted Ripple to stop dumping XRP.

Curiously, later on, another petition appeared on the same platform, requesting Ripple to accelerate the release of XRP in order to increase the coin’s adoption, which would assumingly lead to a massive price surge.

900 mln XRP locked back in escrow

Later on, Whale Alert reported that 900 mln XRP was sent back to Ripple escrow. However, 100 mln coins remained at Ripple.

This works the same way every month, on the first day of it – Ripple first releases one billion XRP and then sends 900 mln back.