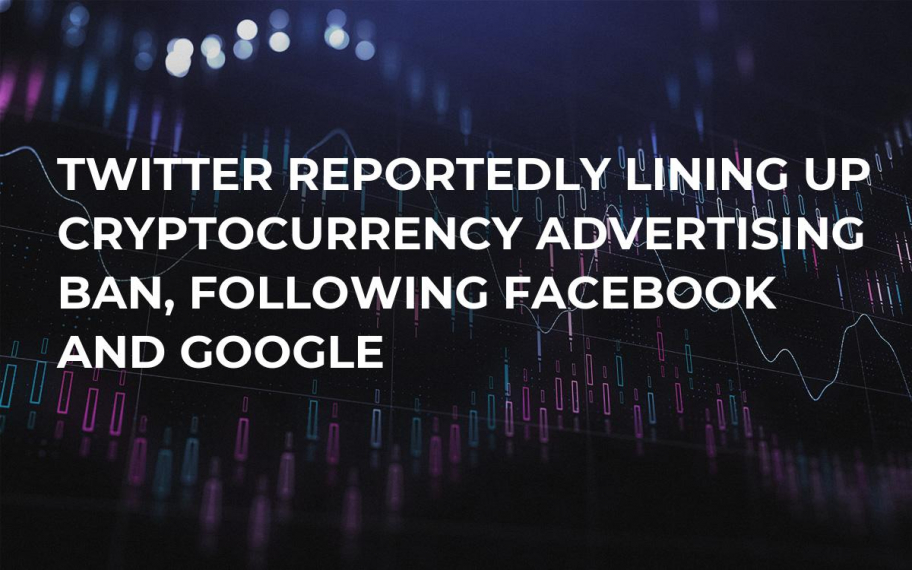 A trend first initiated by Facebook, and followed up by Google, could be spreading to another popular social media platform on Twitter. Recently, these major Internet players have banned cryptocurrency advertising with reports suggesting that Twitter could be following suit.

The report comes from Sky News, but the sources were not relieved meaning that currently, it is only conjecture. However, it would be a pretty simple pattern for the microblogging site to follow as the trend is to ban dodgy ICO and crypto ads for the protection of users.

Following in the footsteps

Facebook was the first major player to implement a ban on cryptocurrency advertising stating that it was an effort to prevent people from advertising what the company called “financial products and services frequently associated with misleading or deceptive promotional practices.”

Google followed suit last week, with many believing that it was the catalyst for Bitcoins most recent dip under $8,000.

Now, Twitter is apparently lining up its ban in the next two weeks according to Sky News.

The upcoming rules will likely prohibit advertisements for ICOs, token sales, and cryptocurrency wallets globally, according to the report. The reasoning behind Twitter’s decision is unclear.

The other companies involved in similar bans on crypto content have cited concerns over illicit activities and fraudulent ads.

The ban may also include advertisements for cryptocurrency exchanges. The report suggests, however, that the new policy will be launched with some “limited exceptions” in regards to trading platforms. There has been no official confirmation of the policy change yet.

While regulators and governments start to squeeze harder on the cryptocurrency ecosystem, targeting illegal goods purchases and money laundering. These moves by social media and internet powerhouses also form a sort of regulation.

The pressure being imposed by governments is spilling over to these companies who are obliged to toe the line with regards to scams and cons being perpetrated on their sites.