Alex Dovbnya
??A prominent crypto bull is of the opinion that aggressive progress is unavoidable, promising a bigger effect from DLT and Bitcoin than from the Internet?⛓ 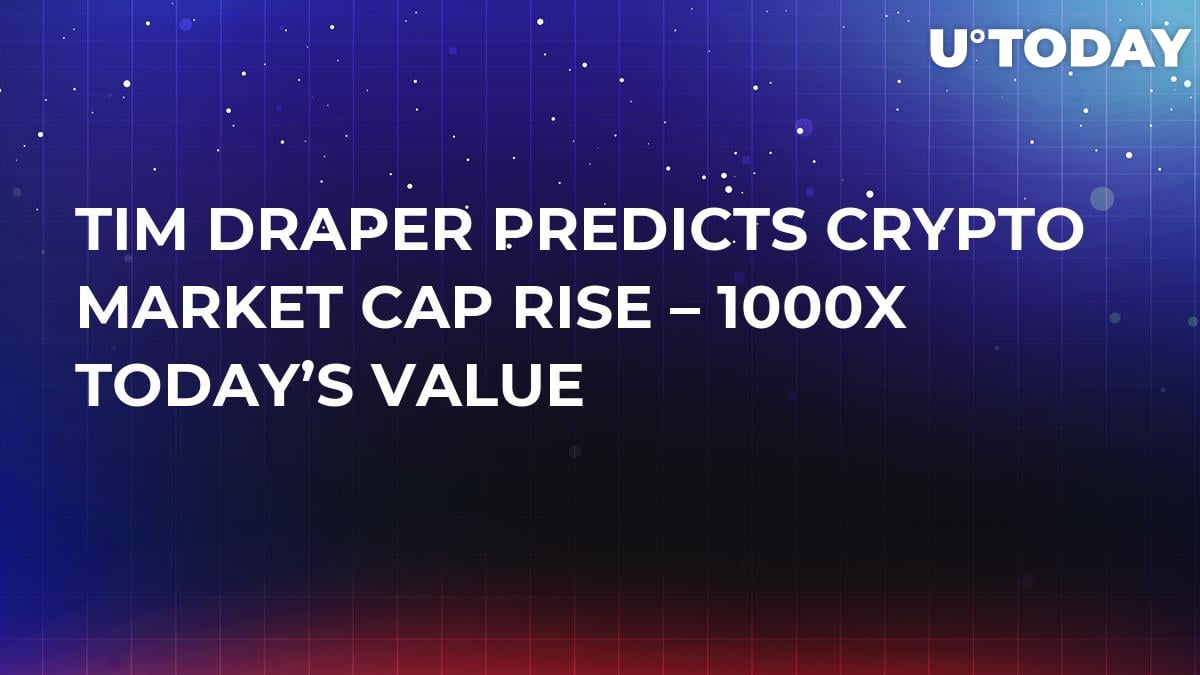 In a recent interview, Tim Draper says that if in five years’ time anyone tries to pay with fiat in Starbucks or McDonald’s, people will laugh at them.

The legendary venture investor from Silicon Valley remains bullish about Bitcoin and blockchain.

Blockchain will prosper more than the Internet

In the interview, Tim Draper shared that he expects the effect from blockchain and Bitcoin to be much bigger than the consequences of mass implementation of the Internet.

Draper calls BTC and blockchain ‘fundamentals’, claiming that they will lay an impact on insurance, real estate, government and healthcare. The new emerging technology will transform all these areas completely, believes the investment guru.

While sticking to the topic of blockchain and the Internet, Tim Draper says that even though the Internet completely changed a lot of crucial areas, governments keep working the way they did before the 1990s, and insurance or the way people buy real estate remain untouched by progress. But blockchain is bound to transform those into completely new forms.

Crypto is better than fiat

During the interview, Draper explained why he reckons that crypto is superior to traditional currencies. He stated that fiat currencies are dependent on political whims and are tied to bureaucratic machines. Meanwhile all the best and cleverest programmers are busy developing crypto coins.

Draper believes that the world is eager to have a stable global currency that would not depend on any political force or actions of the government in the international arena.

Related
Justin Sun Followed by Bots: Analysis Reveals Half of His New Followers Are Bots - Another Fake About Tron?

The famous investor has expressed the opinion that in a while digital decentralized money will replace fiat currencies. His rough prediction for the capitalization of the cryptocurrency market is “a thousand times on what we’ve got now”.