Alex Dovbnya
A sign of what's to come? Bitcoin goes up forever in the "The Simpsons" universe 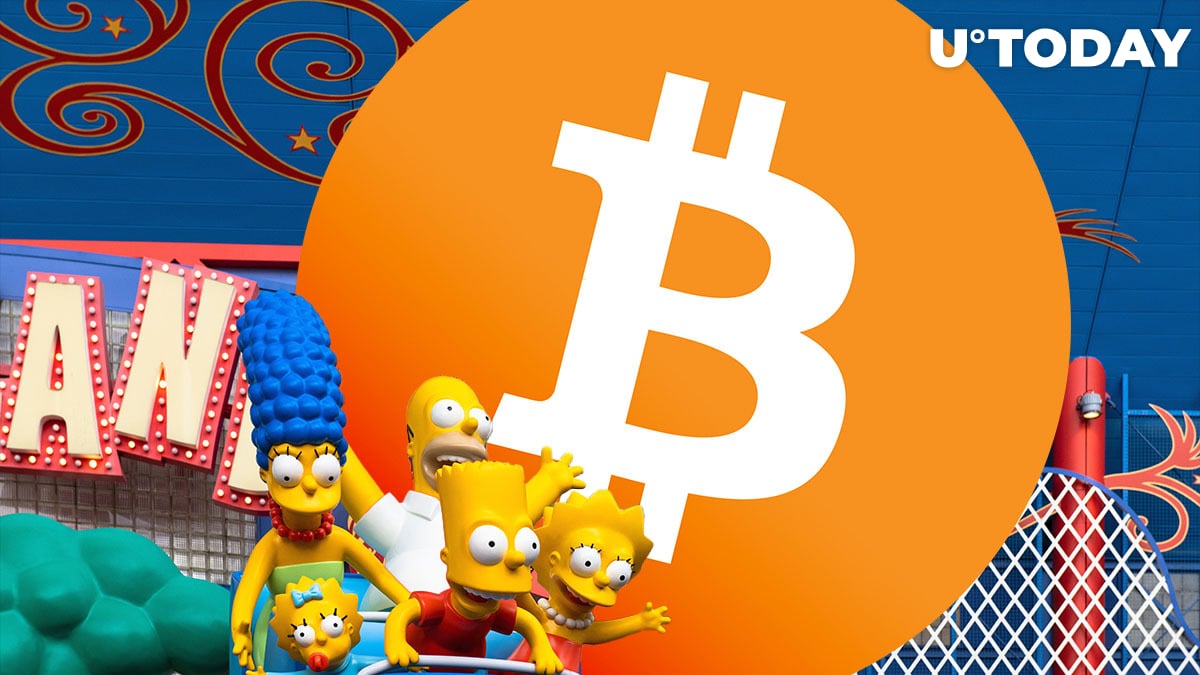 Bitcoin has once again made it to the longest-running scripted TV show in history.

"Burger Kings," the 18th episode in Season 32 of the iconic animated sitcom, "The Simpsons,” shows the largest cryptocurrency priced at infinity.

Apart from Bitcoin, the ticker news feed includes the stock of GameStop (GME) adding one trillion and then immediately losing two trillion, highlighting the immense volatility of the go-to yolo stock.

The most recent episode, which was aired on Fox on April 11, starts with Mr. Burns eating too many hamburgers and finding himself on the brink of death. He then comes up with the idea of selling burgers made of exotic plants so that he could extend people's lives and make them love him again.

His new company, X-Cell-Ent Burge, hires Homer Simpson to film commercials. Meanwhile, Marge is speculating in shares of the company and other stocks in order to buy her husband a new pair of pants.

Amid the ensuing "burger wars," Mr. Burns gets exposed: he was making his hamburgers from endangered plants that grow in the Amazon rainforest. Marge ended up selling her stocks before losing money.

A sneak peek into the future?

Cryptocurrencies and blockchain also made an appearance on "The Simpsons" last February, with Big Bang Theory's Jim Parsons offering a surprisingly in-depth explanation about the new technology.

The idea that Bitcoin could go up into infinity sits easily with industry leaders such as Kraken CEO Jesse Powell and MicroStrategy CEO Michael Saylor, who are convinced that there is no top because the U.S. Dollar has no bottom.

The tendency of "The Simpsons" writers to foresee the future is also playing into bulls' hands. Their crystal ball boasts a record of unnervingly prescient predictions: from the Donald Trump presidency to the Greece financial crisis.

Whether it is just confirmation bias or the genuine predictive power, there is a good chance that the legendary show will have a lot more to say in the coming years given that it was renewed for two more seasons last month.