Darryn Pollock
The job market is a dynamic and ever-changing space that follows the path of progression, so what can be expected down the line? 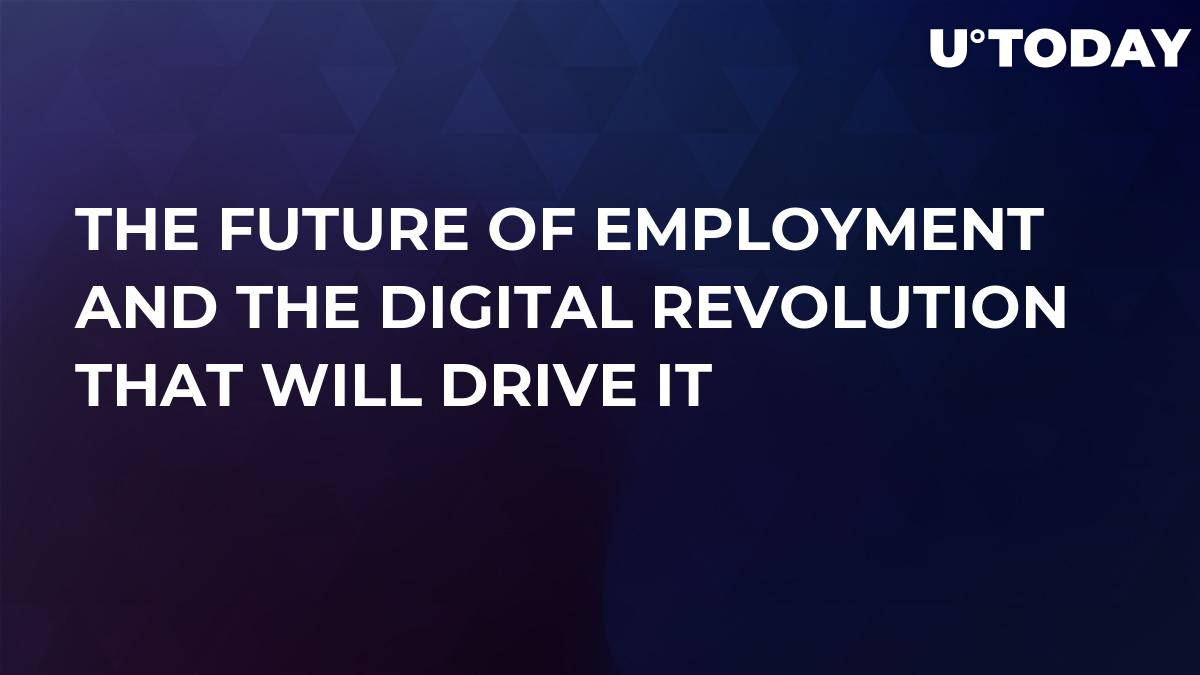 With the way that Blockchain is slowly starting to be picked up and seen as a tool of the future, it makes sense that the job market and employment sectors will soon follow to accommodate this upcoming revolution.

Some already settled occupancies will see a shift in their direction while other more established ones might feel the sting of progress and become more obsolete. There is a lot that can change as the ecosystem evolves and the workforce driving it adjusts to better fit into the space.

The Blockchain space in itself is still so new that there is a latency behind the employment boost; however, it is highly likely that as the world moves towards being more Blockchain-based, the intermediary possessions will change. More so, there will probably be a rise in new and currently unheard of professions.

Blockchain, as a disruptive technology, is also one that is much more focused on the empowerment of the individual rather than that of a corporation or employer for that case. To this end, its adoption drive is being pushed by a collective, and this is forcing major companies and businesses to accept and adopt.

However, it is also beneficial to the general working environment as the main disruption is focused on middlemen and intermediaries, which are inherently a flawed and ineffective part of any business.

So, under a new environment, which Blockchain can foster, the digital movement will see the role of intermediaries in this regime come down not so much to reselling goods and services, but rather to ensuring there is a successful communication between the seller and the buyer.

The individual basis of Blockchain and as such, the digital work environment will see these middlemen now not as gatekeepers between customers and product/services, but rather they will be working towards reinforcing a direct exchange between the two interested parties that transact business.

Max Borders, author of Social Singularity, explains that while Blockchain can remove intermediaries from certain areas, the adoption of this technology on a mass scale will actually spawn more middlemen.

“We will also start to see more hypermediation that is more middlemen in certain contexts,” Borders explains. “I call this phenomenon “human fractals,” a process whereby there exists a recursion of checkers — that is checkers of checkers.”

“Indeed, once issues of identity and reputation improve, we’ll start to see entire economic strata composed of people who have multiple simultaneous projects, not just a job. The very idea of a ‘job’ will transform as people start to engage dynamically with different hive-style projects as the costs of coordinating people goes down.”

More than just seeing the intermediate job sector being adjusted, there will be a total change when it comes to salesmen or selling assistants. Modern digital interfaces will be able to control and take over that aspect of business.

On the other hand, current traditional jobs and services will become far more prized and important, for example, economists and market analysts who attempt to make sense of the burgeoning environment.

Those very economies will be expanded by these types of jobs, but the information will be far more decentralized and distributed, this is the belief of Blockchain entrepreneur and investor Alexander Petrov.

“People will require a heightened level of financial competence, and because every person will have in their possession digital tokens, they will have to learn to continuously guard and grow their wealth.”

As with any advancing of time, there is always a rise of new professions; social media managers did not exist a mere 10 years ago. So, Borders believes that the landscape will be different, and with that, there will be new professions.

“Given hypermediation, I don’t think the landscape will look quite the same, although we’ll still have specialization. Blockchain enthusiasts who focus too much on disintermediation — binary Blockchain thinking — are missing the kinds of professionals likely to emerge or stick around.”

“For example, what lawyers do might change some, but because lawyering is as much job of interpretation as it is a job of being a middleman, lawyers will only be eliminated for certain tasks. They will become much more important in others — such as making arguments, fashioning new agreements, and doing that all-too-human business of dealing with the world’s vagueness.”

The idea of job obsoletion based on future changes, especially in the next leap which will be highly digital, is incredibly scary. But, Borders does not believe it needs to be feared in the same way people have an irrational fear of AI.

“People are afraid that distributed ledgers, like AI, will eliminate whole swaths of the economy. And they probably will,” Borders adds. “To the extent that bureaucracies can be eliminated or automated is something to be celebrated, not feared. Blockchain is just a damn good database with programmable logic. Seen in this way, distributed ledgers free up more resources and create more opportunities than they destroy obsolete jobs. That means some of the most common jobs might go away, while new sorts of jobs will become ‘common.’ Even being a checker of a checker has value.”