Alex Dovbnya
??Tether serves as a harbinger of another Bitcoin price pump for investors with tin-foiled hats?? 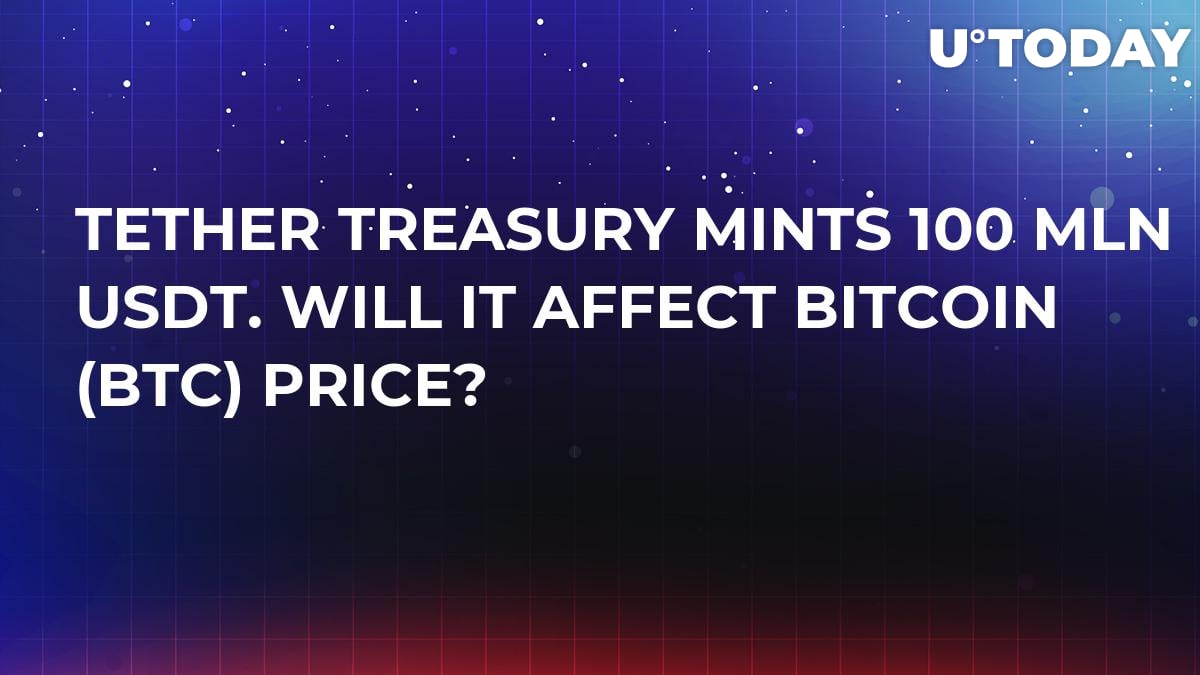 On June 8, Tether Treasury, which controls the circulation supply of the flagship stablecoin, minted $100 mln worth of USDT. That fueled many speculations that another price pump might be in the pipeline.

Related
BREAKING: Tether Confirms That 26 Percent of Its USDT Supply Is NOT Backed by Fiat

Tether has become an omnipotent force in the cryptocurrency market after a bombshell study that it was allegedly able to manipulate the price of BTC.

While there is no clear evidence that Tether indeed the BTC price to new highs, it creates some sort of cult around this stablecoin that hawkishly waits for another “printing session.”

Notably, Tether removed $300 mln from circulation back in October (before the stablecoin infamously lost its peg). That coincided with Bitcoin breaking below the $6,000 support level.

As Tether CTO Paolo Ardoino points out, the recent USDT minting is also connected to their undergoing migration to the Ethereum Blockchain.

Hence, it is not clear how much minted of new tokens will be used for future issuances.

Note that this serves both to fullfil upcoming issuances and Omni to ERC20 swap.

The Bitcoin-based Omni protocol isn’t able to handle transaction-heavy coins, such as Tether.

Despite its market cap standing at only $3.7 bln, USDT has surpassed BTC by daily transaction volume, according to data provided by CoinMarketCap.