Alex Dovbnya
? ?Tether’s printing machine is back at it again, but this time it is unlikely to influence the Bitcoin price? ? 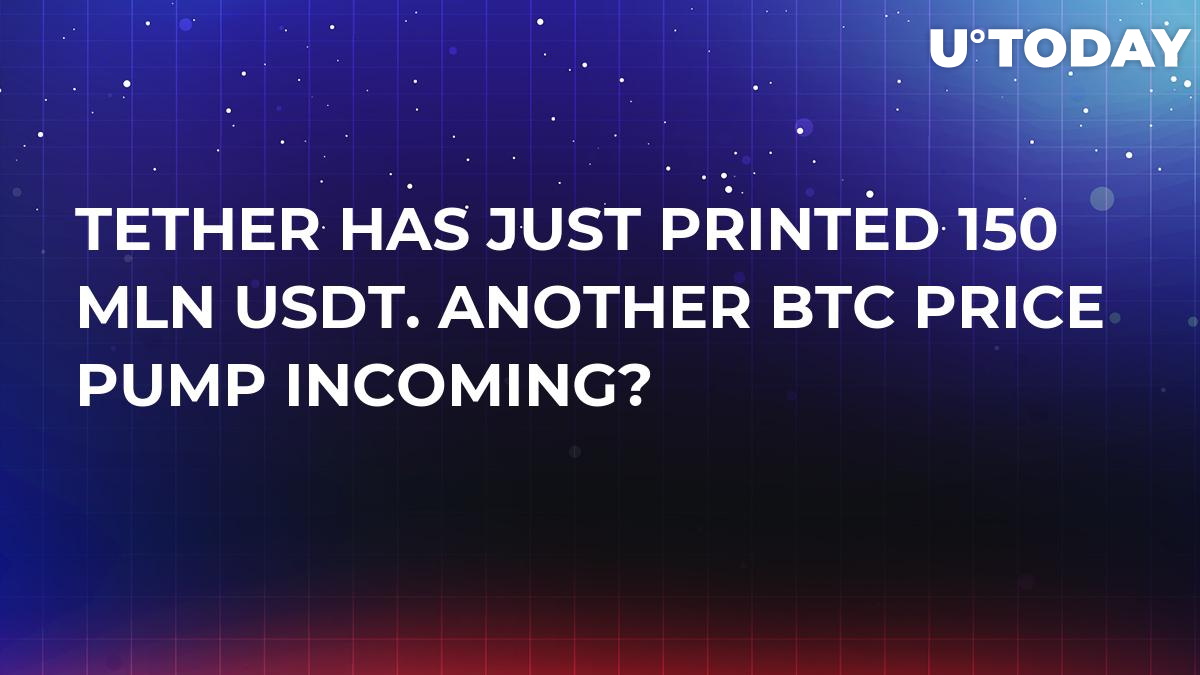 Tether, the controversial stablecoin issuer, has recently minted 150 mln USDT. Subsequently, it led to speculation that another BTC price pump might be in the pipeline.

Related
BREAKING: Tether Confirms That 26 Percent of Its USDT Supply Is NOT Backed by Fiat

Bitfinex CTO Paolo Ardoino has clarified that this freshly printed USDT has been authorized without issuing. 150 mln USDT was sent to the company’s treasury account, and it will be used to fulfill the company’s “future issuance requests,” as Ardoino puts it.

Tether has been long suspected of manipulating the price of BTC after a bombshell study, which concluded that BTC reached its current ATH in December 2017 with the help of the controversial stablecoin. However, considering the aforementioned comments made by Ardoino, it is unlikely that the freshly printed USDT will produce a noticeable impact on Bitcoin since it is yet to be actually issued.

As reported by U.Today, the BTC price surpassed the $8,000 level on June 10 once again after witnessing a six percent spike. That flew in the face of those who pointed out to numerous technical indicators with bearish bias. Even experienced trading analysts were surprised to see the uptick that took place out of nowhere.

While the bulls expected BTC to finally rise above the lower $8,000 level, it didn’t happen. The top coin has just had another minor pullback that pushed its price back to the $7,800 region.