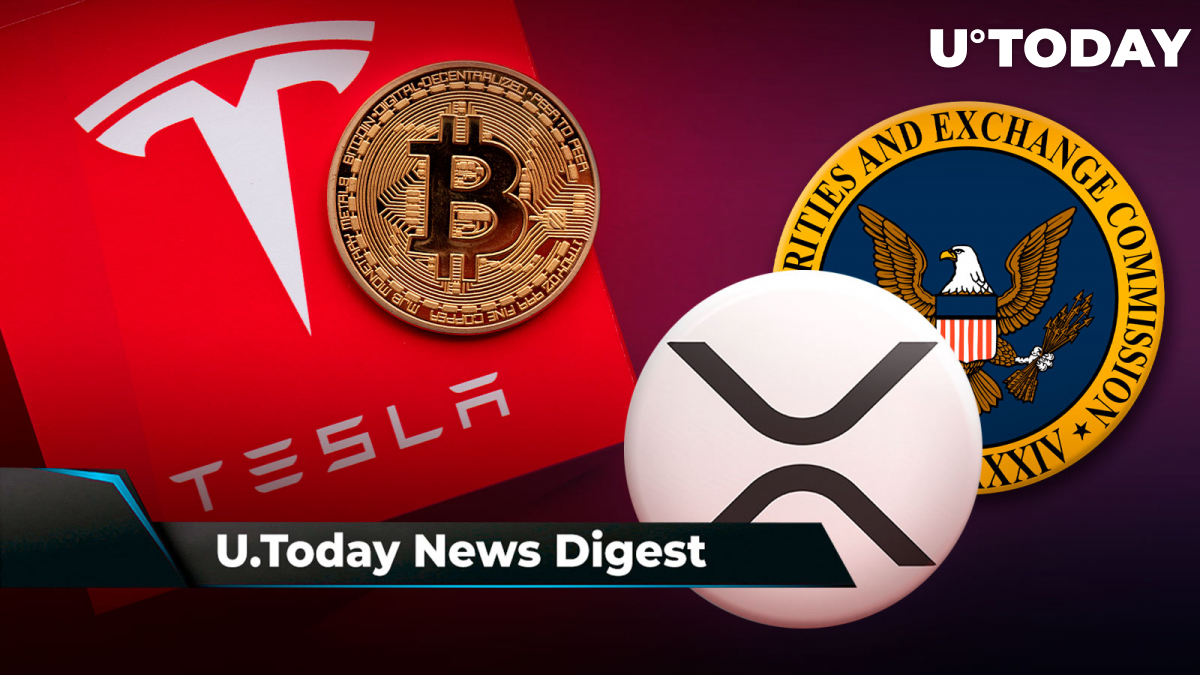 Tesla sells most of its Bitcoin holdings

During its Wednesday earnings calls, Tesla, leading e-car manufacturer, announced that it converted 75% of its Bitcoin holdings into fiat. According to the company’s Q2 report, at the end of the second quarter it held only roughly $218 million worth of crypto. Back in February 2021, Tesla purchased $1.5 billion worth of Bitcoin, making its price spike to new highs. Shortly after that, the e-car maker sold a small portion of its holdings to test Bitcoin's liquidity. This February, Tesla reported that it had held roughly $1.99 billion worth of Bitcoin at the end of 2021. The flagship crypto dropped 6.13% on the news and is currently trading at $22,509, according to CoinMarketCap.

Ethereum creator Vitalik Buterin has recently praised the Shiba Inu cryptocurrency while responding to a tweet about the winners of a fellowship in AI Existential Safety named after him. Buterin thanked the meme crypto’s community and wrote that their beloved coin made these fellowships possible. This tweet by ETH co-founder was well received by Shiba Inu enthusiasts: at the moment of publication, it scored more than 8,000 likes and close to 3,000 retweets.

Last year, Buterin, who was unwillingly gifted half of the Shiba Inu supply by its creator, made headlines when he gave $1 billion worth of SHIB to a pandemic-focused relief fund.

The U.S. Securities and Exchange Commission has asked the court to revoke the amici curiae status granted to holders of the XRP cryptocurrency. Back in March 2021, a group of XRP holders led by attorney John Deaton filed a motion to intervene in the case. Despite the court rejecting their effort to intervene in the case in October, they succeeded in getting amici status. This made it possible for XRP holders to file “friends of the court” briefs. In May, Deaton asked the court to file an amicus brief regarding the opinions of Patrick B. Doody, the SEC’s expert. The SEC says that the movants’ proposed brief would simply “duplicate” the defendants’ efforts.

Yesterday, Cardano, Dogecoin and Shiba Inu recorded significant gains, posting a 24-hour positive change of 10.78%, 14.77% and 12.26%, respectively. The three cryptocurrencies owe their growth to different factors. As reported by U.Today, Cardano's Input Output has become a new member of the American Chamber of Commerce (AmCham) Mongolia, which made ADA’s price rise. When it comes to Dogecoin, the meme crypto is also looking forward to the upcoming release of Dogecoin Core update 1.14.6. The update hopes to include important security updates and changes to network efficiency. Shiba Inu, in turn, anticipates its growth in an ever-increasing community, with a holder count presently at 1,209,427. SHIB also ranks as the biggest token holding for the top 100 ETH whales, who now "hodl" $563,163,878 worth of SHIB.