Arman Shirinyan
UST makes massive comeback, it may seem, but it is most likely a simple bug 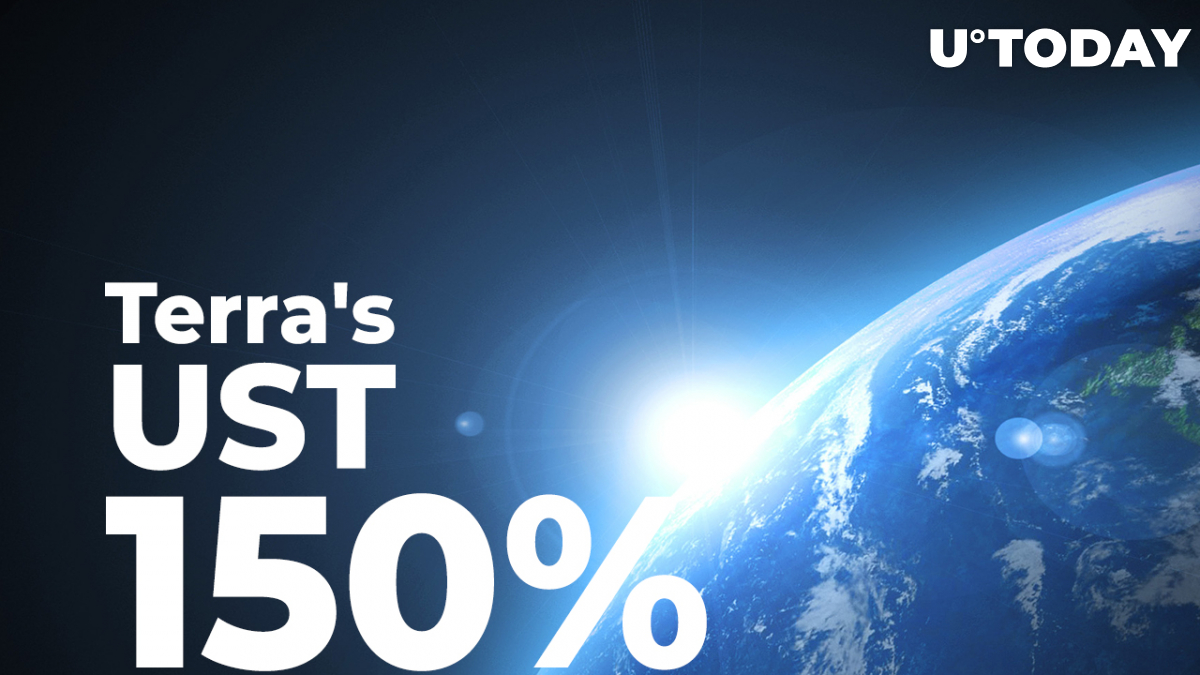 According to data from the CoinMarketCap tracker, Terra's UST stablecoin, which recently caused a catastrophe on the cryptocurrency market, suddenly spiked by 150% to $0.3, while no major announcements nor inflows were tracked.

As the page suggests, TerraUSD is up 150% in the last few minutes, as the price of the stablecoin rallies to $0.3, which seemed impossible without billions of inflows to the cryptocurrency. But the reason behind it might be simpler than you think.

According to data for UST, CoinMarketCap took the price of the stablecoin from exchanges like KuCoin and Kraken, which are now offering TerraUSD for $0.3. But while some traders rushed to sell their UST at a huge premium, they saw nothing but a previously tracked price of $0.095.

The price shown on CoinMarketCap may sometimes differ as the market sometimes sees split-second slippage caused by the lack of liquidity, which most certainly is an issue for TerraUSD.

We should also take into consideration a potential bug in the matching engine that could have happened from both the exchange and website tracker side. Websites similar to CMC show the price below $0.1.

As for the price of sister cryptocurrency Luna, it still trades at around $0.00018 with no price movements whatsoever. In case UST's market value moved by 150%, we would most likely see a similar effect on Terra's underlying cryptocurrency.