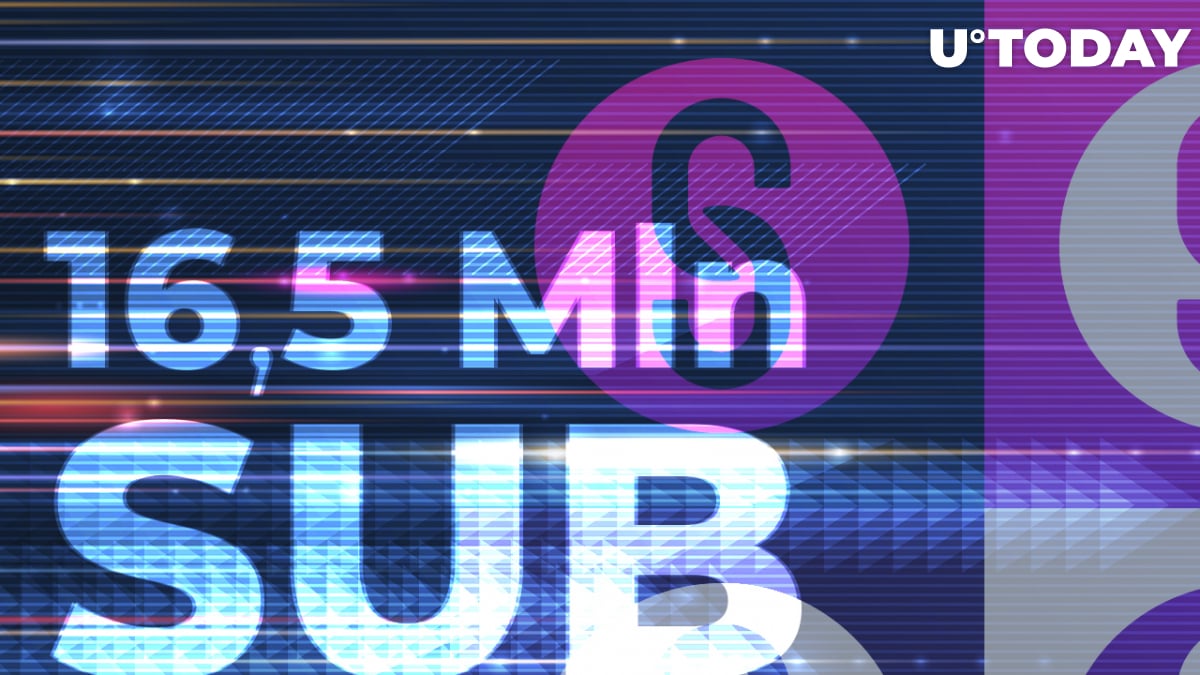 SubSocial, a unique project that promotes itself as a high-performance open-source platform for building decentralized social platforms on Polkadot's technical basis, becomes the winner of the parachain auction on its "sister chain" Kusama.

According to a press release shared with U.Today, SubSocial, a Substrate-centric open social network building ecosystem, has won another of Kusama's parachain slot auctions.

Those that build networks should be rewarded.

Its supporters backed its parachain slot bid with 100,420.69 KSM, or more than $27,200,000 in equivalent. This is one of the most impressive results in the history of Polkadot's canary network.

To reward its supporters for their contribution, the SubSocial team is launching the SUB bonus program. Starting from early January of 2022, SubSocial is going to distribute 16,500,000 SUB tokens between the KSM stakers who supported its bid.

With its first parachain slot leased, SubSocial is now able to utilize XCMP, Kusama's cross-chain message-passing protocol. This protocol allows it to interact with other products on Polkadot and Kusama.

Also, its SUB token will be listed on decentralized exchanges to ensure a constant liquidity inflow to the ecosystem. In turn, other "social" tokens can be seamlessly used in SubSocial's projects.

SubSocial founder Alex Siman stresses that this milestone is a crucial one for his product and for the entire Dotsama ecosystem:

We are thrilled to have Subsocial secure a parachain slot on Kusama. This will allow us to build all sorts of innovative integrations in the Social Finance sector. Our community's support has been incredible.

Once its parachain slot goes live on Jan. 8, 2022, the ongoing beta version of SubSocial will be relaunched as a standalone mainnet.

Then, the protocol will operate two chains simultaneously, and SUB tokens can be transferred between them in a seamless manner.