SONM From Russia with Love Red Flags: Past ICO Review

Eric Eissler
Fog-computing platform is opaque when it comes to answering questions; cries of “scam” abound 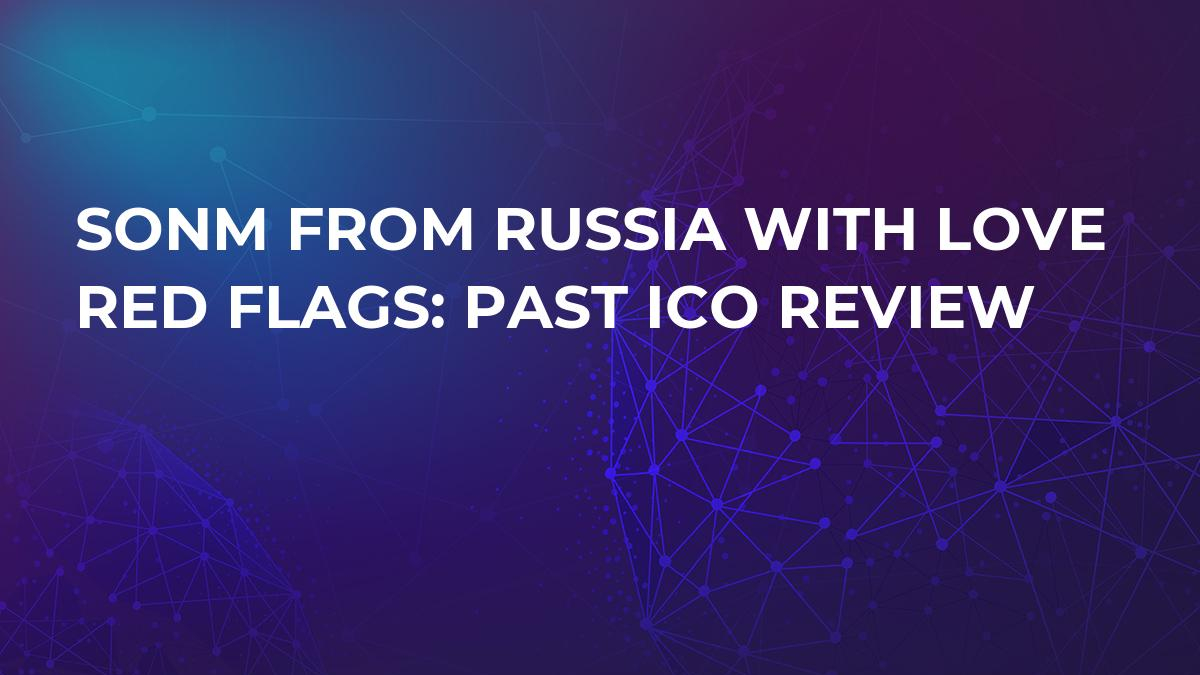 It has always been one trying to outdo the other. This time, in the race to create a cloud-based (or “fog” according to the website) supercomputer, the Russians have come up a bit short and with a few red flags.

Got some spare change?

In the interim, if it had experienced a surge to a max of $0.70 in January 2018 as many other tokens did during the tumultuous times around the holidays.

A fistful of change will get you a few tokens, but it is uncertain how this token will fare because there are a few red flags that make the tepid investor stop and wonder.

When you speak the truth, there is no need to make up a story with holes in it. When you like you change details or terms, such as percentages. According to a story on Reddit, The dividend percentage, which is something that should be decided very carefully and shouldn't change at least after pre-ICO. That's what a reliable company would do. SONM did not.

Furthermore, they did not use escrow, but rather the team had multi-sign contracts that the team held themselves, this raises some suspicion, because a third, neutral party should be involved with kind of financial instrument due to the ease of committing fraud.

Moreover, the communications with the public, investors and potential investors  are filled with unanswered or vaguely answered questions which adds more to the bad public image the company already gave itself.

On a final red note, there were many accusations of scam floundering about, while, it seems some people might have gotten burned, SONM did not close up shop and run away with the money, it is still up and running and on the boards to trade.

But with a shaky start and foggy background, many would be leery about investing money in something that might just shut down overnight.

What is it supposed to do anyway?

Glad you asked, SONM is akin to Golem, and a direct competitor too. According to the Somn website:

SONM Customers (consumers, clients, buyers) are people and companies, that have a demand of computing powers- hardware PCs, servers or virtual machines of different kind. Customers define what resources and capabilities are required and what price is acceptable for them on the global decentralized marketplace of SONM.

After scouring the Reddit boards, there appear to be some angry people that seem to have gotten burned, or who feel ripped off in some way after investing.

Despite all this, the company continues on and so does the trade, albeit the price has not risen much since January 2018.

Flat activity could be some indication that there is a lack of interest and general wariness towards this company.