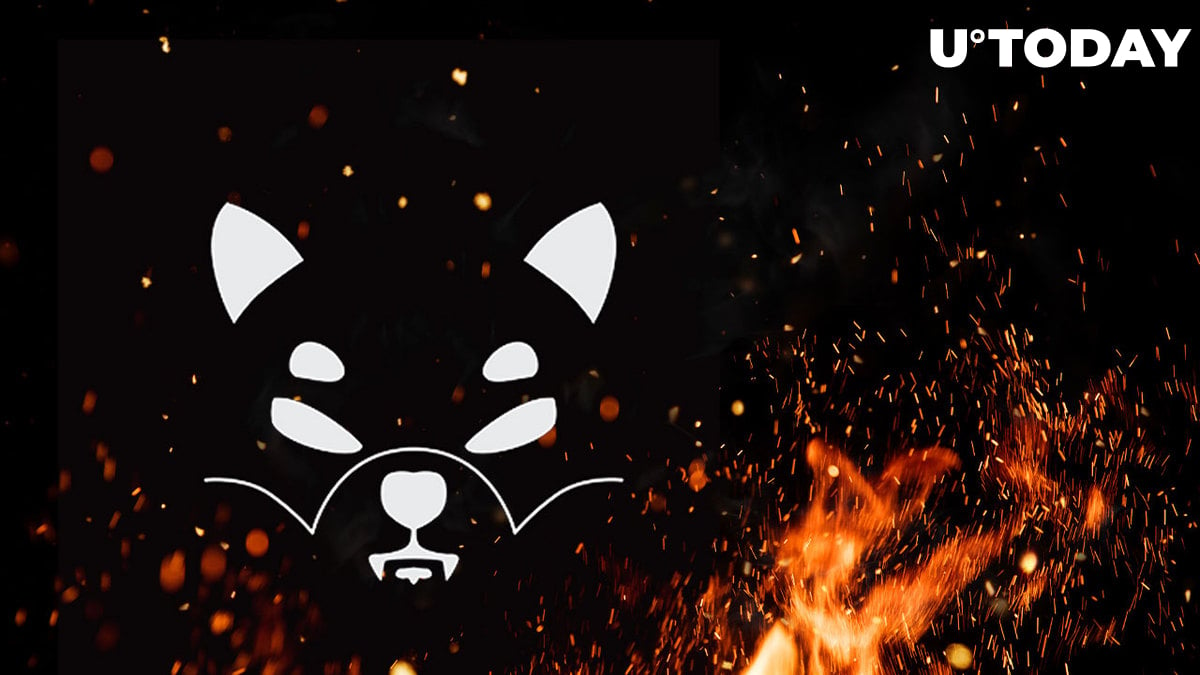 According to the Shibburn website, the burn rate of Shiba Inu has significantly increased over the past 24 hours. The Shibburn Twitter handle reported a chunk of 219,660,376 SHIB tokens burned and over 16 transactions made about eight hours ago. This number has increased presently.

At the time of publication, the Shib burn rate was demonstrating an increase of 230% while 357 million Shib have been burned according to the Shibburn website.

In the past 24 hours, there have been a total of 219,660,376 $SHIB tokens burned and 16 transactions. Visit https://t.co/t0eRMnyZel to view the overall total of #SHIB tokens burned, circulating supply, and more. #shibarmy

A staggering 4,553,606,683 SHIB were sent to dead wallets in June due to the Shiba Inu community's enthusiasm for burning tokens, as seen in the 400 transactions being made.

By sending tokens to a dead address or crypto wallet, or by burning them, tokens are permanently removed from circulation. In this instance, the burning of Shiba Inu is a community-wide initiative that aims to reduce the total supply of SHIB.

FCFPay, a cryptocurrency payment gateway, has shown support for BONE by announcing plans to list it soon. Additionally, FCFPay hinted at LEASH support. The exchange is now teasing support for the other tokens in the Shiba Inu ecosystem, including BONE and LEASH, after listing SHIB in April.

Amazing to see the support for the entire Shiba Ecosystem from FCF PAY.

Thanks @fcfpay for the notice about working towards listing $BONE 🦴🍖 and considering also $LEASH.

The trifecta = ✨ beautiful ✨ it’s been great getting to know you guys, and the team as well! https://t.co/YKuQn48LWh

On-chain analytics firm Santiment reports that as a result of increasing user involvement on the network, address activity for Shiba Inu has reached seven-week highs. According to Santiment, SHIB has grown by 35% in this regard.

This follows as Shiba Inu's holder count continues to grow. According to WhaleStats, the number of SHIB holders currently stands at 1,190,221, which is not far from the all-time high reached. Shiba Inu is currently trading at $0.00001, somewhat higher than it was a day ago.