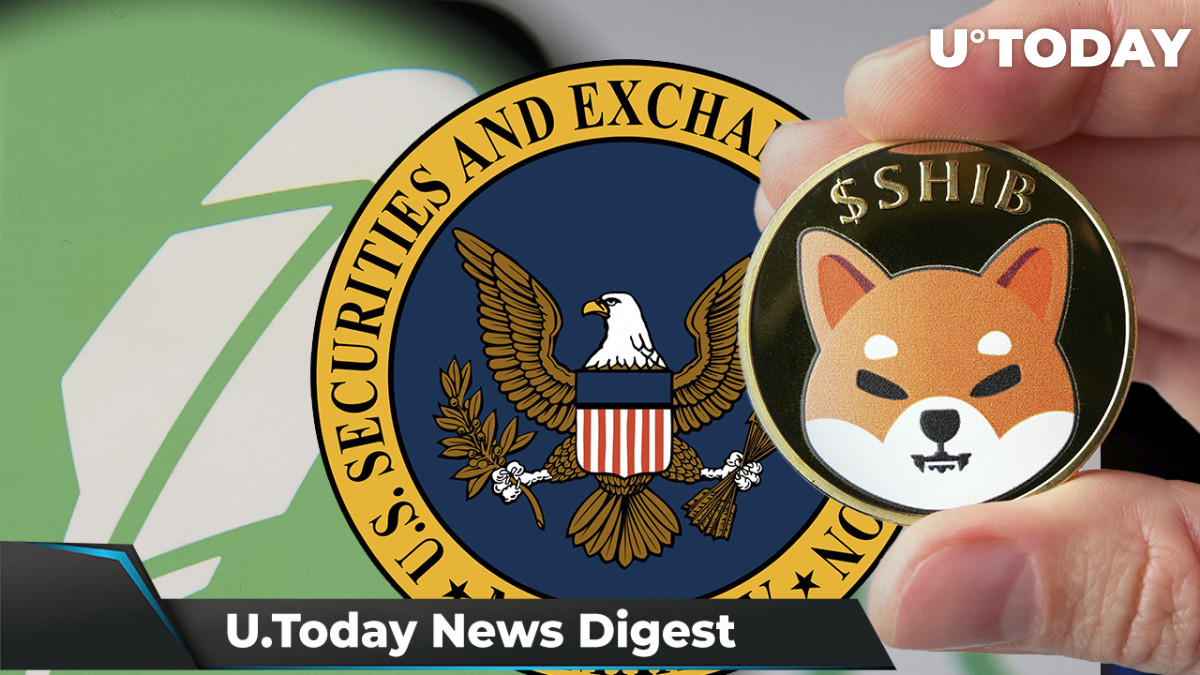 U.Today helps you keep an eye on the latest updates in the industry. Check out the top four news stories over the past day!

During his recent appearance at the WSJ CFO Network Summit, Jason Warnick, chief financial officer at Robinhood, commented on listing the Shiba Inu cryptocurrency, saying that the platform would keep its options open. He added that countless requests to add more cryptocurrencies are not lost on Robinhood and that before moving forward with new listings, the company needs more regulatory clarity.

Crypto ban to be imposed by Pakistan State Bank

Pakistan has joined the club of anti-crypto countries, according to local media outlet samaa.tv. The State Bank of Pakistan and the country's federal government have decided to declare the use of cryptocurrencies illegal. One of the reasons for this is crypto being used for money laundering and funding acts of terrorism. To impose the ban, a legal framework will be created later on.

Apart from that, the Pakistani financial authority is conducting an investigation against the Binance exchange. No further details have been provided yet.

Yesterday, Ripple general counsel Stuart Alderoty started a Twitter thread devoted to Gary Gensler’s recent comments, in which he slammed the SEC chair, saying that “regulation by enforcement” creates an uneven playing field of winners and losers. Ripple’s top lawyer also accused the SEC of playing the “delay card” and urged the regulator to move the case “as swiftly as possible.”

At the moment, Ripple is awaiting a court decision on its motion to get internal SEC documents that could explain why the SEC gave Ethereum, and not XRP, a break.

India to start its own Bitcoin and Ethereum ETF

As reported by The Economic Times, Torus Kling Blockchain IFSC and India INX have teamed up to roll out the first futures contract products for Bitcoin and Ethereum. In addition to digital asset-based futures, the two companies propose to offer Metaverse U.S.-listed large-capitalization discount certificates. This BTC and Ether ETF will be the first futures contract exchange-traded fund to be launched outside of the United States.

As reported by U.Today in December, the Indian government postponed finalizing its cryptocurrency prohibition bill