Valeria Blokhina
Check out the latest news digest by U.Today so you don’t miss the most important events in the crypto industry! 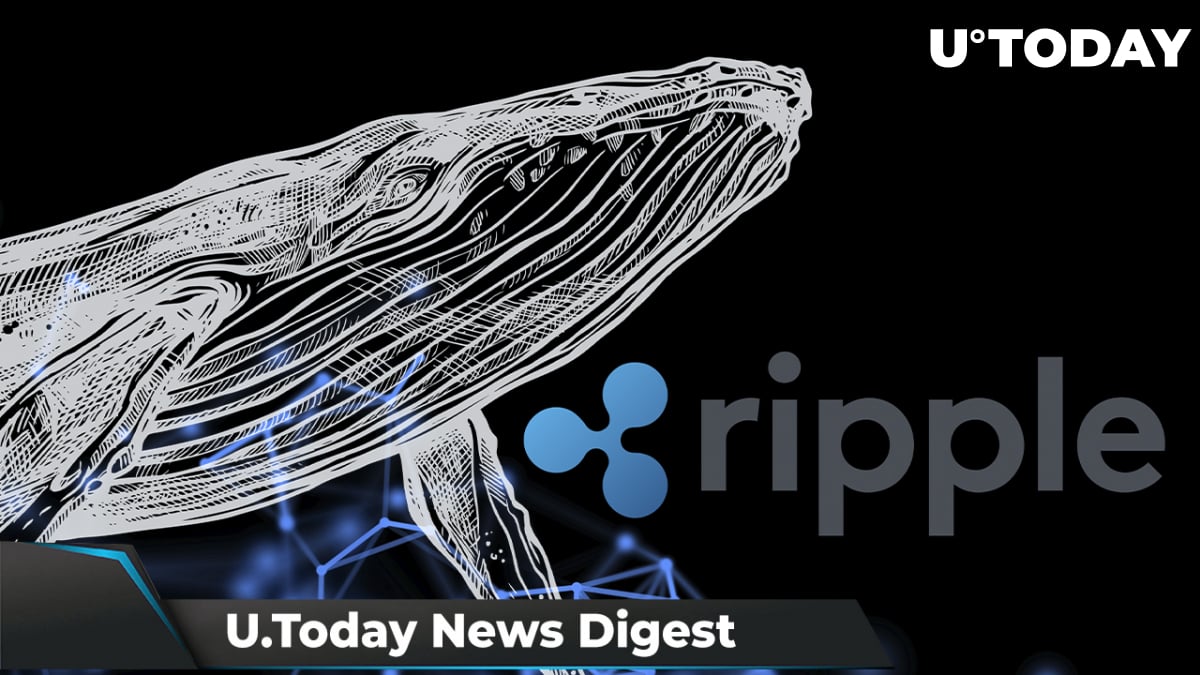 U.Today has prepared a summary of the top four news stories over the past day. Stay tuned for what’s on the crypto industry’s agenda!

RippleNet’s general manager, Asheesh Birla, has recently been very pleased with its growth. As he recounted in the episode of “The Ripple Drop” published this Thursday, Ripple’s flagship On-Demand Liquidity (ODL) product is close to achieving “global coverage” and is currently operating in 22 destination markets.

In the meantime, in response to Ripple’s demand to bring new innovative use cases to their customers, Birla is working with RippleX to figure out new opportunities in the NFT space. He states that  the NFT market could be bigger than anything the crypto community has seen so far in terms of adoption.

Unlike average investors that would most likely avoid purchasing and even trading Shiba Inu, whales and large wallet owners think differently. Yesterday, an anonymous whale decided to follow the top 500 Ethereum wallets that have been grabbing SHIB tokens for the last couple of days and bought 271 billion canine coins worth more than $6 million.

The purchase coincided with the token’s 5% recovery, but the price uptrend did not last. At the moment, Shiba Inu is trading at $0.00002187 per CoinMarketCap.

The Crypto Twitter community is not new to hints and riddles left by the official accounts of popular cryptocurrencies or crypto influencers. This time, Grayscale founder Barry Silbert decided to make his followers scratch their heads over his recent tweet. The top exec compared Bitcoin to Pink Floyd, Ethereum (ETH) was likened to U2, Litecoin to the Eagles, XRP to Coldplay and ZCash to Radiohead. However, Dogecoin was not given a comparison, with only a question mark left next to it.

Santiment data demonstrates that Cardano (ADA) remains among the top five assets in terms of development activity. First place, according to Santiment’s tweet, is held by Uniswap (UNI) and second place by Solana (SOL). Cardano is sitting in third place, followed by Polkadot (DOT) and Kusama (KSM).

Cardano has not always been left behind other assets. In 2021, as reported by U.Today previously, Cardano topped the list of the most developed assets.