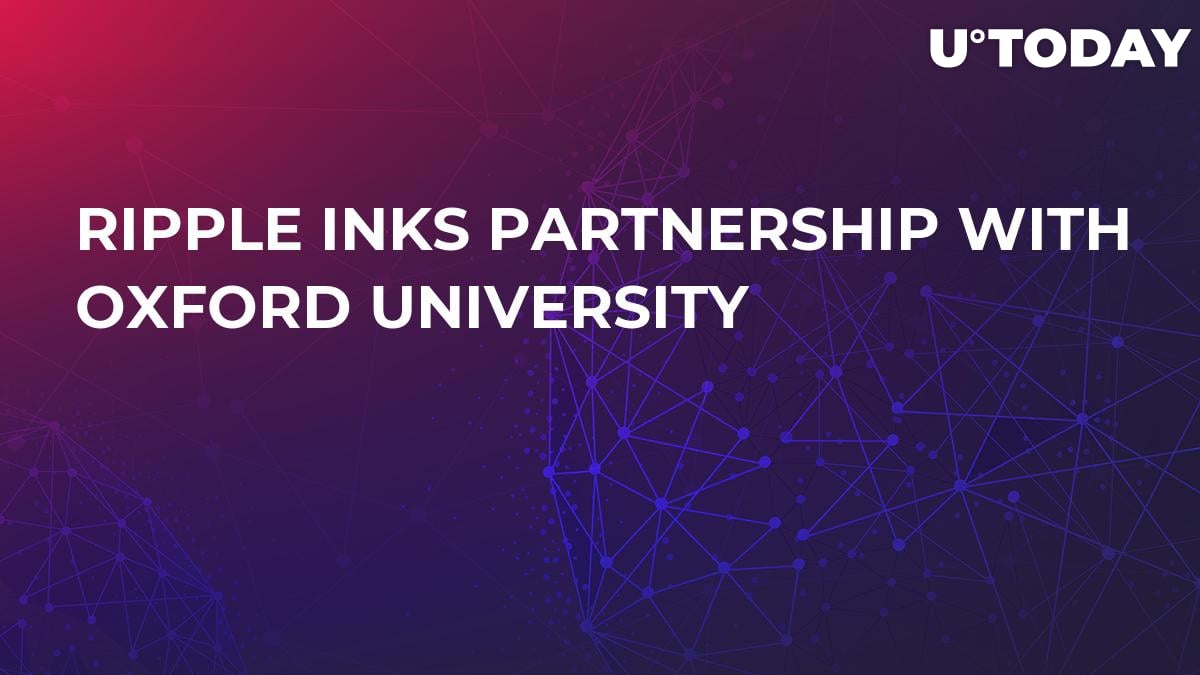 Leading cryptocurrency company Ripple has secured a partnership with the Oxford Foundry, further expanding its University Blockchain Research Initiative (UBRI) that was launched in June 2018.

“We’re absolutely delighted to be partnering with Ripple. The UK has a big tech skills gap and we’re helping address that," said Ana Bakshi, director of the Oxford Foundry.

From now on, about 1,000 Oxford students will be able to improve their knowledge of blockchain and other bleeding-edge technologies such as artificial intelligence (AI) and machine learning (ML).

Ripple and Oxford will be able to create a network of exceptionally tech-savvy students who could engage with top companies in their respective niche.

Notably, the Oxford Foundry, the entrepreneurship hub of the University of Oxford, received a hefty $1 mln donation from LinkedIn co-founder Reid Hoffman, a vocal crypto supporter.

Related
Ripple Opens New Office in the Heart of Washington, DC, to Educate US Lawmakers

Back in February, U.Today reported that the UBRI already had 29 universities under its belt. The main aim of the initiative is to foster Blockchain innovations around the globe.