Darryn Pollock
The hype around cryptocurrencies spurred as many as one in five students to invest using their student loans. 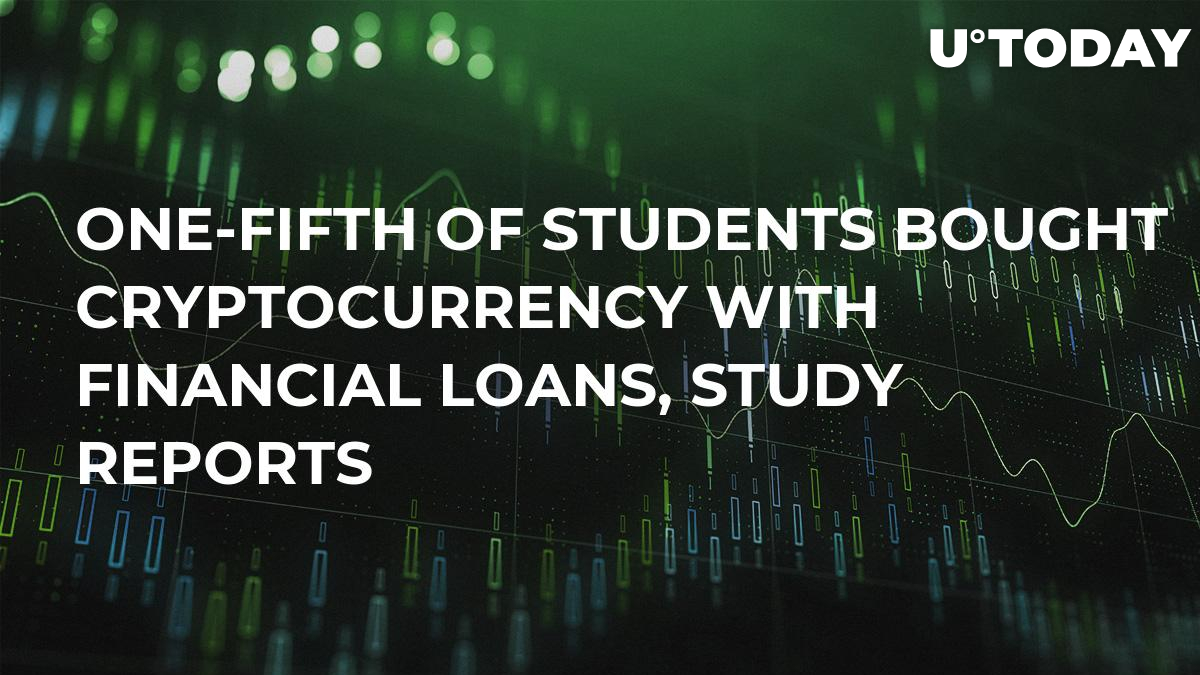 In a study conducted by the Student Loan Report, it has been suggested that as many as one in five students delved into their financial loans in order to purchase cryptocurrency as a form of investment.

The survey questioned 1,000 students in the US with 21.2 percent of them admitting that they had used funds intended to be for their studies, which were loaned to them, to buy cryptocurrency.

The figure represents that one-fifth of these students have decided to enter the cryptocurrency market using debt, which has often been frowned upon as bad decision making. It is not only dangerous for the buyer, but for the technology as well seeing as it is a hallmark of the Dotcom bubble too.

Student loan borrowers were able to pull off such a maneuver because they are given their remaining student loan funds to be used for living expenses. Sometimes, student debtors borrow more than they end up needing for that semester of classes.

This additional money, while not needed for their studies, was still supplied as debt and thus, still spent as debt on an asset that is highly volatile.

A new generation of debtors

The correlation between the age of these debtors, being students, and the fact that they are using borrowed funds is not random. It has been shown before that those who are most keen on cryptocurrencies are those of a younger age bracket.

But the danger is, that even with a new generation of investors, the old problems remain with this idea of buying with debt. Cryptocurrencies have shown incredible growth that many do not want to miss out on, and, not having available funds is pushing them to make bad decisions.

It is especially damaging when one realizes that the volatile nature of cryptocurrencies means that their investment with debt can double just as easily as it can half.