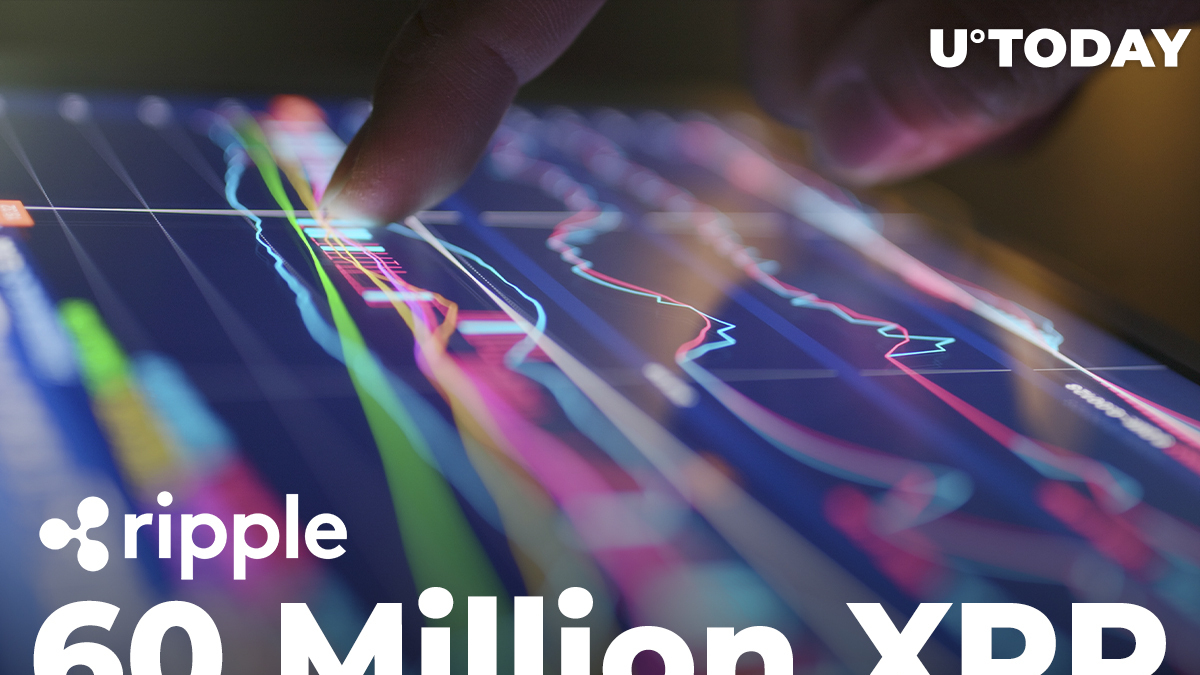 Ripple distributed ledger tech provider, and the most regulator-battered crypto exchange at the moment, Binance, have transferred a whopping 60 million XRP, according to data provided by Whale Alert.

Whale Alert has tweeted that, over the past 14 hours, Ripple crypto behemoth worth over $10 billion and the Binance exchange have made two transfers on the XRP ledger.

Binance has sent 50 million XRP ($61,613,496 USD) to China-based Huobi. Ripple moved the remaining 10 million XRP tokens to the Coins.ph crypto trading platform based in the Philippines.

The transaction was made via one of Ripple's wallets: RL43-EE.

Recently, U.Today covered that the San Francisco-based fintech giant Ripple set up a new On-Demand Liquidity corridor for remittances from Japan to the Philippines. It allows users to convert yen first to XRP and then to the Philippine peso.

ODL (formerly known as "xRapid" and rebranded not long ago) allows for conducting cheaper remittances, thus solving the problem for many countries, including Japan.

SBI in Japan has chosen a local crypto exchange for this in the Philippines, Coins.ph.

The total amount of XRP transferred by Binance and Ripple constitutes $73,685,004 in fiat.

On Saturday, Aug. 14, the sixth-largest crypto affiliated with Ripple, XRP, demonstrated a massive surge to the $1.33 level, rising 24.57 percent.

According to data shared by the Santiment team, this price action was triggered by a rise in XRPL development activity on Github.

By now, however, the coin's price has gone down, and XRP is changing hands at $1.20 per token.

The XRP community, however, remains optimistic as XRP has managed to remain above the $1 line since Aug. 12.