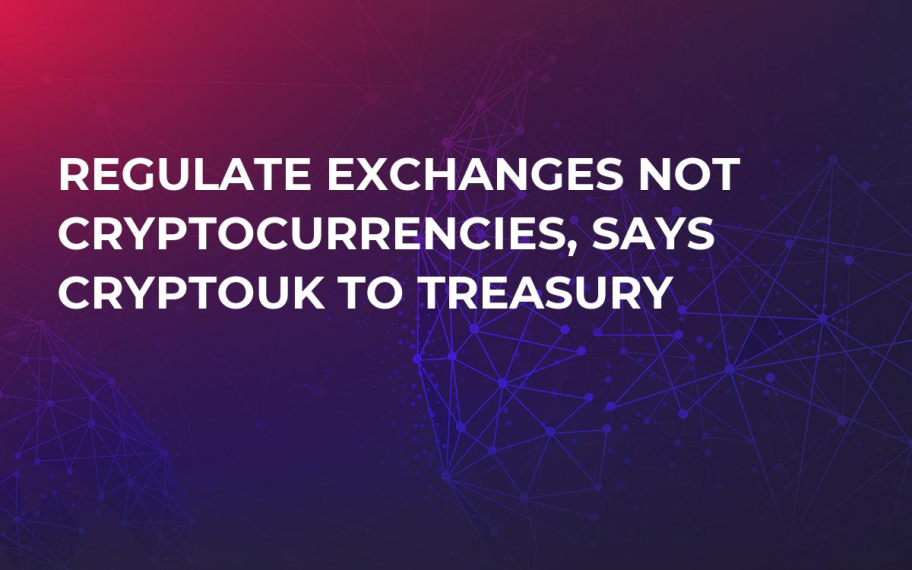 CryptoUK,  a self-regulatory trade association for the UK cryptocurrency industry,  suggested to members of parliament that they should favor regulation that targets exchanges, trading platforms and brokers instead of digital currencies themselves.

The chair of the group and current managing director of eToro, Iqbal Gandham, told  UK-based news site CityAM about its recommendations.

“Introducing a requirement for the FCA to regulate the ‘on-off’ ramps between crypto and fiat currencies is well within the remit of HM Treasury. Based on our analysis, this could be achieved relatively easily, without the need for primary legislation and would have a huge impact both in reducing consumer risk and improving industry standards.”

The group also underscored that governance of the cryptocurrency investment sector should be under the jurisdiction of UK’s Financial Conduct Authority (FCA) which could be responsible for implementing anti-money laundering rules, operational standards, and checks on the appropriateness of investors.

“This is a wonderful opportunity for government to take a proactive stance, putting action where there are positive words and reinforcing the UK’s role as the world’s financial capital.”